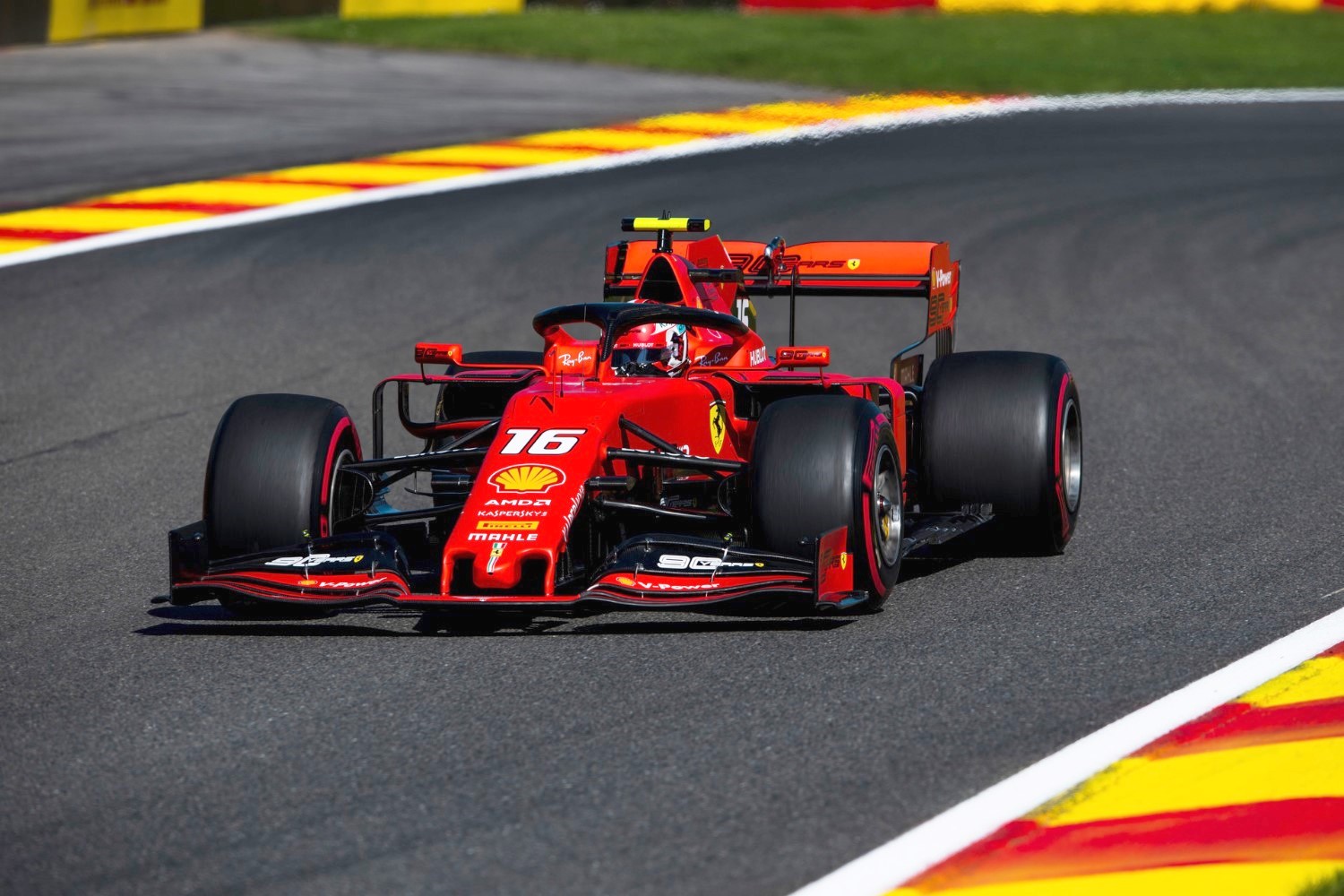 "It is for Anthoine, it feels good but difficult to enjoy on a weekend like this," says Leclerc over the radio, as he crosses the line for his maiden F1 victory in a drama-packed final lap. Giovinazzi crashed on the last lap and was buried in the wall at Pouhon but was already chatting to the team on the radio which was great to hear.

Valtteri Bottas took the final podium spot for Mercedes while Sebastian Vettel finished over 26 seconds behind in 4th.

While Vettel had no chance to win he did hold up Lewis Hamilton just enough to allow Charles Leclerc to hold off Hamilton.

Alexander Albon came from the back to finish 5th in his first race for the Red Bull team while his teammate Max Verstappen crashed out on lap 1.

With the win Hamilton increases his point lead over teammate Bottas by 65 points and is pretty much guaranteed another world title as we predicted before the season started.

Lewis Hamilton
It's been a very difficult weekend for everyone in motorsport and today I raced with Anthoine in my thoughts. In general, it's been a wobbly weekend but to have a solid Qualifying and then a solid race today, I'm really happy. Of course, you always want to win on a race day, but I gave it absolutely everything I had. Ferrari were a very strong force but for us to be that close at the end means there are plenty of positives to take. I'm happy for Charles, he did a fantastic job all weekend so congratulations to him. We've got a lot work to do to try to catch up to Ferrari on the straights in the next four days, but if anyone can do it it's this team. Hopefully we can have another close race next weekend in Monza.

Valtteri Bottas
It's been a tough weekend for everyone after yesterday's sad news. I was trying as hard as I could out there but not many opportunities came my way. The race pace felt OK, but Ferrari were stronger on the straights as we expected. I was maybe lacking a bit at the end of the first stint with tyre drop off but the second stint was strong. However, there was no other opportunity for me to attack before the end of the race, so we decided to save the engine and the gearbox. Spa has normally been a difficult track for me, but we made up a position with better strategy and I actually think this has been my best performance here. Now we look to Monza where we expect Ferrari to be quick again, but we'll push hard to fight them.

Toto Wolff
Overall, this was a weekend of damage limitation for us in terms of the championships, so we can be satisfied to come away with a double podium finish and two strong drives from Lewis and Valtteri. We had a quick race car this afternoon, pulling back lots of time through the second sector as the tyres degraded, but you could see the straight line speed of our competitors – even with the DRS and the tow, we didn't really have enough of a speed delta to put them under pressure lap after lap. When you finish so close to P1, of course you look back at what you could have done better – perhaps the optimum stop lap for Lewis would have been one earlier, but it's a lot easier to make that call with hindsight. Of course, the big picture this weekend is a different one – a talented young man lost his life yesterday and that has overshadowed everything. We must continue to remember him and hold Anthoine's memory high – today was Charles' well-deserved maiden F1 victory, and they were close friends, so everything happens for a reason.

James Allison
We'd hoped for better but it would be churlish not to be happy with a very solid second and third place and all the points that they bring for us. Charles was out of touch yesterday in Qualifying and, although it looked for a short while as if we would have him in our clutches today, he was just a bit too good over the race for us over the race distance. There were a lot of reasons to be happy about our car performance today: it ran nicely on its tyres, with less degradation than our major competitors and performed strongly through the corners. So, looking forward from here to the circuits that are ahead of us, Monza is not going to be an easy one but the tracks after that we can look forward with a degree of confidence.