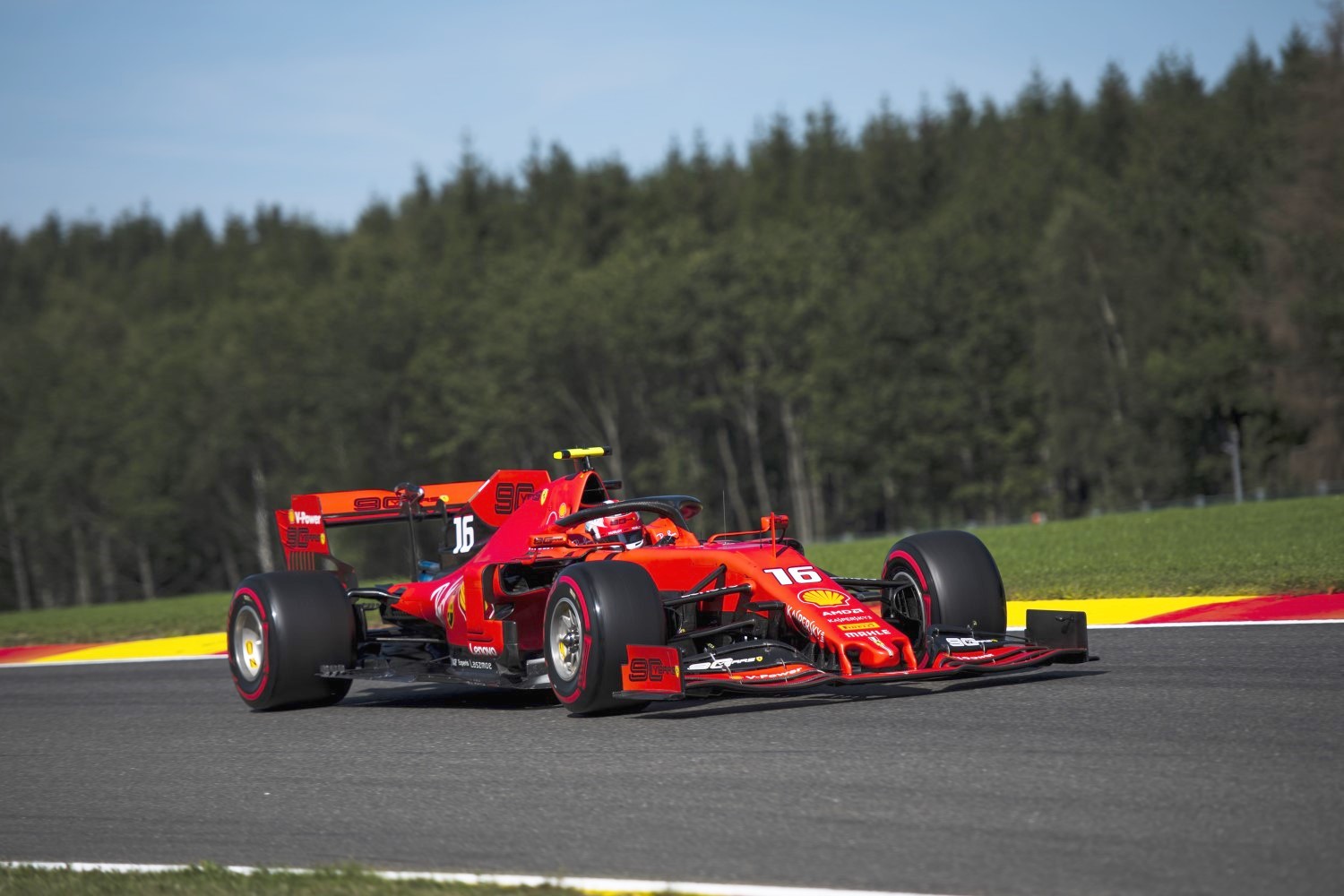 Charles Leclerc has been fast all weekend at Spa and he blistered the circuit when it counted to bury his teammate Sebastian Vettel and Mercedes ace Lewis Hamilton by 7/10ths of a second to win pole for the Belgium GP at 1m42.519s.

That's six races in a row Leclerc has beaten his teammate.

"Felt good! From the second corner onwards we were very strong and it felt amazing," says Leclerc. "I did not really care about the slip steam, it was just too much of a mess to prepare the tires so I wanted to be out there alone."

Vettel meanwhile, complained of the "mess" after making a big mistake in the middle sector and locking up into the final chicane.

Valtteri Bottas in the 2nd Mercedes and Max Verstappen in the Red Bull rounded out the top-5.

"FP3 was a terrible session for me, but my guys were faultless to rebuild the car and considering I missed nearly all of FP3 and a lot of FP1, I'm really glad I'm out here," said Hamilton. "Charles did an exceptional job, I hope we can take the fight to them tomorrow."

Daniel Ricciardo finished an impressive sixth, one place ahead of Renault team mate Nico Hulkenberg with Kimi Raikkonen edged out into eighth.

Renault have traditionally struggled for one-lap pace this season, so it was a welcome return to form for them – albeit tempered by the fact both drivers have a five-place grid drop thanks to new power units.