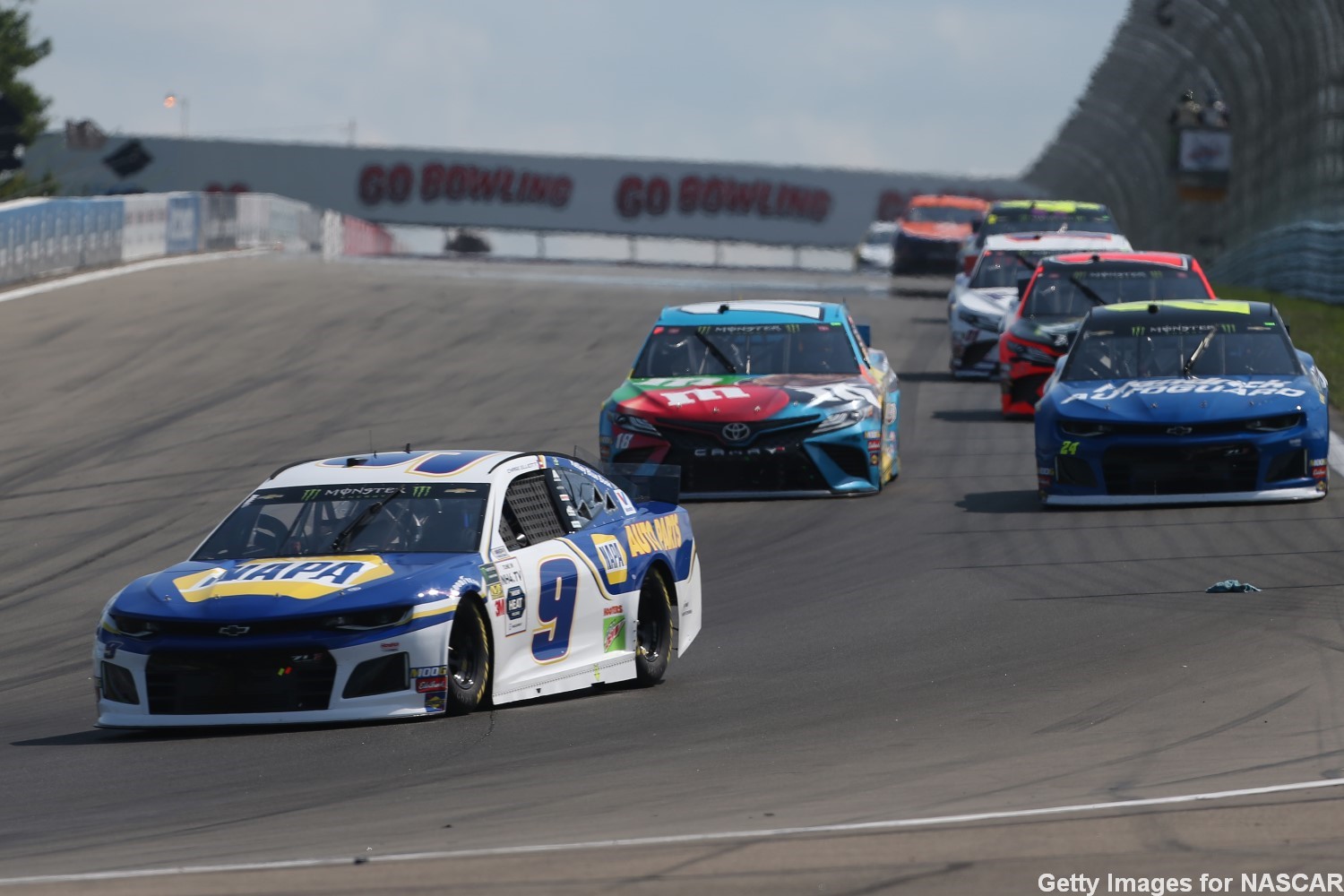 And while Busch has certainly driven the No. 18 JGR Toyota to the top of the season rankings with four victories, a series-best 18 top-10 and 11 top-five finishes, the Michigan two-miler has remained a relatively challenging venue for the 2015 Cup champion.

Busch has one victory there, the second Michigan stop of the 2011 season. And he earned a pole position in 2008. He has 11 top-10 and seven top-five finishes in 29 career series starts. And he has a pair of NASCAR Xfinity Series wins and a NASCAR Gander Outdoors Truck Series victory as well.

His 17.9 average finish in Monster Energy Series races, however, is the second worst such mark for Busch among the 14 remaining season venues. Only two tracks left of the schedule have resulted in worse overall marks for Busch – the Talladega (Ala.) Superspeedway, where he is averaging a 20.3 finish and the Charlotte ROVAL (which debuted on the schedule last season), where he finished 32nd last year in the only Cup race to date.

A look at the numbers

Chase Elliott’s win from the pole position last week at Watkins Glen gave Hendrick Motorsports the edge over Stewart-Haas Racing in pole positions for the season. The Hendrick team has won seven poles (Elliott, 3, William Byron, 3 and Jimmie Johnson, 1). SHR is next with six. There have been 11 different pole winners on the season representing five organizations.

There have been 10 different race winners from six teams. Elliott’s Margin of Victory over second-place Martin Truex Jr. last weekend at the New York road course was .454-seconds, marking the 14th time through the opening 22 races of the season that MoV was less than a second. That is the highest number of races claiming that distinction since 1994 when 14 of that season’s first 22 races also had a MoV less than a second.

Five races to date have featured a record setting number of green flag passes of the lead, including Las Vegas, Bristol, Tenn., Kansas, Chicago and Kentucky.

The 2019 Monster Energy Series regular season schedule wraps up with four unique venues – providing opportunities for a variety of drivers to win their way into the Playoffs. Below is a look at the four remaining facilities in the regular season:

Michigan International Speedway – The Irish Hills provide the backdrop for this spacious, smooth and speedy two-miler that features 18 degrees of banking in the corners. Kyle Larson’s three wins each at Michigan is the most among active winners who haven’t won in 2019. Ryan Newman has a pair of wins there, while Jimmie Johnson and Clint Bowyer have one apiece.

Bristol Motor Speedway – Thunder Valley sets the scene for the half-mile, high-banked short track featuring variable banking (from 24 to 28 degrees) in the turns. All the active former Bristol winners are already victorious in 2019.

Darlington Raceway – "The Track Too Tough To Tame" is an egg-shaped 1.366-mile track with 25 degrees of banking in Turns 1 and 2, and 23 degrees of banking in 3 and 4. Jimmie Johnson’s three wins top the list of drivers who have bested the challenge of the unique configuration and he is the only active former winner at Darlington who has not won this season.

Indianapolis Motor Speedway – While Pocono is a triangle that modeled Turn 2 after Indianapolis, the "Brickyard" is basically a 2.5-mile flat rectangle, featuring short straights between the turns, which are all banked at nine degrees. Jimmie Johnson’s four wins at the famed track are most among active drivers and are second-most all-time (to Jeff Gordon’s five). Joining him on the list of active Brickyard winners who are searching for their first win this season are Paul Menard and Ryan Newman (one win each).