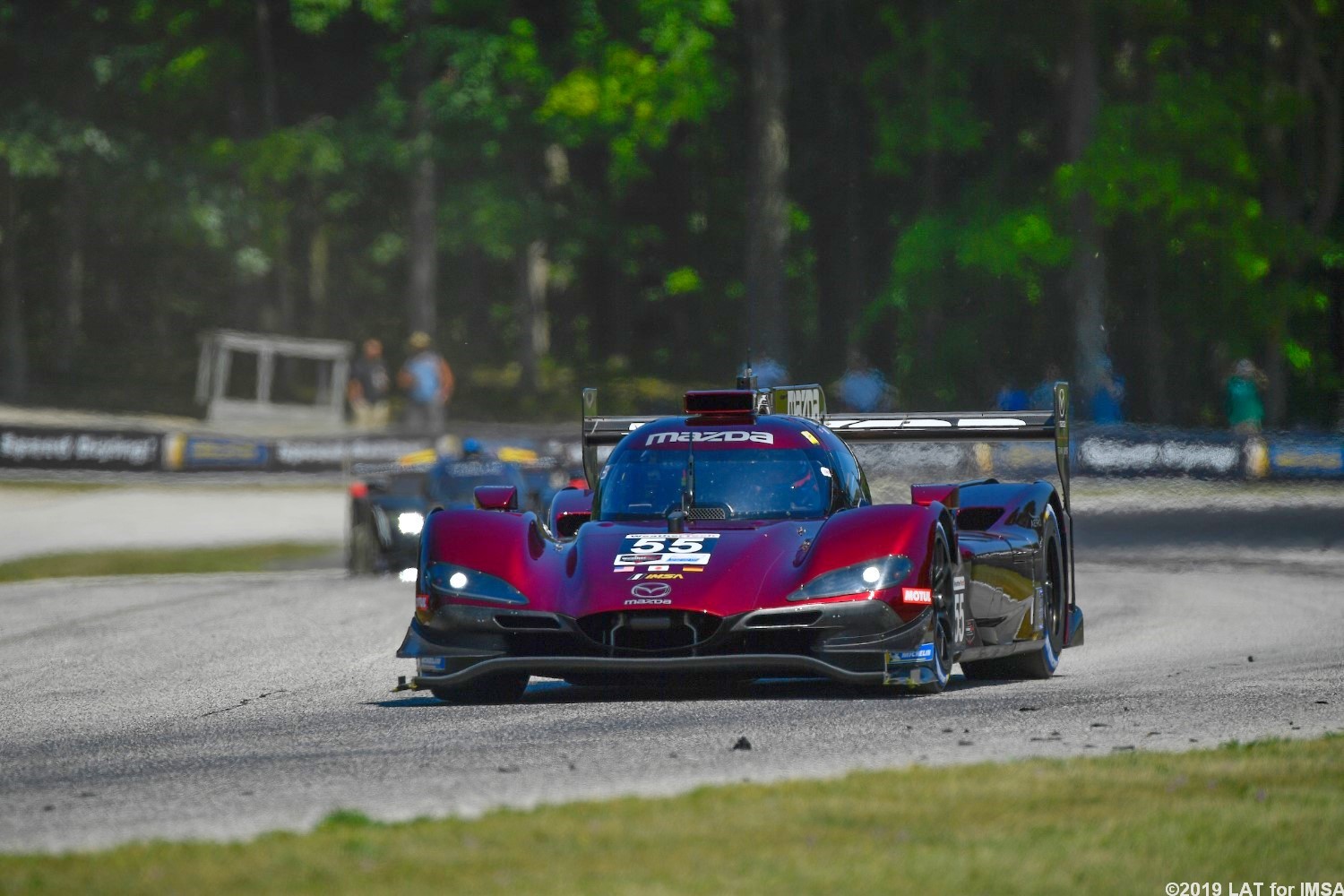 Harry Tincknell barely kept the No. 55 Mazda RT24-P out front and held on to a 0.227-second win over the pole-sitting No. 6 Team Penske Acura ARX-05 of Dane Cameron.

Tincknell took over the lead on Lap 37 in a bold move on the outside of Juan Pablo Montoya in Turn 1 and slowly extended his gap over the DPi championship-leading Acura.

The gap, however, closed through traffic in the final five minutes, with Tincknell able to defend from Cameron in a thrilling two-lap shootout.

Oliver Jarvis and Tristan Nunez were third in the other Mazda to complete the podium in third.

Felipe Nasr and Pipo Derani were the best of the Cadillac DPi-V.Rs, finishing fourth in the No. 31 Whelen Engineering Racing entry, ahead of the No. 10 Wayne Taylor Racing Cadillac of Jordan Taylor and Renger van der Zande.

Ford Chip Ganassi Racing swept the top two steps of the podium at Road America, earning their second-consecutive win of the year and third consecutive at the much-loved Wisconsin track.

“I’m so proud of how hard the team has been working all season and to see the results with two consecutive wins is outstanding!" said Mark Rushbrook, Global Director of Ford Performance Motorsports.

While the track design suits the Ford GT and the team has tested much there, strategy and consistency also came into play for Ford CGR.

“It was an awesome day," Briscoe said. “Everything just went smoothly. The yellow-free race played to our strengths with the long runs and it was a pretty straightforward race with two stops. I think we just played it smooth…today it was more about the consistency than out-right speed."

Those wins put the No. 67 team back in the IMSA WeatherTech SportsCar Championship GTLM title hunt with three races remaining.

“The key was being good on the tires," Westbrook said. “The last 10 laps in the stint were the most important, not the first 10. If you put everything you had into the first 10 laps, you’d drop off for the last 10 and that’s where we caught them. It just feels awesome. Ryan did a killer job today. He put me in a really strong position. One of the Corvettes came into play and we were a bit nervous about them, but they had a bad stop and in the end, it was quite comfortable. We just had to watch tires and fuel. We’re on a great run right now."

Briscoe and Westbrook are now third in the championship hunt, 18 points behind the leaders and four points out of second place. Muller is fifth, while Hand is 10th.