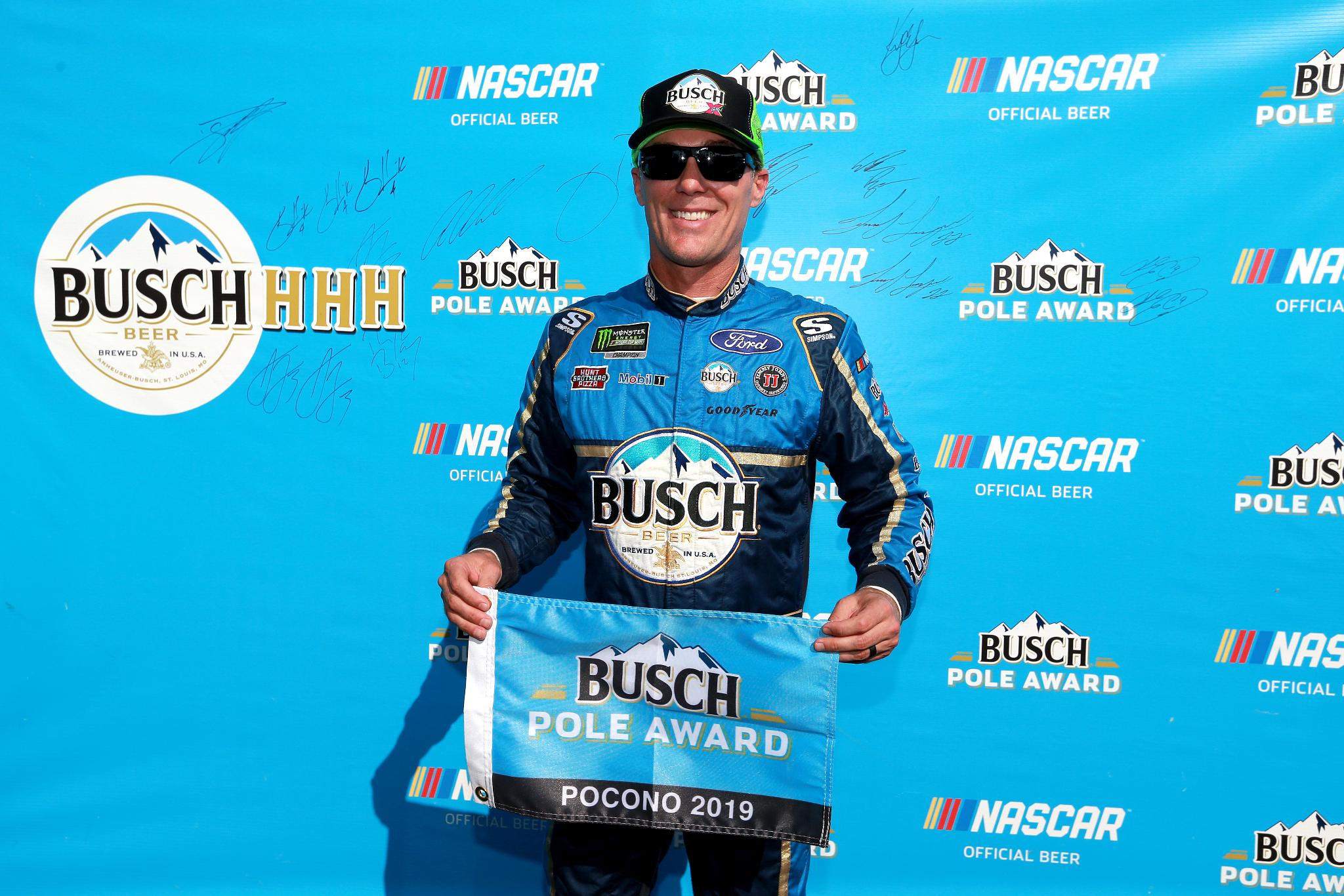 No practice made perfect on Saturday at Pocono Raceway.

Without benefit a mock qualifying run in practice, Kevin Harvick nevertheless made a decisive run to the pole for Sunday's Gander RV 400 at the Tricky Triangle.

Qualifying near the end of the session, Harvick navigated the 2.5-mile distance in 51.707 seconds (174.058 mph) in beating out second-place qualifier Joey Logano (173.377 mph) by a whopping 0.203 seconds to secure his first Busch Pole Award at Pocono, his fourth of the season and the 29th of his career.

"We didn't do a qualifying run because we were just scrambling a little bit in race trim and trying to get our car right in race trim," said Harvick, who claimed his first victory of the season last Sunday at New Hampshire. "Our (Stewart-Haas Racing) teammates did some qualifying runs, and we tried to match some of the things they did and adapt and adjust from there.

"In the end, sometimes it's better to just wing it, and these guys do a good job when you're scrambling and just winging it. So it was a good day today, and hopefully we can keep it rolling tomorrow."

Coming off consecutive third-place finishes in his last two races, Jones thought his lap might stand up for the pole—before the three Fords eclipsed his speed.

"We were good in race trim and I was pretty happy with it. That's always a good feeling."

Jones is 14th in the Monster Energy NASCAR Cup Series standings, a tenuous 28 points inside the cut line for the Playoffs with five races left in the regular season.

Johnson and Suarez are currently tied for 17th in the Cup Series standings, 17 points behind 16th-place Clint Bowyer, who holds the last Playoff-eligible position and who qualified 16th on Saturday.