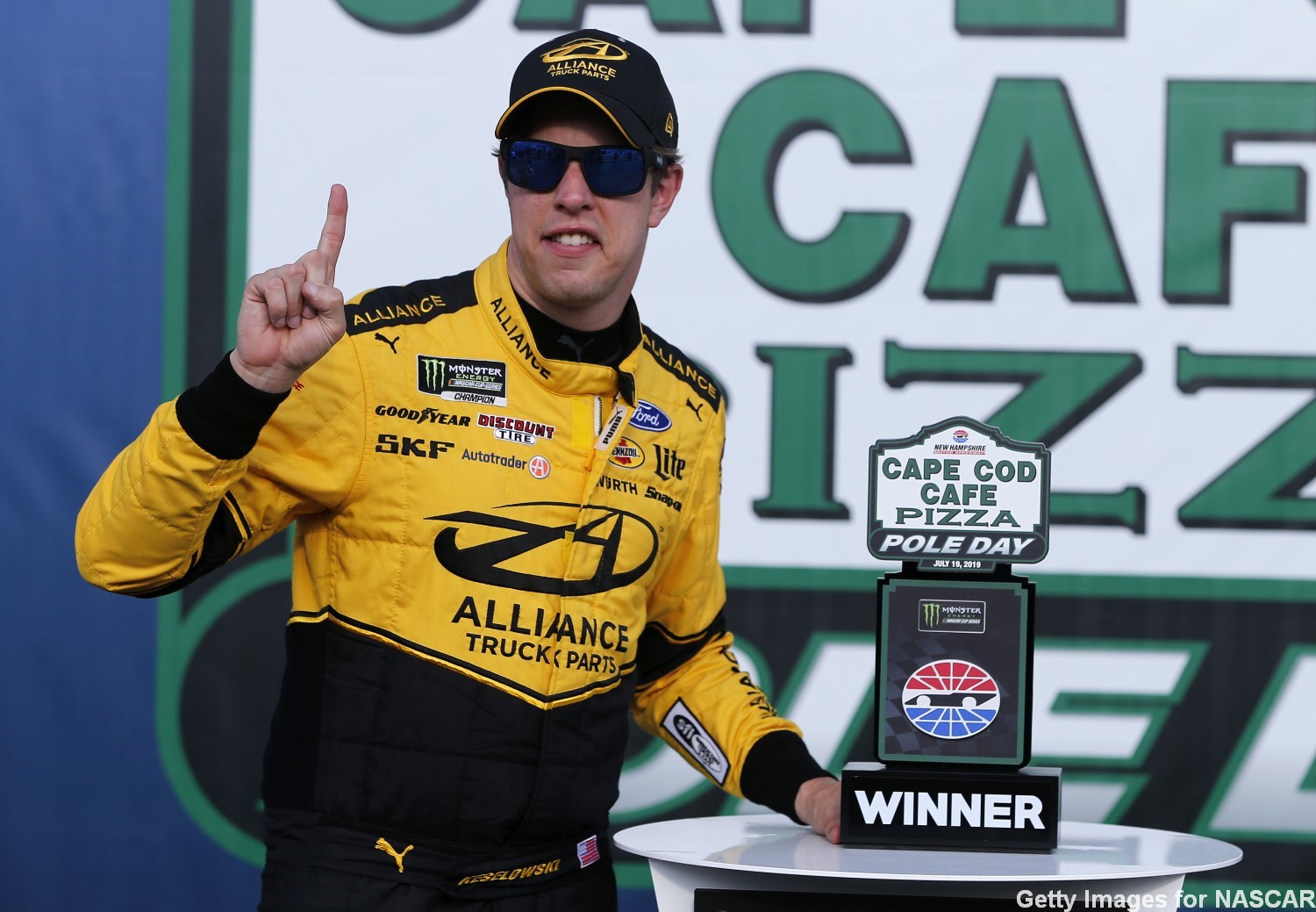 The Busch Pole Award was Keselowski’s fourth at the “Magic Mile" and his first there since the driver of the No. 2 Team Penske Ford set the track qualifying record in 2014 (20.090 seconds at 140.598 mph). After 11 of his 14 previous career pole runs, Keselowski has finished in the top 10, including two victories. His only victory at Loudon, however, came from the seventh starting position (2014).

“This definitely surprised me," said Keselowski, who last won a pole in the August race at Michigan in 2017. “It’s been a while since we’ve had a pole. We’ve had really good cars but haven’t been able to make the most of it with the driver in qualifying, so it’s nice to get one here in Loudon."

Track position aside, the primary benefit of winning the pole at New Hampshire may well be the selection of pit stall No. 1, closest to the exit from pit road.

[adinserter name="GOOGLE AD"]“The first pit stall will be huge for sure," Keselowski said. “This track on pit road has a lot of chaos. I’m not saying you can’t wreck in pit stall No. 1, but it’s a little harder there and it certainly makes life a lot easier for your pit crew. It’s like you’re in the HOV lane (on pit exit)."

Jones matched his best effort in time trials this season, having also qualified fourth at both Bristol Motor Speedway and Pocono Raceway. His No. 20 Toyota showed significant improvement over practice earlier in the day.

“It was kind of a struggle this morning, but actually there (in qualifying) it felt pretty good," Jones said. “Definitely a lot better than what we had in practice. I missed it a little bit on the lap. It had some more in it. Just didn’t hit it right.

“The Stanley Camry felt good there, so I think that was the first time all day I’ve had a good feel in the car, and if we can kind of transfer that into (Saturday’s practice), that’d be a positive."

Alex Bowman, who locked himself into the Monster Energy NASCAR Cup Series Playoffs with a victory at Chicagoland Speedway, will start last after failing to complete a lap in time trials because of a broken drive shaft and will go to a backup car.

“There was a big boom and something broke," said Bowman, who had begun his first lap before the part failure. “I don’t know. I haven’t looked at the car. Obviously, the drive shaft broke. I don’t know if the gears or the drive shaft went first. It took out a lot of stuff on the way out. There’s oil everywhere. Just part of it.

“I don’t like New Hampshire. I’ve always struggled here. I’m a selfish, biased race car driver, so places I struggle, I don’t like. It’s going to be hot, and certainly we have our work cut out for us starting from the back. But we’ll make it a good day."