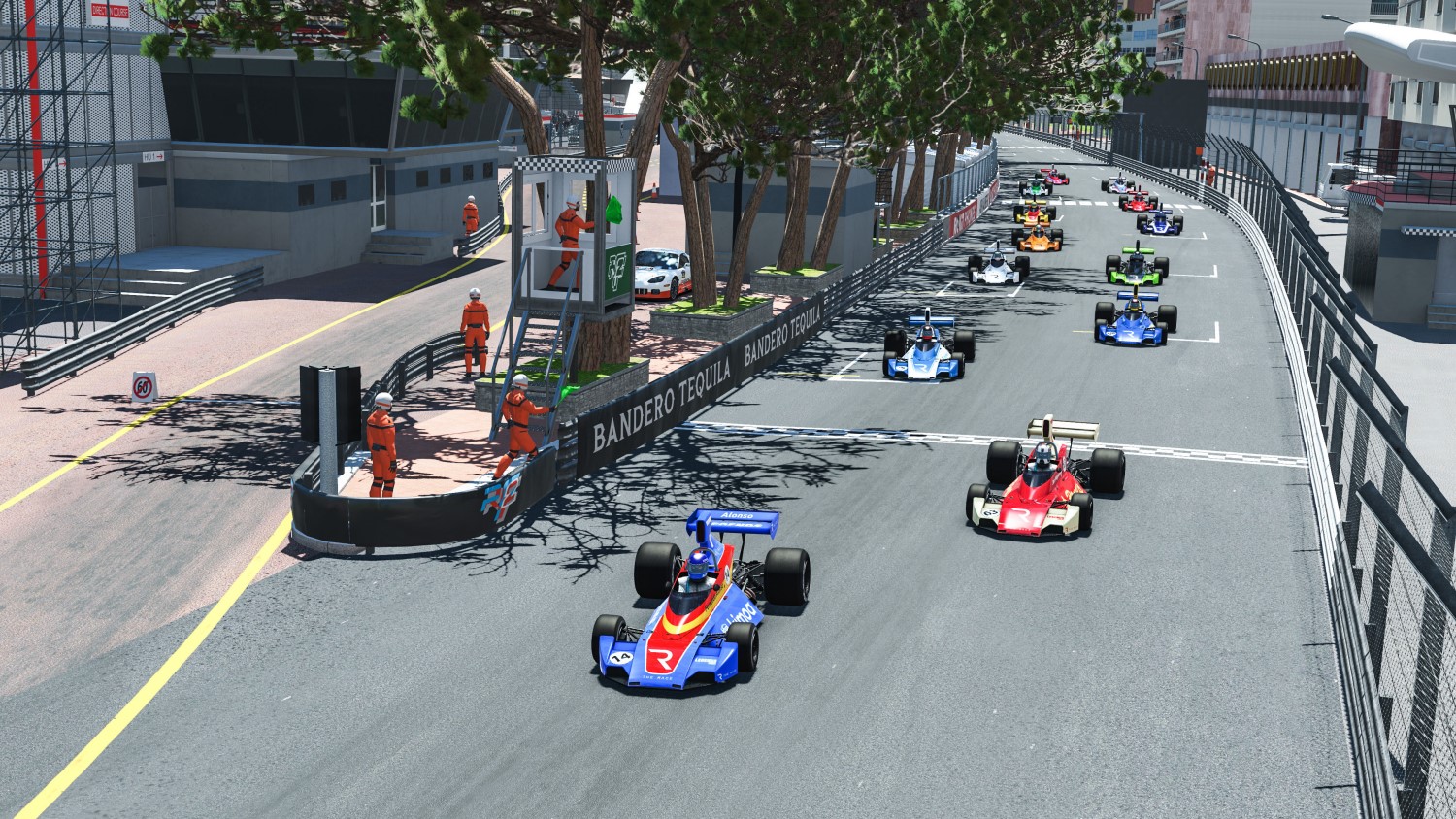 Spaniard Fernando Alonso scored his fifth consecutive The Race All-Star Series powered by ROKiT Phones Legends Trophy win in Monaco today to earn a chance of scoring the virtual version of the "Triple Crown" of motorsport.

The ROKIT Triple Crown was created to virtually emulate that prestigious accomplishment with today's events held on the rFactor 2 virtual version of the Monaco circuit set to be followed by races at Indianapolis on June 20 and Le Mans on June 27.

Alonso qualified on pole and dominated the opening race to open up a 10-second lead in 10 laps over fellow real-world Triple Crown contender Juan Pablo Montoya. The Colombian has a 2003 Monaco win and two Indy 500 crowns but needs a 24 Hours of Le Mans victory to join Hill.

Three-time World Touring Car Champion Andy Priaulx remains in virtual Triple Crown contention after winning the reverse grid race. Montoya finished second in both races with Alonso coming from the back of the pack to finish third.

That's ANOTHER win for @alo_oficial from @jpmontoya – The triple crown battle is on and the reverse grid will be mega! The @ROKiTPhonesUK All Stars Triple Crown –
ðŸ"º Watch:ðŸ'» https://t.co/WdVqh7S2NG
ðŸ‡ºðŸ‡¸ Live on @ESPN 2
ðŸ‡¬ðŸ‡§ Live on @Eurosport_UK
#LegendsTrophy pic.twitter.com/JUbm6Dtpx4

"It was good to have a clean race, even if at the start we saw one car in front that I don't know what happened there," commented Alonso on Helio Castroneves' “adventurous" use of the pit lane exit to take the lead in turn one.

"It was a good race. We knew how important qualifying was, so it was vital to put the lap together and start first."

Agustin Canapino (Williams Esports) finished second while Job van Uitert backed up his third-place finish in the opening race with a brilliant drive to victory in the reverse grid battle.

"Today was an absolute blast! Loved every minute driving at the historic circuit of Monaco and to get away with a double podium, including a win, is beyond my expectations – especially in the reverse grid race," said van Uitert.

"Charging from the back of the field to take the win felt like a jackpot. Can't wait for round 2 at Indy. I wasn't expecting such a good weekend. Monaco has never really been a track that suited me, but I felt right at home for some reason."