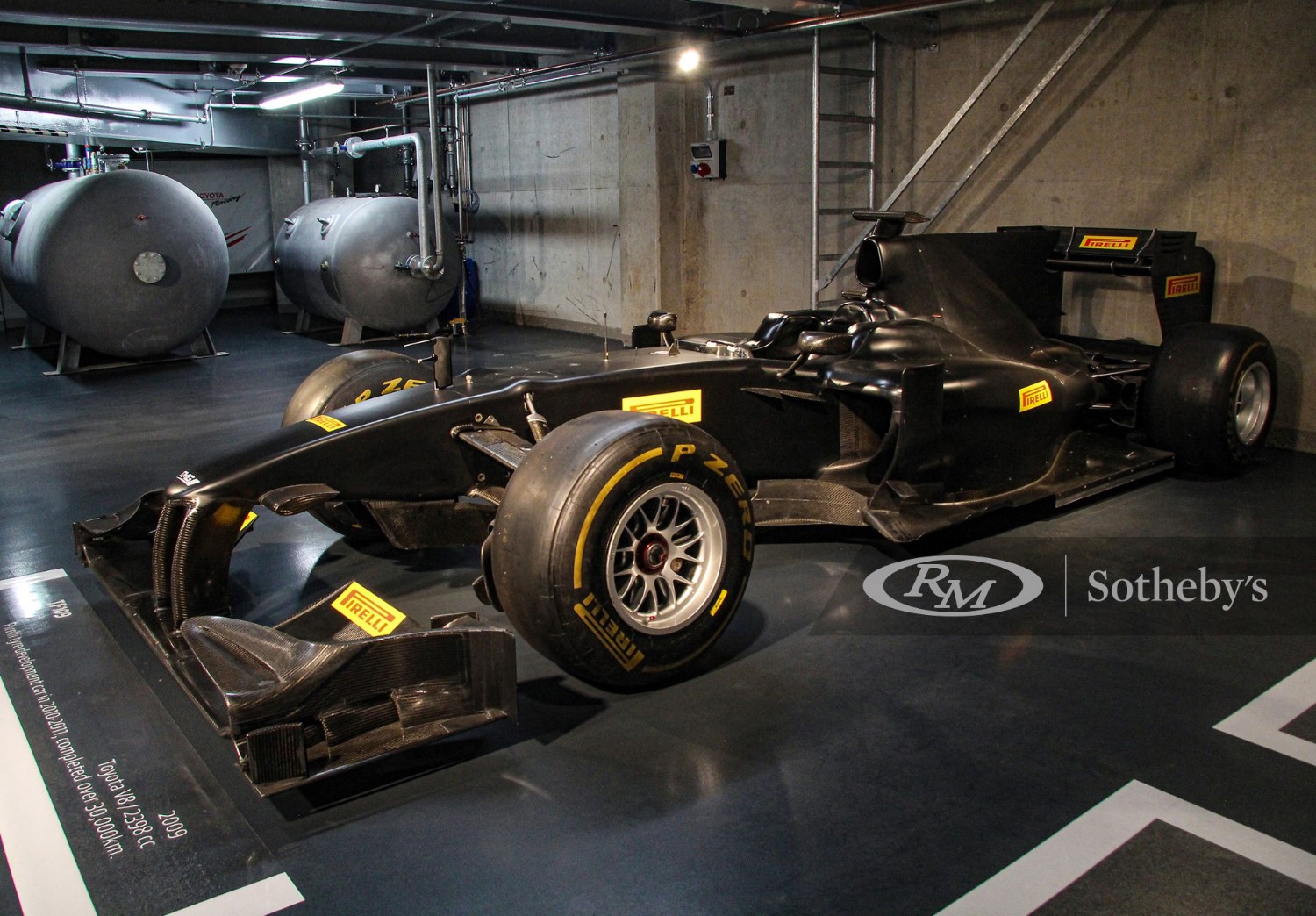 RM Sotheby's has teamed up with the FIA to host a motorsport-themed charity auction in June to raise funds for the Red Cross in its battle against the Covid-19 coronavirus pandemic.

An assortment of motorsport memorabilia has been donated for the auction, including a Toyota Formula One race car.

The race car, which includes the engine and transmission, is Toyota's TF109 from the 2009 season, the automaker's last in the sport.

The particular car was never raced. Rather, it was the tester used by drivers Timo Glock and Jarno Trulli. No doubt Kamui Kobayashi, who filled in for an injured Glock at races in Brazil and Abu Dhabi, and also served as the team's test driver, also spent time behind the wheel. After the 2009 season, the car ended up at Pirelli where it was used to test tires. It's still in the condition it was when used for tire testing, hence the lack of sponsor logos apart from those of Pirelli.

Like all of Toyota's F1 cars, as well as the automaker's modern LMP1 endurance racers, the TF109 was designed and built by Toyota Motorsport based in Cologne, Germany.

Even though Toyota had one of the biggest budgets in F1, rumored to have been second only to Ferrari's, it didn't have much success in the sport. Over seven seasons, its best finish was second place, which it achieved on five occasions. The global financial crisis eventually put an end to Toyota's F1 dreams.

The auction, referred to as the Race Against Covid, will be held online and run from June 15-22.

Other interesting lots include racing suits from the likes of Lewis Hamilton, Sebastian Vettel, Charles Leclerc, and Damon Hill, as well as an invite for a day in Ferrari's F1 simulator.