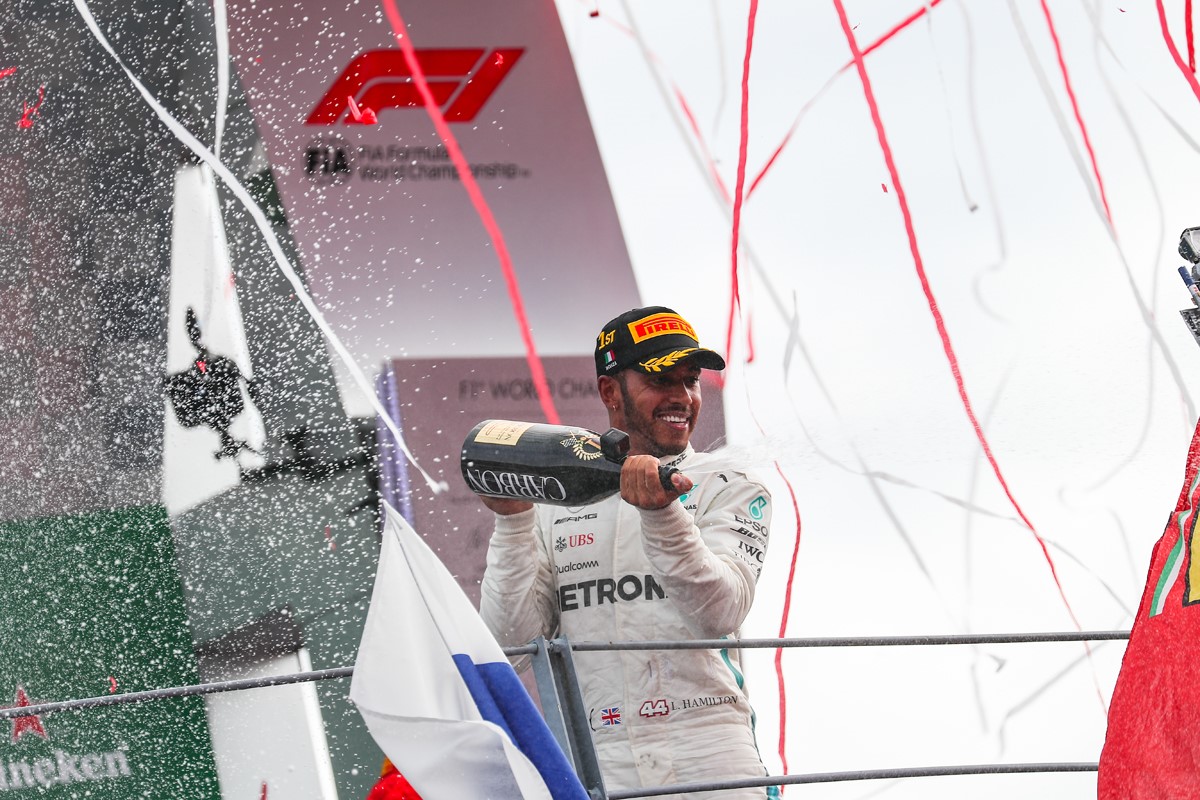 UPDATE This rumor is upgraded to 'fact' today. The Italian Grand Prix will remains at Monza for another five years following the signing of a new contract.

Formula 1 CEO and chairman Chase Carey joined the president of the Automobile Club d’Italia on stage in Piazza del Duomo to announce the deal and sign the contract in front of more than 10,000 Ferrari fans.

“This is one of four Grands Prix that were part of the 1950 championship and still features in the calendar and along with the British Grand Prix, it is the only one to have been held every year since then," noted Carey. “History, speed and passion are words that motorsport fans associate with Monza. The feeling one gets at this Grand Prix is truly unique, as is the circuit’s distinctive podium.

“This five-year deal means that another part of the jigsaw for the Formula 1 of the future, is now in place. The championship features many historic venues such as Monza and also new countries in which the already vast fan base of our sport can grow."

Angelo Sticchi Damiani, president of the ACI, said: “It is just like winning a Formula 1 Grand Prix — a very hard and important one, fought to the finish line, which counts as not one but five titles! It’s with great satisfaction that I welcome the conclusion of the agreement between ACI and Formula 1, which guarantees the inclusion, for the next five years, of the Italian Grand Prix in the calendar of the Formula 1 World Championship, and ensures that the event will take place in the ‘Temple of speed ‘ — the Monza Eni Circuit, not only the oldest but also the fastest and most spectacular circuit in motorsport. A great outcome for ACI, for Monza, for the Lombardy Region and Italian sport in general, which opens up a five-year perspective to build a future that matches the legendary past that has made Monza a world capital of motorsport. It was a challenging journey to get to this outcome and is one of those race victories that makes us forget every risk, every effort, and leaves inside a great joy and an uncontrollable desire to celebrate."

After a period of uncertainty, the Italian GP has now been given a race date on the provisional schedule that was published by Liberty Media recently.

But Monza's 6 September date included an asterisk next to it, warning that confirmation is "subject to contract signature".

Angelo Sticchi Damiani, the president of the Italian automobile club Aci, said ahead of this weekend's Monza race that the signature is "very close".

"I hope to sign shortly, but there is still some detail to be finalized," he said.

"But we have the certainty, or we almost have it, that we can sign a contract for five years.

"Having fixed this part, starting next week we will start planning the modernization of the circuit in view of the 100th anniversary of Monza (in 2022)," Damiani added.

He was speaking after the signing of a series of documents regarding the management of the circuit by local authorities, circuit manager Sias, the Aci, and the Parco (park) di Monza.

Corriere dello Sport explained that the signings were "necessary to be able to then sign the new contract with Liberty Media". (GMM)

There had been doubts about the future not only of Monza, but also another historic venue on the current calendar, Silverstone.

A new British GP deal until 2024 has now been announced, and Italian GP boss Angelo Sticchi Damiani says Monza is all set to follow suit.

"Monza was dead but we have resurrected it, like Lazarus," he told Corriere dello Sport.

"We are going to renew until 2024 and we will enjoy this world event for another five years. We are very close (to that) with Liberty Media."