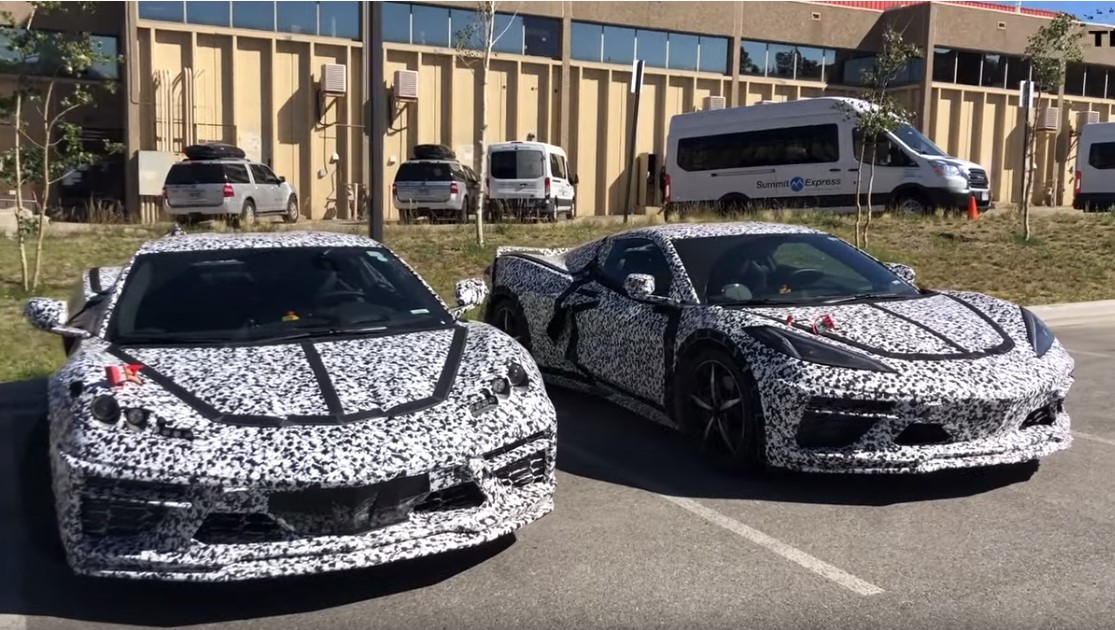 It is no secret that there will be at least one hybrid version of the new Chevrolet Corvette. Could it be hiding under those prototypes?

TFLnow recently stumbled upon a pair of C8 Corvette prototypes bathed in camouflage. This is quite interesting, because Chevrolet has already launched the car officially since mid-July. Are those some of the test mules used previously, or something more?

The most eye-catching aspect of these two is that they have thick orange cables sticking out of their hoods, a tell-tail sign that they, more likely than not, feature some form of electrification that’s been made possible by the GM Global B architecture that underpins the new ‘Vette.