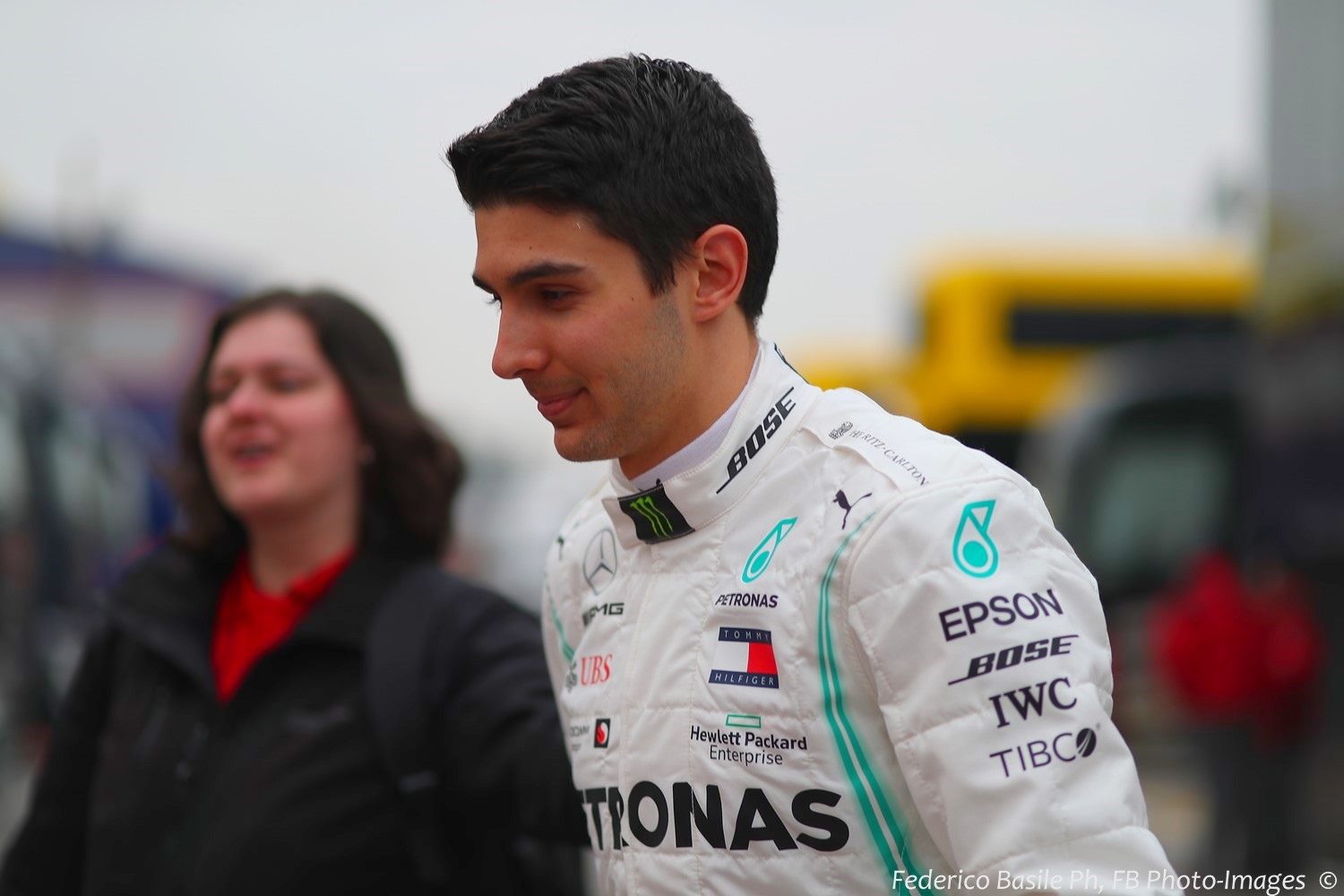 UPDATE (GMM) Esteban Ocon's rumored return to the F1 grid for 2020 may not yet be set in stone.

It is believed that Mercedes has opted to stick with Valtteri Bottas for another year, with boss Toto Wolff negotiating a deal to loan Frenchman Ocon to Renault instead.

There are several reasons for Mercedes to keep Finn Bottas, and not just because he has upped his game in 2019 compared to last year.

Wolff admitted he would consult with Lewis Hamilton about the identity of his teammate, and the Briton has stated numerous times that he is happy with Bottas.

"We make our choice solely in the interest of the team, but as Lewis has been with us for a long time, I did give our shortlist to him and asked for his opinion," Wolff told La Gazzetta dello Sport.

"He thinks exactly as we do: both Valtteri and Esteban deserve to be his teammate," he added.

Another issue, Wolff admitted, is that if Mercedes showed the door to Bottas, it may complicate the second half of the 2019 world championship.

"Yes, that's something we take into consideration, but it's not the main aspect," Wolff responded.

It is believed Mercedes' 2020 plan will be announced at Spa Francorchamps, but Wolff does not want to confirm that.

"We have already talked about this with the press too much, so I don't want to set dates," Wolff said. "Let's say that we will decide within a few weeks."

French broadcaster RMC Sport claims Ocon's move to Renault is not yet set in stone.

"First, Renault would ideally like to ensure that Nico Hulkenberg secures another seat in Formula 1," the report claimed.

"According to our information, there are talks between Ocon and Renault, as was the case last year, but nothing has been signed.

"And if there will be a signature, it will not happen before the end of the week."

22-year-old Ocon, however, is already dropping hints about the deal, reportedly changing a social media profile describing himself as Mercedes' reserve to read "Formula 1 driver".

And he told F1's official website on Thursday: "I'm working hard on next year. When I come back, I'll be a much more complete driver."

08/21/19 According to our sources Ocon will soon be announced as Daniel Ricciardo's teammate at Renault, replacing Nico Hulkenberg.

Hulkenberg is expected to move to the Haas team to replace Romain Grosjean.

We have updated our 2020 F1 Silly Season Page

That is the view of Gunther Steiner, who admits that after Romain Grosjean and Kevin Magnussen collided again at Silverstone recently, Haas' next lineup is being considered.

"I was very angry and I was right," Haas boss Steiner told Sky Italia at Hockenheim.

"We had clear agreements after what happened in Barcelona, and they did not behave as we expected."

If a Haas driver is shown the door, it is likely to be Frenchman Grosjean, who has made mistakes, been generally outpaced by Magnussen and is also out of contract.

In contrast, Magnussen is already under contract for 2020.

When asked about the driver market, Steiner said: "There is calm at the moment. A domino needs to fall to start it moving and this has not yet happened.

"I think what happens with Ocon will be decisive."

Indeed, the Mercedes reserve driver is linked with the works team, which would make Valtteri Bottas available.

But if Ocon goes to Renault or Racing Point, Nico Hulkenberg or Sergio Perez may then be on the market.

Steiner said of Ocon: "He has always been at the level of Verstappen, so I think he will be one of those pieces that will make the market move."

But if he could pick a 'dream driver' for Haas, Steiner admitted: "Hamilton is my dream driver, he's the numero uno of the day.

"Fernando Alonso? I don't think a two-time world champion would come to our team."