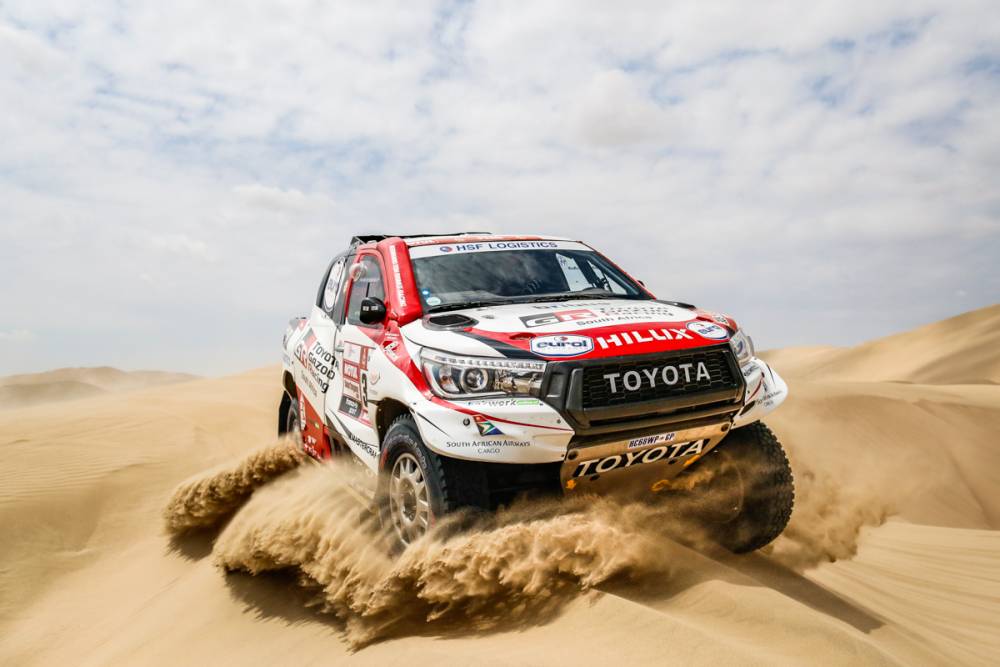 At present, two-time champion Alonso is playing down rumors linking him with a return to Formula 1 next year, but he is also not ruling it out.

At the same time, there are reports that Toyota is keen on running Alonso, 37, at Dakar next year. He tested a Toyota Hilux in May.

"It would be very nice for us to form a team, and I know that Fernando is very keen to go to Dakar," Sainz, whose son with the same name races in F1 with McLaren, told Marca sports newspaper.

The 2020 Dakar Rally will take place in Saudi Arabia next January.

The Spaniard, who quit F1 at the end of last year, is this week testing a Toyota Hilux in South Africa.

"Fernando is now at a point in his life when he is open to any challenge," said rallying legend and Dakar regular Carlos Sainz, the father of the McLaren driver.

If Alonso does take the bold step to Dakar, it will be with Toyota, for whom he also contests Le Mans in the LMP1 category.

"If Fernando comes, we could do a great job for him," Toyota's Dakar boss Glyn Hall told the Spanish daily Marca.

"It would be good for Toyota, good for our sport, good for the whole field. And Alonso would enjoy the challenge.

"Dakar is an incredibly difficult competition, but we know from formula one what a big fighter Fernando is," he added.