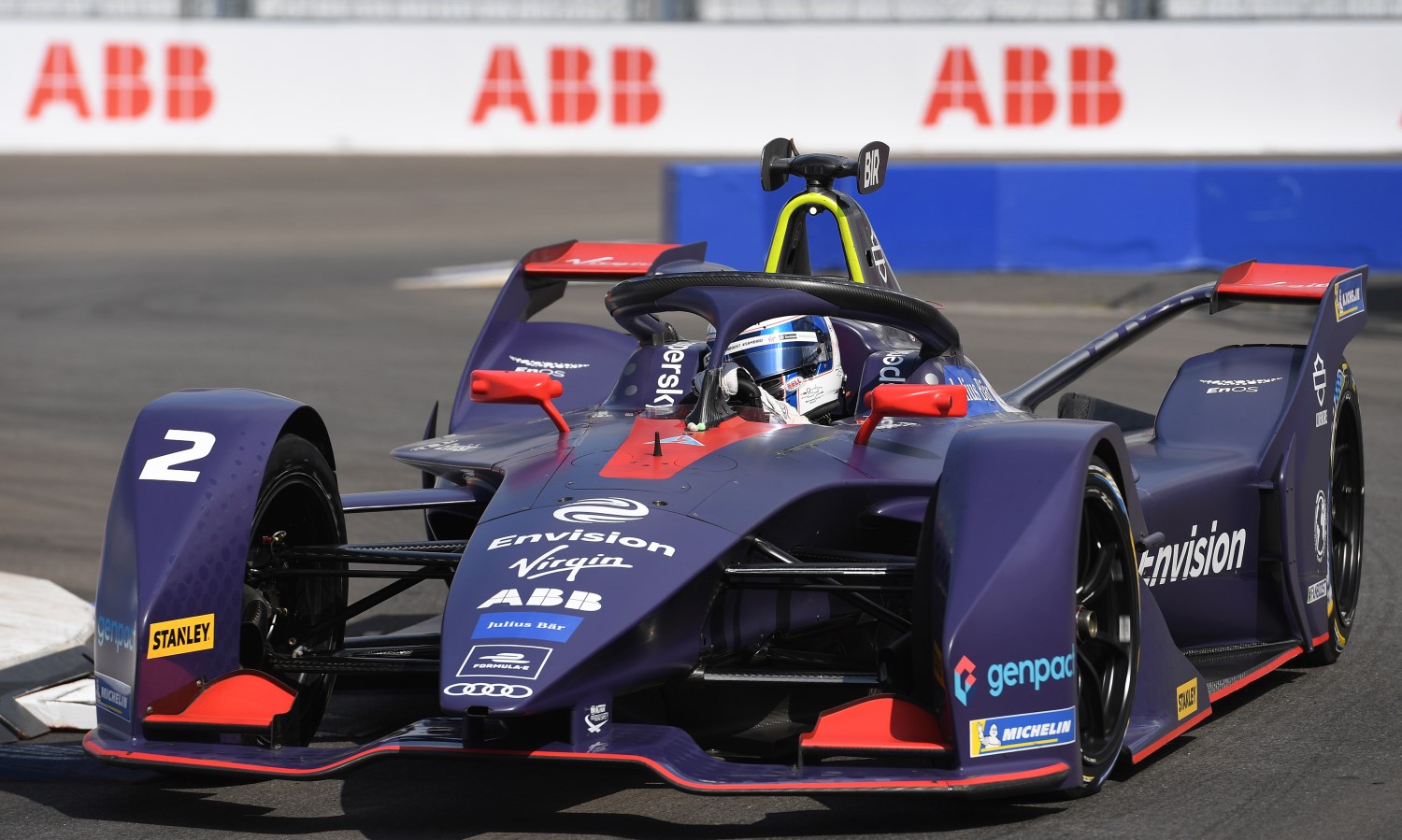 Robin Frijns rounded out the season in style with victory in New York for Envision Virgin Racing, as Jean-Eric Vergne pulled his way up into the points to clinch the ABB FIA Formula E Championship.

Vergne drove a clean and clever race, staying out of trouble and advancing up the order to seventh place and securing a second successive title. The DS TECHEETAH driver did enough to defend his crown and become the first back-to-back champion in Formula E history.

Entering the final E-Prix of the season, Vergne still held a sizable advantage in the points table and only needed to avoid a non-scoring finish to put himself in prime position to pick-up the prize.

[adinserter name="GOOGLE AD"]After again struggling in the first group of qualifying, the Frenchman found himself down in 12th on the grid and looking to gain places during the race. However, he wasn’t the only championship contender eager to make a move forwards, with both Lucas di Grassi and Mitch Evans failing to make it to the super pole shoot-out.

Despite Sebastien Buemi’s best efforts, his championship chances were cut short after being beaten to pole position by Alexander Sims – missing out on the three precious points on offer.

Vergne kept di Grassi and Evans in his vision and calmly controlled his championship destiny by negotiating his way to ninth nearing the end of the race. Although it was settled shortly before the finish and quickly became a formality as di Grassi and Evans came to blows and ended in the barriers only four corners from the chequered flag.

Taking two places on the final lap, Vergne vaulted further up the field to seventh and crossed the line to confirm his place in the history books as the first double champion and the first driver to successfully defend his title.

Frijns fended off Sims and Buemi to finish in the points for the first time since winning on the streets of Paris back in April. The result moved Frijns to fourth in the standings and marks Sims first podium finish in Formula E.

It’s time to celebrate, but the countdown has started for the new season, with the ABB FIA Formula E Championship picking-up again in Ad Diriyah on November 22 & 23.

ROBIN FRIJNS
"Seb caught me at the start and despite being behind him I felt very strong – I felt I had better pace than him. I think that the only opportunity I had to overcome Buemi was when I was in ATTACK MODE and he wasn’t, so I took a shot which was clean, hard but very good from both sides. I’m happy this season is over, and I could wrap it up on a high note so that we can prepare better for the next one."

ALEXANDER SIMS
"I certainly had a couple of other opportunities throughout this season where it seemed like it was going to be possible to be on the podium, but in the end it didn’t happen for whatever reason. If before this weekend you’d have told me I would’ve been first, a second place and pole… I’d have bitten your arm off. So, very pleased with that!"

SEBASTIEN BUEMI
"It’s been a very difficult season for us, as we had loads of issues in the end. For this reason, finishing second in the championship is something I would’ve hardly dreamt of. I’ve just told Robin that him puncturing my tyre in Paris cost me the title. I was only 17 points behind, leading the race! It’s motorsport and these things happen, but I’m just happy for my team as it’s been a tough season."

JEAN-ERIC VERGNE (Champion)
"I couldn’t be prouder of my team. Last year we did an amazing job being a private team with no test days, with very little resource. This year, DS brought in more and of course, it took time to successfully work as a team. But in the end, we did a great job and I’m so proud of them. This will boost the confidence of the team for the upcoming season and I strongly believe I’m in the best Formula E team and we’ll keep working hard to make it stay this way."