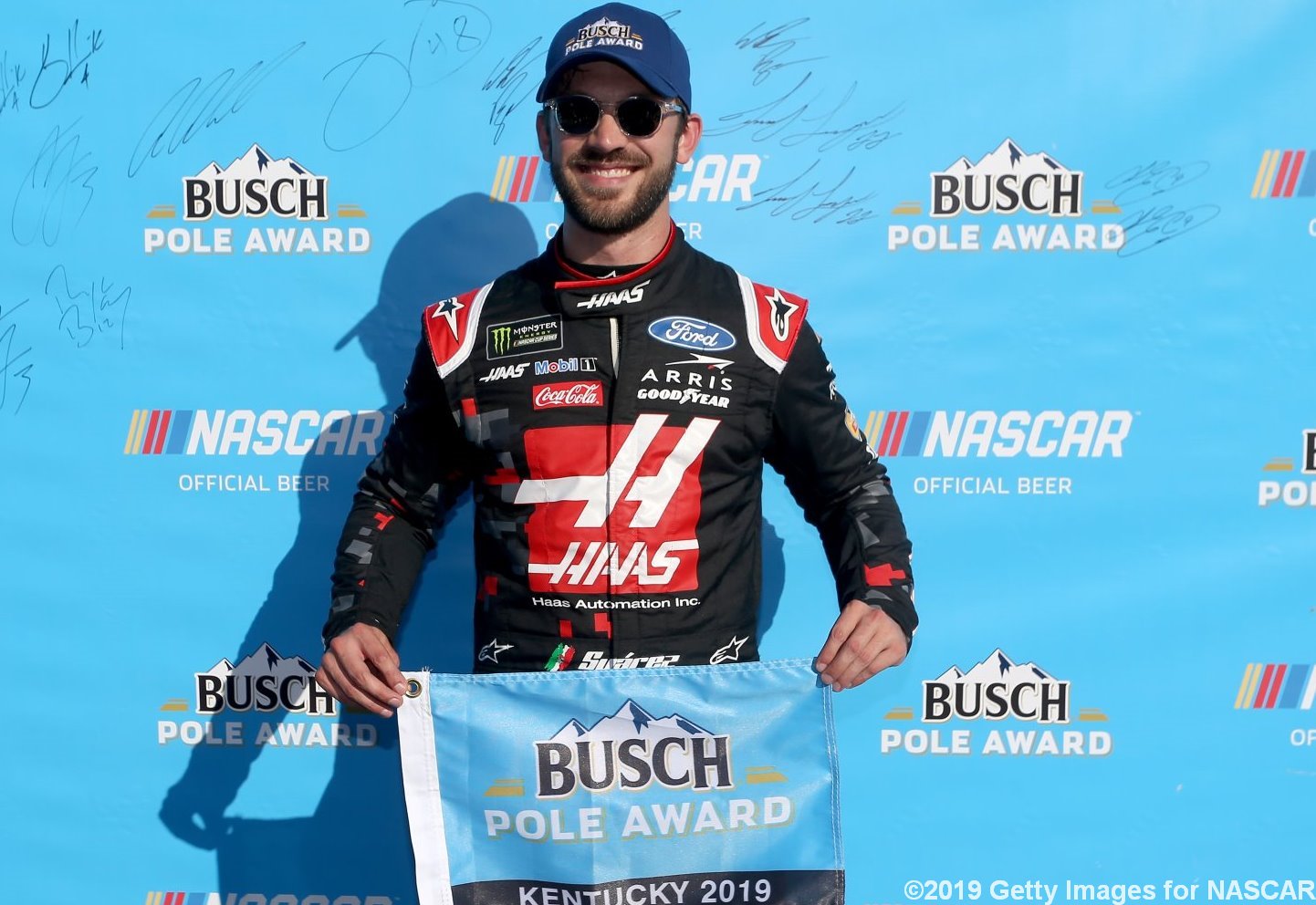 The 27-year-old driver from Monterrey, Mexico, was the last to run a qualifying lap at the 1.5-mile track, and he used the opportunity to knock Stewart-Haas Racing teammate Aric Almirola off the provisional pole for Saturday’s Quaker State 400.

“The car’s been very fast the entire day," said Suarez, who earned his first Busch Pole Award of the season and the second of his career. “We had probably the fastest car in last practice and the fastest car in qualifying, so I’m very proud of my guys, Ford Performance, Haas Automation — everyone who makes this program possible."

“We have very fast cars. Now it’s up to me to make it happen (Saturday) night."

Three-time Kentucky winner Brad Keselowski went out early, and his speed (183.443 mph) stood up for the third starting spot, as Ford drivers swept the top three spots on the grid and five of the top seven. Kurt Busch (183.355 mph) was fourth in the fastest Chevrolet, and two-time defending race winner Martin Truex Jr. (182.587 mph) qualified eighth in the quickest Toyota.

“I think that’s our best qualifying effort on a mile-and-a-half (track) this year, so that’s something to be proud of there," Keselowski said. “I didn’t quite have the speed to get to the pole. I’d have liked to have had a later draw. I think there might have been a bit of speed there, but I don’t know if I could have got … Daniel was a tenth (of a second) and a half … I might have been able to get a half a tenth or tenth.

“All in all, a decent run for our Discount Tire Ford Mustang, and happy for (engine builder) Doug Yates and all the Ford guys to have all three of our cars up front with the Fords, but we’ll see what we have (Saturday)."

Keselowski, Truex and Kyle Busch are the only former Kentucky winners in the 36-driver field. Front-row starters have won the last three Cup races at the 1.5-mile track, a good omen for Suarez and Almirola.

The lineup will be made official after Saturday’s pre-race inspection, which begins shortly after the garage opens at 1:30 p.m. ET. The cars were impounded after Friday’s qualifying session.