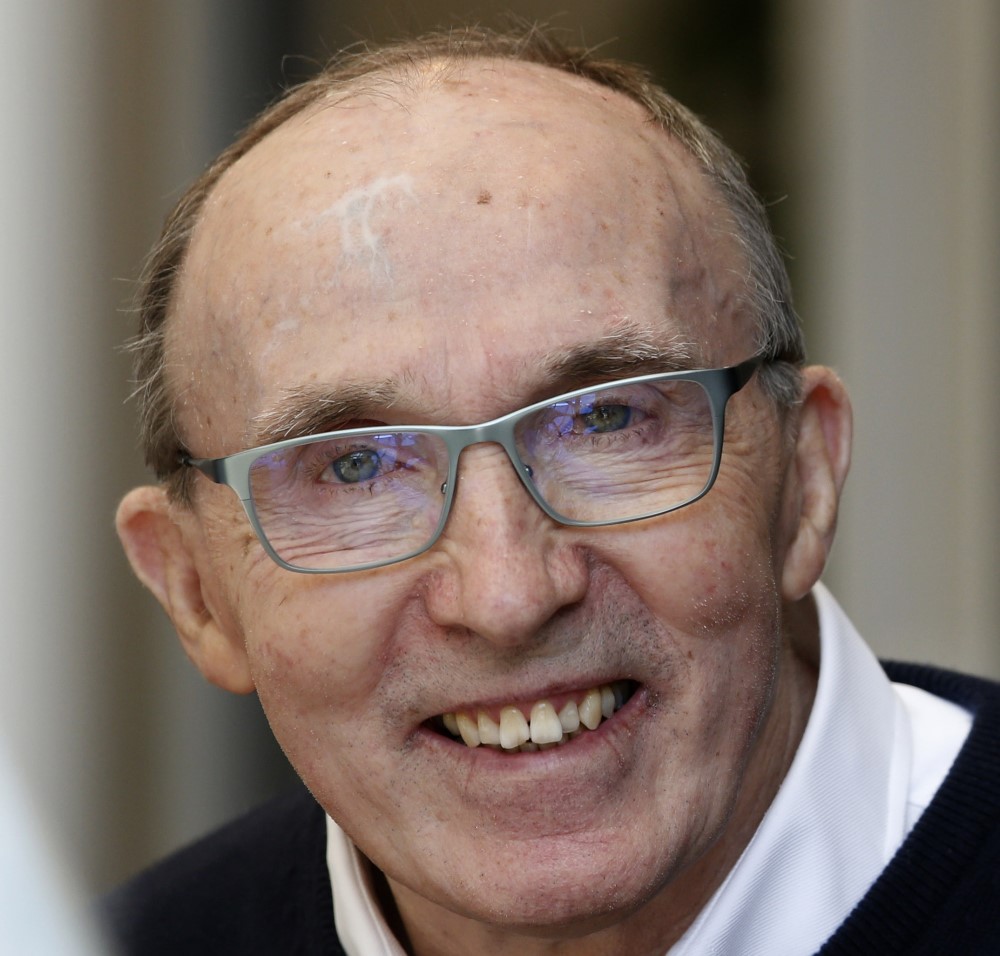 Sir Frank Williams, owner and co-founder of Williams Grand Prix Engineering, this year celebrates a record 50 years as a Formula One Team Principal. During this weekend’s British Grand Prix, scene of his and the team’s maiden victory 40 years ago, ROKiT Williams Racing will mark Frank’s achievements at Silverstone while Sky Sports F1 will screen a documentary on Saturday telling the story of a remarkable career so far…

Sir Frank Williams is and always has been in love with motor racing, from running around at boarding school imagining he was a racing driver to hitting the track in a short-lived racing career – “I was always going off the road!" Turning his attention to running a racing outfit proved inspired and three years after setting up Frank Williams Racing Cars, he bought a Brabham F1 chassis and entered the 1969 Formula One campaign.

Fifty years later, he’s still at the helm of a Formula One outfit – but so much has happened since then. In 1970, his driver and dear friend Piers Courage died in the Dutch Grand Prix. It hit Frank hard. “He was a great character," says Frank. “He had superb manners and taste. Losing him was major loss. When I went to the funeral, all the drivers apart from one were present – and there were no dry eyes."

Battling on, he found the money to keep racing, even conducting team business in a phone box after his office line had been disconnected because of unpaid bills. He ultimately sold the team to Walter Wolf, and though he stayed on as an employee, that didn’t last long with Frank joining forces with Patrick Head to set up a new Formula One team – Williams Grand Prix Engineering – in an empty carpet factory.

In only the team’s second full season, they won their first race – the 1979 British Grand Prix. “I was very happy," says Frank. “Hours after the race, my wife Ginny and I were sat in our caravan. It just felt surreal." The year after, Alan Jones – “he was mighty quick and also very amusing out of the car" – delivered Frank his first drivers’ title with Carlos Reutemann assisting in delivering the constructors’ championship, too.

[adinserter name="GOOGLE AD"]But on 8 March 1986, everything changed. Frank had a car accident when driving from Paul Ricard to Nice airport, suffering injuries that would confine him to a wheelchair. He had no intention of giving up on F1, though. Supported by Ginny, who played a key role both at home with the family and with the racing team, he was back at the helm nine months after the accident – and has been there ever since.

There was more tragedy for Williams in 1994 when Ayrton Senna died at the San Marino Grand Prix. “He was a very talented driver, utterly determined," says Frank of Ayrton, a driver whom he had long wanted to race one of his cars. Since his death, all Williams cars have the Senna ‘S’. Jacques Villeneuve won the drivers’ title in 1997, with the team collecting the constructors’ prize, making Williams the second most successful constructor in the history of Formula One – an accolade they still hold until today.

While Frank doesn’t travel to many races any more, he remains Team Principal of the team he created with Patrick and has every intention of continuing on for many years to come.

Sir Frank Williams: “Fifty years in Formula One. Honestly, I haven’t thought about it very much. I can’t say I’ve loved every minute of it, because moments have been very difficult – I’ve lost my wife, I’ve lost drivers. But Formula One has been very good to me. I’ve always been nuts about speed, since when I was a boy, I’d drive around pretending I was a driver – that sort of nonsense. Patrick Head joining was significant, he was key in making this company what it is. We’ve had great success but there’s a well-known expression in F1: ‘You’re only as good as your last race.’ We will keep on fighting – and I’m not going anywhere yet."

Jonathan Williams: “Dad is nothing if not determined. His accident was dramatic, life changing for all of us. We, as a family, had to adapt. Mum had to adapt but also rebuild Dad and around him. She was exceptional. Dad’s determination to return to Formula One never waned. He is a racer – and he’s always looking to the next race. His competitive nature is as strong as it’s ever been. What he has achieved is a great legacy for our family, for his grandchildren and for the fans. But the story continues – he’s not done yet."

Claire Williams: “Dad has the most extraordinary tenacity and resilience but I think it all comes down to his passion. He just loves F1, it’s his life. When he came out of boarding school, and that was quite a lonely period for him growing up, Formula One gave him a community. Certainly after the accident, it gave him something to live for, as much as his family did. Williams is what kept him going, which is why he refers to F1 as his oxygen. He lives and breathes for it, and continues to do so today."

Jaime Williams: “I wouldn’t say it’s important for Dad to be the longest serving team boss in Formula One. He isn’t a man who dwells on his achievements. He will be thinking about what happens next, about the next grand prix. Dad’s strength is his perseverance. The things that he has managed to achieve in the face of adversity are extraordinary. It takes a special person to be able to keep going regardless of the things that life has thrown at him over the years. He kept going and he achieved great things because he did."