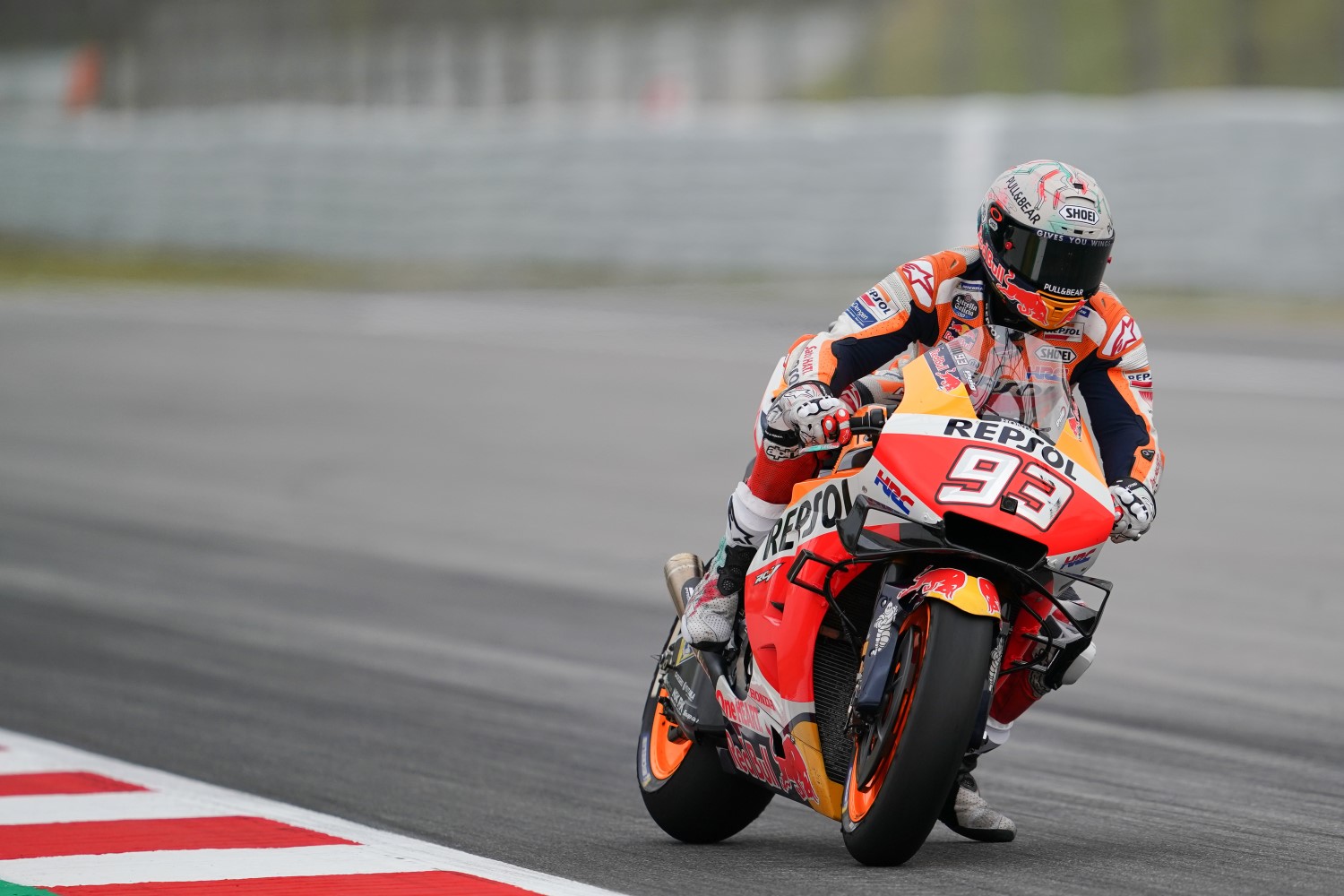 Marc Marquez celebrated a dominating home victory at the Catalan GP while an apologetic Jorge Lorenzo had his strongest start to a race this season before falling.

The hottest conditions of the weekend met the MotoGP World Championship as the 24-rider strong field lined up on the grid. 51Â°C track temperature caused Marc Marquez little issue as he relished an early fight as the lights went out.

Marquez would soon find himself leading his home Grand Prix with a comfortable advantage due to incidents behind. Consistently lapping in the mid to low 1’40s during the early stages of the race, Marquez maintained his advantage to cross the line 2.660s clear of second place. This is the reigning MotoGP World Champion’s second premier class win in Barcelona and his fourth of the 2019 season.

The victory is Marquez’s 48th in the premier class and helps to extend his championship lead to 37 points over Dovizioso who was involved in the accident with Lorenzo. Honda hold a 15 points advantage over Ducati in the Constructor Championship.

Off the line it was the GP19 of Dovizioso who got the best launch and the Italian beat polesitter Fabio Quartararo (Petronas Yamaha SRT) and Marquez down into Turn 1 to grab the holeshot, with Quartararo slipping backwards as the lights went out in Barcelona. The likes of Vinales also made a good start but it was Lorenzo who was one of the biggest movers – the five-time Champion coming from P10 to slingshot his way to fourth at Turn 5 on Lap 1.

Vinales had managed to get past Marquez but the latter took P2 back on Lap 2 before a huge, race-defining moment struck at the front. Coming into the tricky Turn 10, Lorenzo was late on the brakes as he attempted to pass Vinales up the inside as teammate Marquez went to dive past race leader Dovi.

However, in too hot, Lorenzo then tucked the front as Dovi turned into the corner. The number 99 Repsol Honda collected the number 04 bike and the former teammates went down, with Vinales also crashing after being left with nowhere to go.

[adinserter name="GOOGLE AD"]Rossi, who was also late on the brakes as he tried to pass Mission Winnow Ducati’s Danilo Petrucci for P5 just behind, went wide and became another victim of Lorenzo’s crash – The Doctor almost kept it upright, but he and his Yamaha became too tangled with Lorenzo’s RC213V as the nine-time World Champion crashed out. Four podium contenders and four World Champions were out of the Catalan GP.

This chaos left Marquez with a healthy cushion at the front and from then on, the reigning World Champion started to edge out his advantage over second place Petrucci, his lead nearly two seconds with 20 laps to go as the battle for the second and third places on the box raged on.

Team Suzuki Ecstar’s Alex Rins and Quartararo were harassing Petrucci, with Rins the one doing the most pressing. But there was no way through for the Spaniard until a move in Turn 1 nearly stuck, Rins got past Petrucci but ran it slightly wide to allow the number 9 to get back at the Suzuki.

With 11 to go Marquez’ lead was now up to five seconds but behind, the battle was intensifying as Jack Miller (Pramac Racing), Team Suzuki Ecstar’s Joan Mir and Cal Crutchlow (LCR Honda Castrol) were in with a shout of a podium. Then, contact. On the exit of Turn 4, Rins went for a small gap but Petrucci closed the door – blue paint rubbed against red leathers as Rins found a way past. The Spaniard couldn’t drop Petrucci though and using the Ducati grunt, the Mugello race winner overtook Rins into Turn 1 with eight to go. On the following lap, Rins then tried to return the favor but he was too late on the anchors. The inside line suddenly closed as the Suzuki star almost tagged the back of Petrucci, with the GSX-RR bucking and weaving as Rins went wide and dropped to sixth.

Crutchlow then crashed out after mistiming his braking marker at Turn 4, with Quartararo now into second as the podium battle began to stretch out. Would the rookie grab his first MotoGP™ podium? 0.5 was his advantage over Petrucci who in turn had a one second lead over Miller on the last lap. Marquez cruised round to claim Catalan GP glory, much to the delight of the home fans, with Quartararo making amends for Jerez’s disappointment to claim P2. Petrucci took home his third successive podium of the season with Rins recovering to snatch fourth from Miller.

Marc Marquez
“I chose the soft rear to try and push in the beginning and to try to not overheat the tire but to try to be constant and fast. All of the Repsol Honda Team did a really good job this weekend; we worked hard and prepared well for the race. The team told me something had happened to Dovi, so I just kept pushing and focusing on my own race. We had the perfect strategy regardless and I want to thank all the fans who came out. Gracias! It's always special when you can celebrate winning together with your brother, Alex rode well this weekend!"