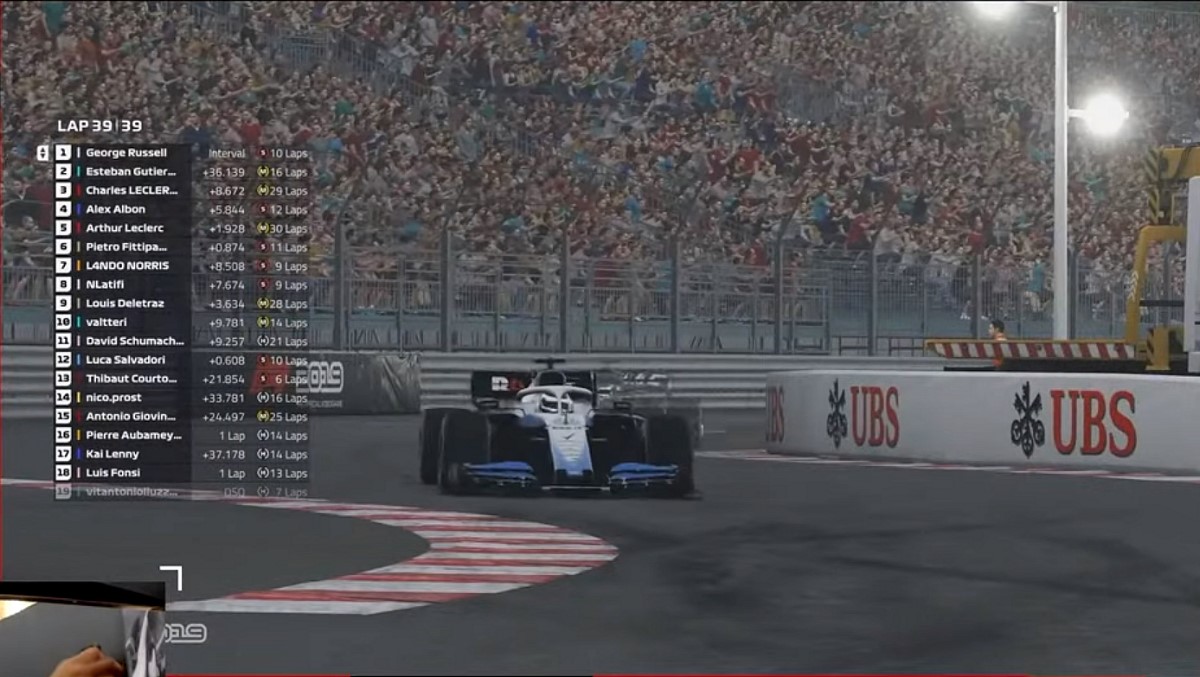 Williams driver George Russell won the Virtual Monaco Grand Prix by 39 seconds as the tight street circuit resulted in a race of utter carnage among his rival drivers.

The event was held in lieu of the real Monaco Grand Prix, which was scheduled for this weekend before the coronavirus pandemic forced race organisers to cancel it.

The virtual Monaco Grand Prix saw the largest number of real-life F1 drivers take part in an esports event since F1 started the initiative in March, with eight on the grid. However, Esteban Ocon, who made his F1 esports debut for Renault, barely featured after suffering connection issues from his home.

Russell's win was secure after he took the lead in the opening corner and built a comfortable margin over the rest of the field. His lead extended significantly when his rivals made early pit stops and came back on track in traffic, while he continued to make good progress in clean air. Initially he faced challenges from brothers Charles and Arthur Leclerc, who were both racing for Ferrari, but their decision to pit early eventually saw them drop out of contention for the win.

Charles Leclerc, who won two F1 esports races earlier this year, finished third after Mercedes reserve driver Esteban Gutierrez came through the field on a two-stop strategy and barged the Ferrari driver out of the way coming out of the tunnel on the penultimate lap to take second.

Mercedes driver Valtteri Bottas made his debut in the world of F1 esports on Sunday, but after being spun in a first lap incident involving Alfa Romeo's Antonio Giovinazzi, he dropped to the back of the back and finished 11th after 39 laps of racing. Ahead of the event, Bottas admitted he had not given the game as much attention as some of his rivals.