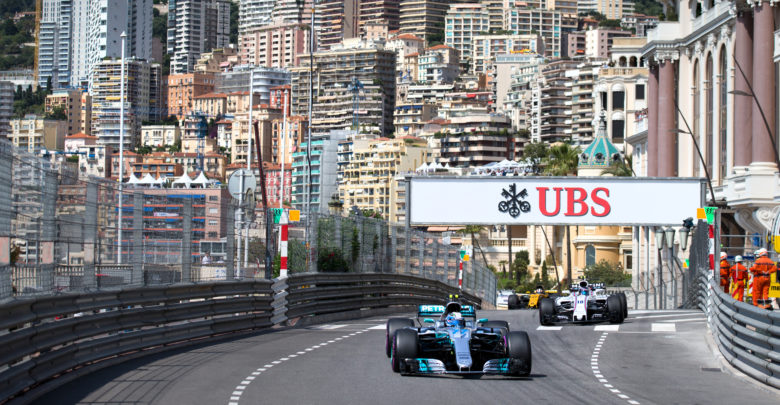 On what is traditionally the biggest day of the year in motorsports, ESPN will salute the Monaco Grand Prix and the Indianapolis 500 with encore presentations of some classic editions of the two iconic racing events on Sunday, May 24.

Over a 15-hour period beginning at 6 a.m. ET, the salute will include encore airings of the 2018 and 2019 editions of the Formula 1 Monaco Grand Prix as well as ABC’s presentations of the 2006, 2011 and 2014 runnings of the Indianapolis 500. In addition, the day will have four hours of competition in the F1 Esports Virtual Grand Prix Series.

The tribute includes (all on ESPN2):

8:30 a.m. – 2019 Monaco Grand Prix
In the 66th edition of the race as part of the F1 championship, Lewis Hamilton’s Mercedes beats the Ferrari of Sebastian Vettel by only 2.6 seconds, with Valtteri Botas giving Mercedes two of the top three finishing positions.

3 p.m. – 2006 Indianapolis 500
In the 90th Indy 500, Sam Hornish Jr. passes rookie Marco Andretti coming to the line to score his first and only Indy 500 win. It was the first time in history that a driver had made a winning pass on the last lap of the race and at the time was the second-closest finish ever.

5 p.m. – 2011 Indianapolis 500
The 100th Anniversary Indianapolis 500 ends with a surprise as J.R. Hildebrand, leading on the last lap, crashes into the wall exiting the fourth turn, opening the door for Dan Wheldon to slip by for his second Indy 500 victory.

7 p.m. – 2014 Indianapolis 500
One of the most competitive runnings of the Indy 500 features 34 lead changes among 11 drivers with Ryan Hunter-Reay passing Helio Castroneves on the last lap and taking the checkered flag in the second-closest finish in race history.

Live Formula 1 racing will air on ESPN and ABC when competition resumes later this year. On the heels of double-digit television viewership growth in the United States over the past two seasons, ESPN and Formula 1 forged a new agreement last fall that will keep the Championship on ESPN and ABC through 2022. F1 returned to the ESPN networks in 2018.

All times Eastern and Replays unless noted

The program will air Sunday, May 24, at 2 p.m. ET on NBC and will celebrate “The Greatest Spectacle in Racing" and provide fans with exclusive, new content from the iconic Indianapolis Motor Speedway.

The enhanced presentation will feature a prerace conversation on-site from Indianapolis Motor Speedway with Tirico, 2019 champion Simon Pagenaud, and 2016 winner Alexander Rossi (last year’s runner-up to Pagenaud), alongside the famed Yard of Bricks.

Once the green flag drops, Pagenaud and Rossi will provide exclusive commentary during the broadcast, sharing their personal perspectives on key moments throughout the race and their memorable back-and-forth battle. that punctuated NBC Sports’ inaugural Indy 500 broadcast last year.

“The goal of our enhanced broadcast is to honor the traditions of ‘The Greatest Spectacle in Racing,’ and re-live elements of last year’s race through Simon Pagenaud and Alexander Rossi as they battled back-and-forth to the checkered flag," said Sam Flood, executive producer and president, production, NBC and NBCSN. “We know the excitement, anticipation and intensity will be that much higher for the 2020 Indianapolis 500 on Aug. 23 on NBC, and we’re excited for the return of INDYCAR at Texas Motor Speedway on June 6 on NBCSN."

“For more than a century, the Indy 500 at the Racing Capital of the World has served as a powerful and stirring tribute to our nation’s shared history of service, sacrifice and excellence," Penske Entertainment Corp. President & CEO Mark Miles said. “While this Memorial Day weekend will certainly be different, we’re pleased to join our partners at NBC Sports in continuing this tradition through this special TV presentation. We look forward to recognizing both our military and frontline COVID-19 heroes while providing motorsports fans some intense and behind-the-scenes INDYCAR action through the race replay."

The enhanced broadcast will also feature traditional pre-race elements to recognize the military traditions of the Indy 500, as well as special additions to honor those who are currently fighting on the front lines of the COVID-19 pandemic.

Coverage will also include an essay by Tim Layden on a look at a different “Month of May" and a look ahead to the return of racing at IMS. NBC Sports’ lead INDYCAR play-by-play voice Leigh Diffey will provide commentary looking ahead to the start of the 2020 NTT INDYCAR Series at Texas Motor Speedway on Saturday, June 6, on NBCSN.

The two-time Sports Emmy Award winning series from NASCAR Productions, returns Sunday, May 24, at 3:00 PM ET on FS1 with a special episode chronicling the return of live sports in the U.S. with last weekend’s NASCAR Cup Series race from Darlington Raceway. 100,000 CAMERAS: THE RETURN OF NASCAR tells the story of this historic moment through the lens of fans, communities and teams.

Capturing the excitement of last Sunday’s race using the series’ signature mixture of fan-sourced content, broadcast clips and team footage, as well as in-depth profiles of sports fans and athletes, this special episode is a celebration of the strength of the human spirit and how sports can unite.