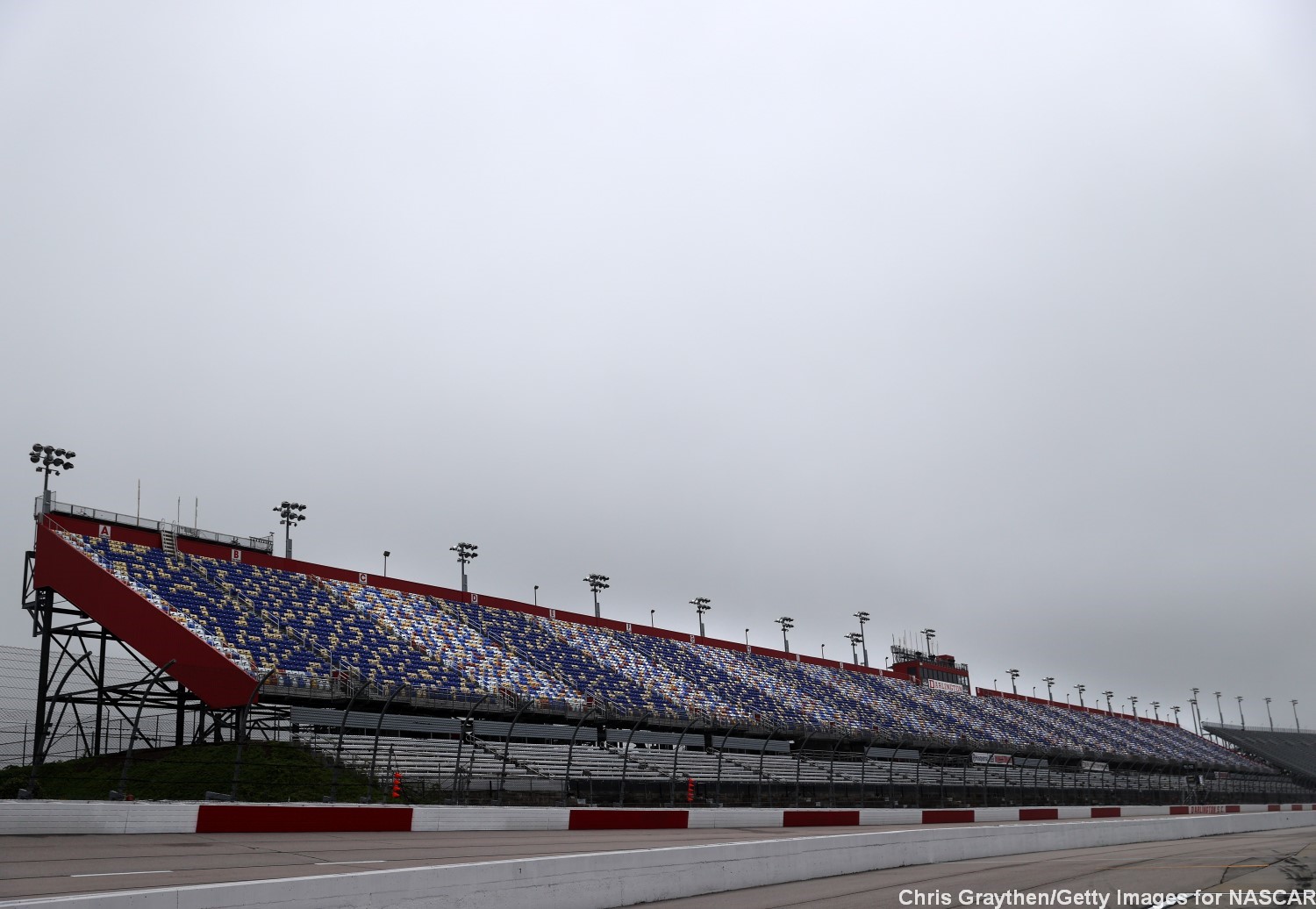 Leftovers from rain that moved through the area earlier delayed the start of tonight’s NASCAR Cup Series race at Darlington Raceway, but conditions had improved enough that track-drying was underway.

Race officials had already moved the start time for the Toyota 500 ahead 90 minutes to a 6 p.m. ET green flag. But inclement weather at the 1.366-mile track led to the delay of the 228-lap event (FS1, MRN, SiriusXM).

When the 500-kilometer race lines up, Ryan Preece will start from the pole position in the JTG-Daugherty No. 37 Chevrolet. He landed the top starting spot after an inversion of the top 20 finishers from Sunday’s The Real Heroes 400, the Cup Series’ most recent race and its first event back after the outbreak of the COVID-19 outbreak.

Competition officials added a partial inversion to determine Wednesday’s starting order after deciding to race without practice or qualifying in as NASCAR returns to hosting live events. That means Kevin Harvick, Sunday’s race winner, will start 20th in Wednesday’s race. Starting positions from 21st on back will be set by teams’ Sunday order of finish.