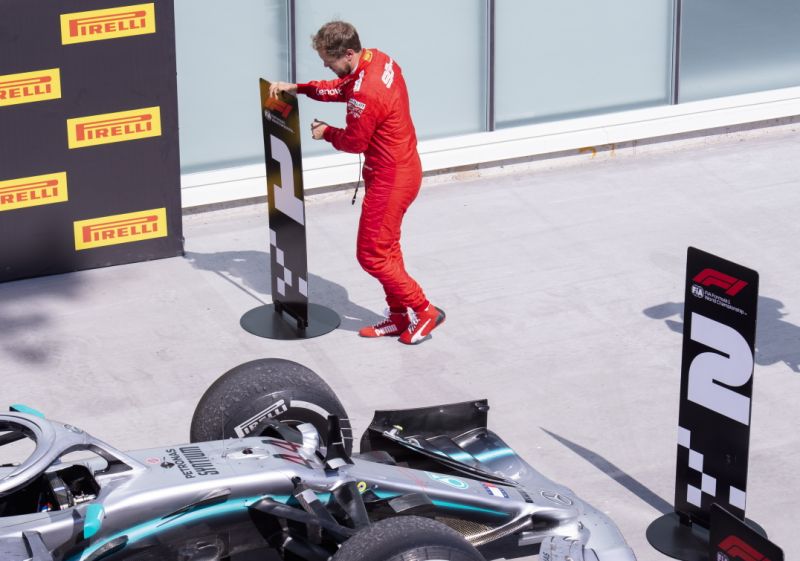 (GMM) Dr Helmut Marko has admitted he wonders if Mercedes is being unfairly favored by F1's authorities.

The Red Bull official hit out at the penalty that cost Ferrari's Sebastian Vettel victory in Montreal.

He even defended Vettel, who won all of his four titles at Red Bull, for what is being described as his post-race 'tantrum'.

"When he switched the signs, he only showed young people that you should always stand by your values," Marko told Auto Bild.

Part of Vettel's protest could have been against what Marko thinks is a pro-Mercedes bias among those who run the sport.

"Let's put it this way," the Austrian said. "It's noticeable that the rule changes and decisions lately have always been good for Mercedes.

"For example, Pirelli changed the tires for 2019 so they do not overheat, but last year only Mercedes had a problem with them.

"Suddenly in 2019 only Mercedes always gets the temperatures in the correct working window. Everyone else not.

"The concepts of all the cars was for less downforce. Only Mercedes built a car with a lot of downforce and traction, and in hindsight that was exactly the way to get the most from these new tires.

"I cannot prove that Mercedes got data earlier than us, but I cannot rule it out. We at Red Bull will look very closely at the future development of Formula 1 and there will also be discussions with Pirelli," Marko added.

Mercedes' Toto Wolff played down Marko's comments, insisting: "We cannot be distracted by such voices.

"Every year we get new tires from Pirelli. Sometimes you understand them faster, sometimes you have more trouble with them, and as fair competitors, we make the most of what's given to us."