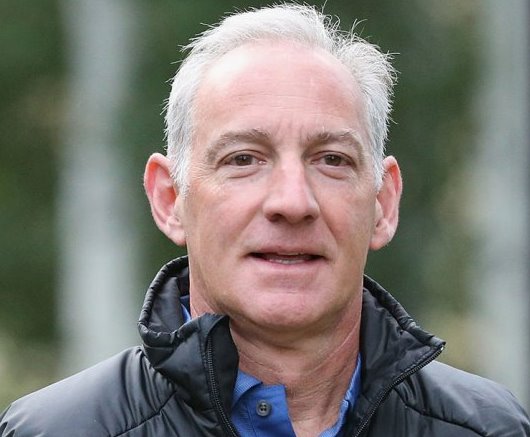 UPDATE NASCAR’s proposed $2 billion takeover of International Speedway Corp. (ISC) has been framed by many as the racing circuit’s solution to cutting down on a marathon 38-race season schedule. The theory is that private ownership of 13 tracks (ISC’s 12 + Iowa Speedway) gives the racing circuit the flexibility needed to eliminate and/or move race dates and venues. But Chris Lencheski (a sports/media private equity CEO, a winning NASCAR team owner & LeMans racing promoter in D.C.) believes that there’s a larger play at “value creation" at stake here – “the chance to own the entirety of global motorsports for the first time, should someone be so motivated."

Howie Long-Short: Mark Coughlin suggested back in late April that Sonic Financial Corp’s bid to take Speedway Motorsports, Inc. (TRK) private was the “first step" to a NASCAR roll-up, but Lencheski points out that it was actually the second step to this “global motorsports roll-up opportunity." NASCAR’s April ’18 acquisition of Automobile Racing Club of America (ARCA) – stock car racing’s minor leagues – eliminated a potential competitor (in the late 90s/early 00s Bruton Smith expressed genuine interest in acquiring ARCA to compete with NASCAR) and started the chain of events.

Hulman & Company’s recent sale of their consumer packaged goods brand, Clabber Girl, falls nicely in line should a buyer seek a global roll-up. Mark Miles’ decision to unload a company best known for its baking powder gives the CEO “optionality" – a prospective buyer of a pro sports organization and its venues isn’t going to want to be in the baking goods support business – and with “the world’s most famous race track (Indianapolis Motor Speedway), the single biggest event in the world on a given day (Indianapolis 500) and a series (IndyCar) with some positive momentum for the first time in 15 years there shouldn’t be a lack of interest in the opportunity."

Lencheski and others expect that NASCAR may look to buy the sport’s other main track operator – Speedway Motorsports Corp (TRK) – or conversely, TRK may wish to sell to them out concern that they’ll be locked out of the “market effect". The 12 ISC tracks that the France family is acquiring host 21 of 36 Monster Energy Cup Series races. A subsequent acquisition of TRK would “effectively give NASCAR every track (Pocono, Dover & Indianapolis – minus a sell – would be the exceptions) and bring 98% of all NASCAR related revenue streams under one roof", making for an attractive asset for a single-entity buyer. Acquiring TRK‘s 8 tracks would also enable NASCAR to command the highest multiple when selling the rolled-up assets.

Liberty Media Corp. (already owns Formula One) and Fenway Sports Group (think: Red Sox, Liverpool F.C.) are the most logical buyers for a NASCAR roll-up and the remainder of the Hulman & Co. portfolio. Aside from their deep understanding of entertainment, sanctioning bodies, ticket sales, media sales and licensing sales, both operate with “global business models" – and that’s critical because it’s where the opportunity lies (NASCAR and IndyCar both have larger international aspirations and F1 could use the ISC/TRK tracks to increase North American awareness).

Liberty is also motivated to take down as many qualified global sports properties that it can “level up" with their existing portfolio. As Lencheski pointed out, between stakes in “Live Nation, Trip Advisor, Expedia, QVC etc. the opportunity to increase their pipeline with global events to sell tickets, rental cars, flights, hotel rooms and merchandise is attractive; and that’s before the ‘new normal’ digital media ecosystem cuts across continents, which will increase economic opportunities for those that can create value from synergy and expense-side redundancies."

As for Fenway Sports Group, they’re “invested in a NASCAR team, have access to capital and [John Henry] has expressed interest in buying NASCAR." It’s certainly feasible Fenway would align with Liberty on what would be the only “independent world-wide entertainment asset as large as the World Cup or Olympics; yet, it would be held on an annual basis." JohnWallStreet.com

In an recent interview with NBC News' Claire Atkinson, CEO Greg Maffei was asked about the company's interest in NASCAR:

Q: Let's talk about sports. What is your interest in the regional sports networks being sold by Disney and Fox, and there are reports that Nascar could be on the market?

A: The logical owners of the RSNs are either a big distributor or a big content owner. We would take a look because of the Atlanta Braves alone, we are big content supplier to them. We'd be interested in taking a look. We like motor sports. If NASCAR were available, we'd certainly take a look. NBC News