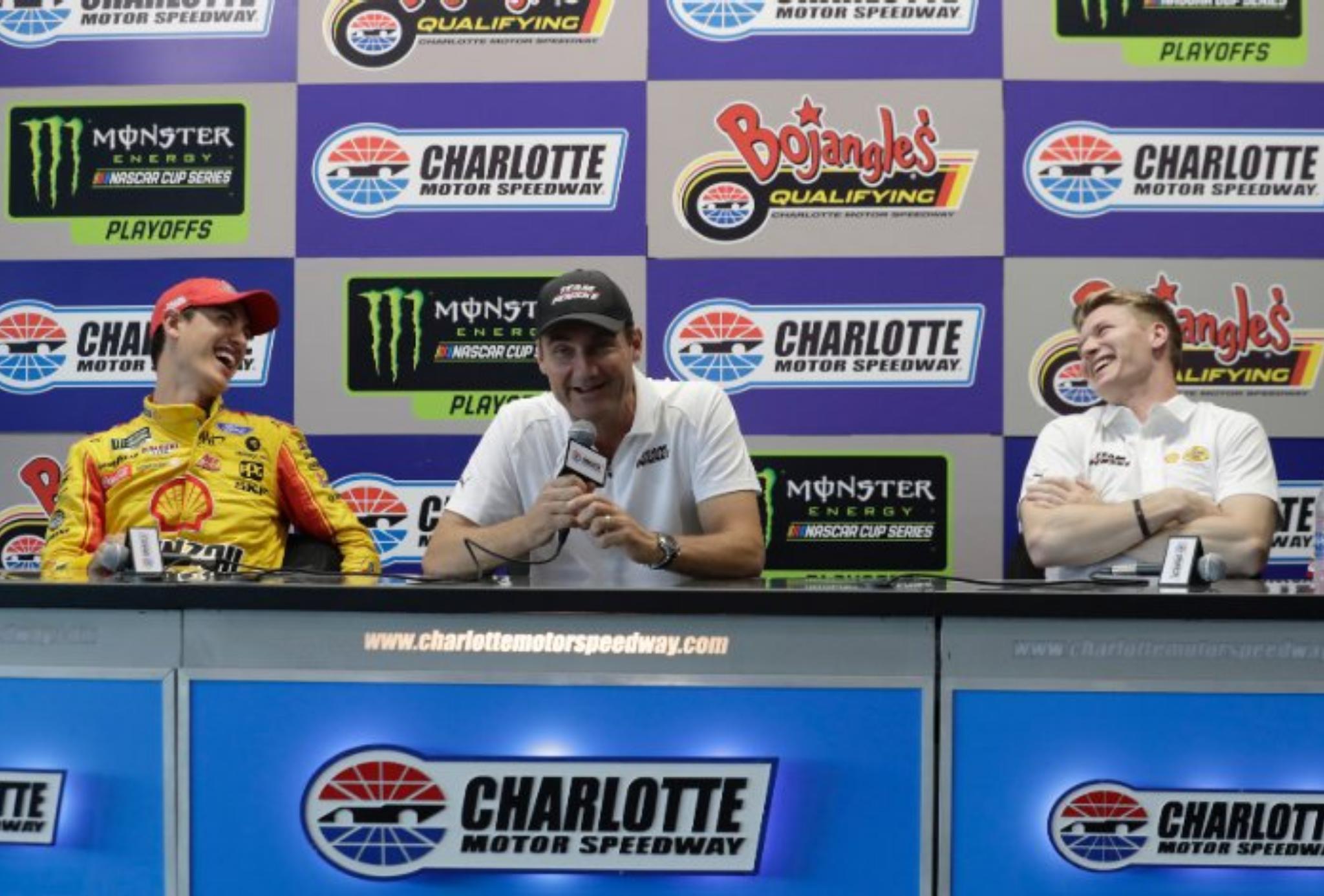 Newgarden was officially crowned the NTT IndyCar Series title earlier this week, and after Friday night's Monster Energy NASCAR Cup Series qualifying, he strapped into his Team Penske Shell/Pennzoil IndyCar and took it out on the track for a few laps.

"I actually think what's happening now, in the next hour, is going to be the coolest thing I get to do all week," Newgarden said prior to the exhibition run. "Certainly thanks to our great partner Shell Pennzoil. This is kind of a treat for me; I get to have some fun."

Newgarden joked about having more fun that he's probably allowed when he takes his IndyCar to the ROVAL.

"I'll probably try and get in trouble and just stay out there until they start yelling at me," Newgarden said. "I've already apologized to (team president) Tim (Cindric) if we get fined due to my actions on the track."

Newgarden spent an hour running some computer simulations trying to learn the ROVAL™.

"I've never seen this track, never driven on it in anything," Newgarden said. "So I got a little taste on a desktop computer just to try and figure out where they heck I was going and get my gears sorted out in my head."

"If you're not faster than my car in that, you don't deserve that trophy," Logano said.

"I guess I gotta do 15," Newgarden said. "I don't know who Blaney is betting in the paddock or what he's got going on. He's the expert, sounds like. I haven't really thought about it."

Logano and Newgarden have pestered Cindric about doing a car swap at Charlotte, and this is the first step, in conjunction with team sponsor Shell Pennzoil.

Logano, Newgarden and their two championship trophies were on display at America's Home For Racing.

"It's hard to believe, honestly, that sitting up here with both of these trophies and both of these guys," Cindric said. "And you look at the fact that we put together The Captain's 18th Indy 500 this year as well."

After taking six laps around the hybrid oval-infield road course layout, Newgarden said the track was different from any other he's raced on in the IndyCar series.

"It honestly felt really good," Newgarden said. "I didn’t know what it was going to feel like. Everything was pretty smooth for the most part. I was most interested in the tire difference. When you run a weekend with multiple series that have multiple tire makes and different cars, normally when you go out after another session you have to have (other cars) clean the track up and I was only one car, so I can’t clean the track for myself really fast. I thought there was no issue.

"It felt good. The banking was really neat because the wheel was really, really heavy. We don’t have power steering in these vehicles, so it was pretty loaded up for a long time through the banking but there were no problems. I wanted to go fast but not too fast. I think there might’ve been another second or two in it, but it was one run, so we wanted to take it a little easy.

"It was a blast. The whole point of this was to celebrate with Pennzoil. It’s been such a great year for them. … It’s really been a cool opportunity they provided. It all originated just to showcase the partnership and the performance they give us, but I think it ended up turning into a really cool discussion point."