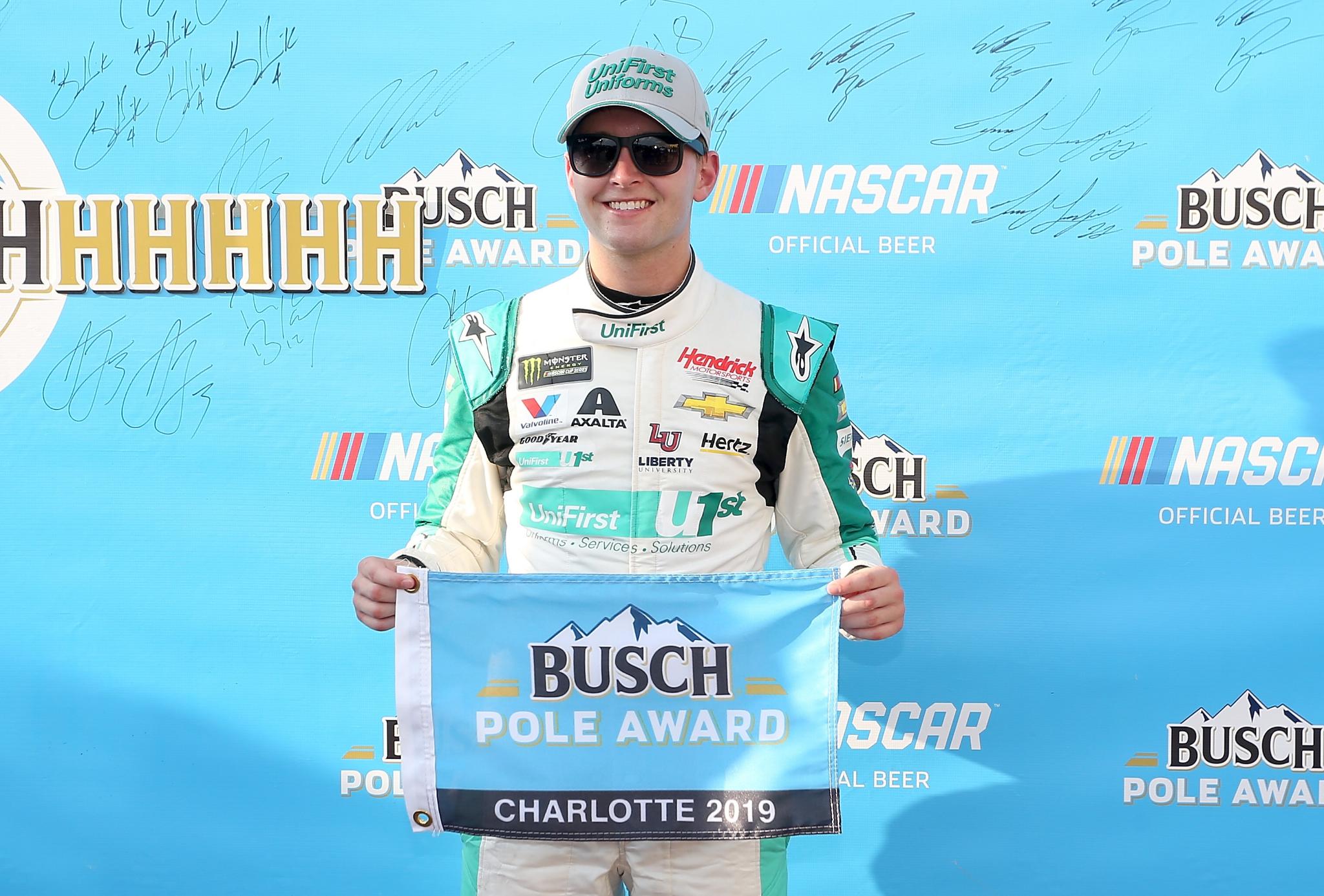 In a wild final round of qualifying on Friday, William Byron took the pole for the Bank of America ROVAL 400 at Charlotte Motor Speedway. On a slick track, Byron posted a lap speed of 103.198 mph. Teammate Alex Bowman will start on the front row with Byron, with Joey Logano, Jimmie Johnson and Clint Bowyer rounding out the top five.

Byron's pole-winning run was his fifth of the season and hissecond-straight at Charlotte Motor Speedway after winning the pole for the Coca-Cola 600 earlier in May.

[adinserter name="GOOGLE AD"]Both Bowyer and Larson missed the backstretch chicane on their first runs of the final round and had to make a second run. Larson had been on pace to win the pole before his mishap

Byron finished on top in the first round as well, joined in the top five in that session by Larson, Johnson, Bowyer and Keselowski.

Notable drivers not making the top 12 included Erik Jones (15th), Kyle Busch (18th),Chase Elliott (19th), Kurt Busch (23rd) Ryan Newman (24th) and Denny Hamlin (28th in a backup car). Both Kurt Busch and Jones are currently below the cut line for making the second round of the playoffs.

Final practice for the Bank of America ROVAL 400 is scheduled for Saturday at 2:00 pm. Sunday’s race broadcast begins at 2:00 pm.

Bryon enters this weekend's event 12th in points and just two points ahead of his teammate Alex Bowman for the final spot to advance to the next round of the Cup Series playoffs.

“The guys did a great job with this car and it really takes every corner around this race track to get a pole," Byron said after his run. “I knew we could qualify Top 5, but I really wanted the pole and really kind of went out there and got it. So, I’m really proud of this UniFirst team, it’s going to be great to start up front."