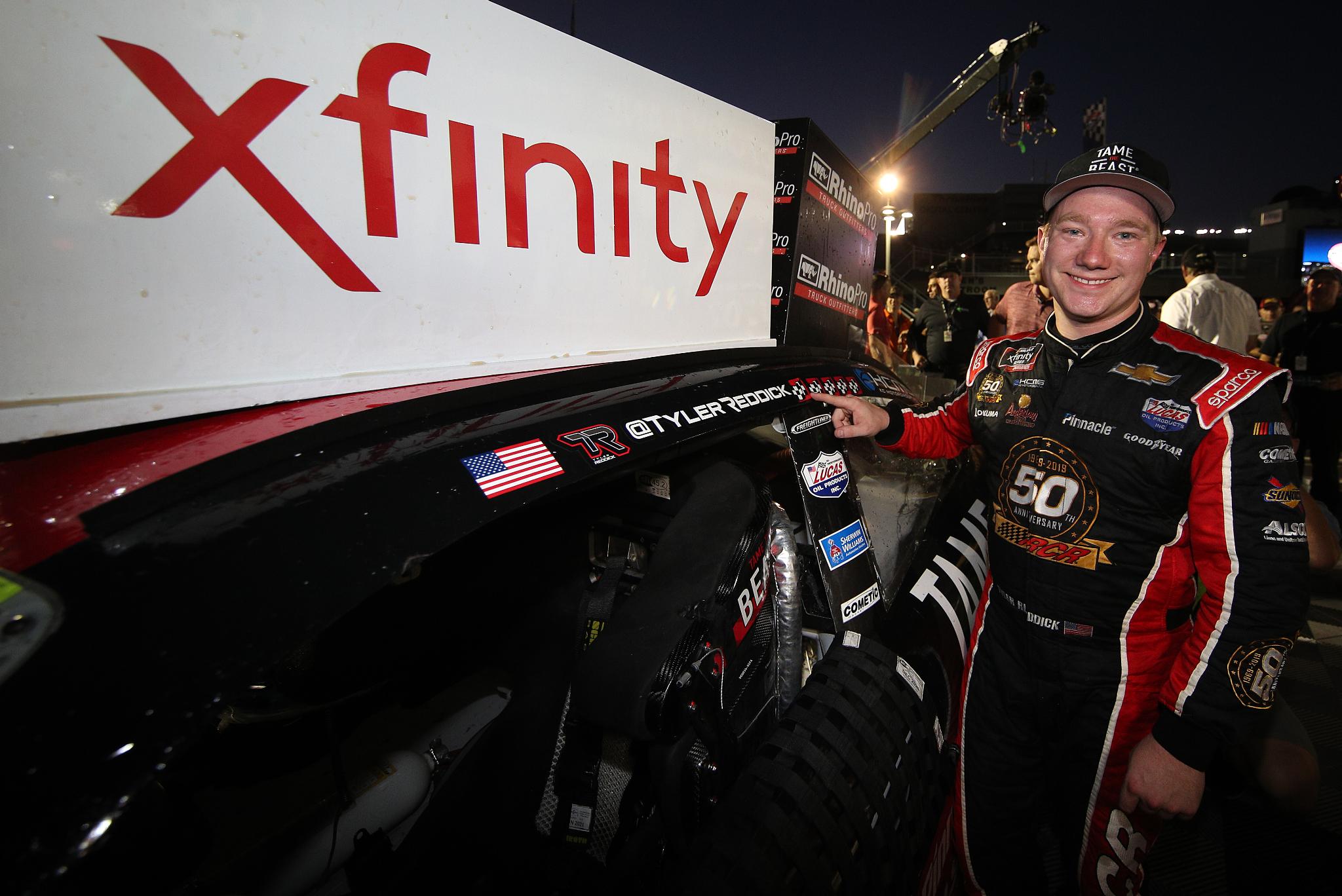 Reddick, who hoisted his fifth trophy, also officially earned the regular season championship based on points, on lap 71 of the 200-lap race. He was running fifth place at the time.

"Christopher Bell had a really fast race car today, but we were just able to come in and get fuel and tires and run really fast laps to keep us in front of him," said Reddick, whose 30 laps led to close out the win were the sum of his laps out front.

"Hat's off to [crew chief] Randall [Burnett] and all the guys, we've had a really fast car in the past, unfortunately today we didn't have it but we got them with strategy."

It was a strong statement for Reddick, 23, who earned his fifth victory to close out the regular season and now begins the Playoff run on a high note – the regular season champion and the most recent winner heading into the title run. The Californian has a series-best 20 top-five and 22 top-10 finishes in 26 races and is the defending Xfinity Series champion.

A six-race winner this season, Bell led a race-high 154 laps on the night and was understandably disappointed in the outcome after an especially strong showing Saturday. He pit for tires and fuel with 30 laps remaining and returned to the track to try to make up Reddick's nearly 20-second advantage at the time. He slowly gained but ultimately came up short.

Although Bell's impressive effort on the night didn't earn him the race trophy, he does go into the Playoffs with the points lead. He is the top-ranked driver with 2,055 points as they are reset. Custer and Reddick are tied for second as the points re-set, 11 points behind Bell.

Sieg failed post-race technical inspection, but fortunately for him, it didn't cost him a Playoff berth.

Custer, who bested Bell for the pole position Saturday afternoon, earned his fourth consecutive top-10 at the track and although disappointed not to win, seemed optimistic about his Playoff potential.

"We were just tight," Custer said of his No. 00 Stewart-Haas Racing Ford. "We tried to make adjustments to fix it. Just a tough weekend.‘'

But, he added. "We had a great regular season and looking forward to the Playoffs. I'm pumped for it. I think all the tracks in the playoffs we'll be strong and everybody should look out for us."

Reddick's crew chief Randall Burnett conceded it was a risky move to get the victory, but said he was feeling the Vegas vibe and that a strategic gamble was their only hope in besting the faster Bell.

"We felt like we weren't going to be able to get up there and compete with the 20 (Bell) he was the class of the field all day," Burnett said. "We saw an opportunity there. We knew we would be really close. None of the other guys came down (pit road). We really didn't have anything to lose at this point.

"We got back out there, he [Reddick] did a great job managing and holding pace. We just managed our pace based on how fast the 20 was catching us. We had to pick it back up at the end. It just worked out."