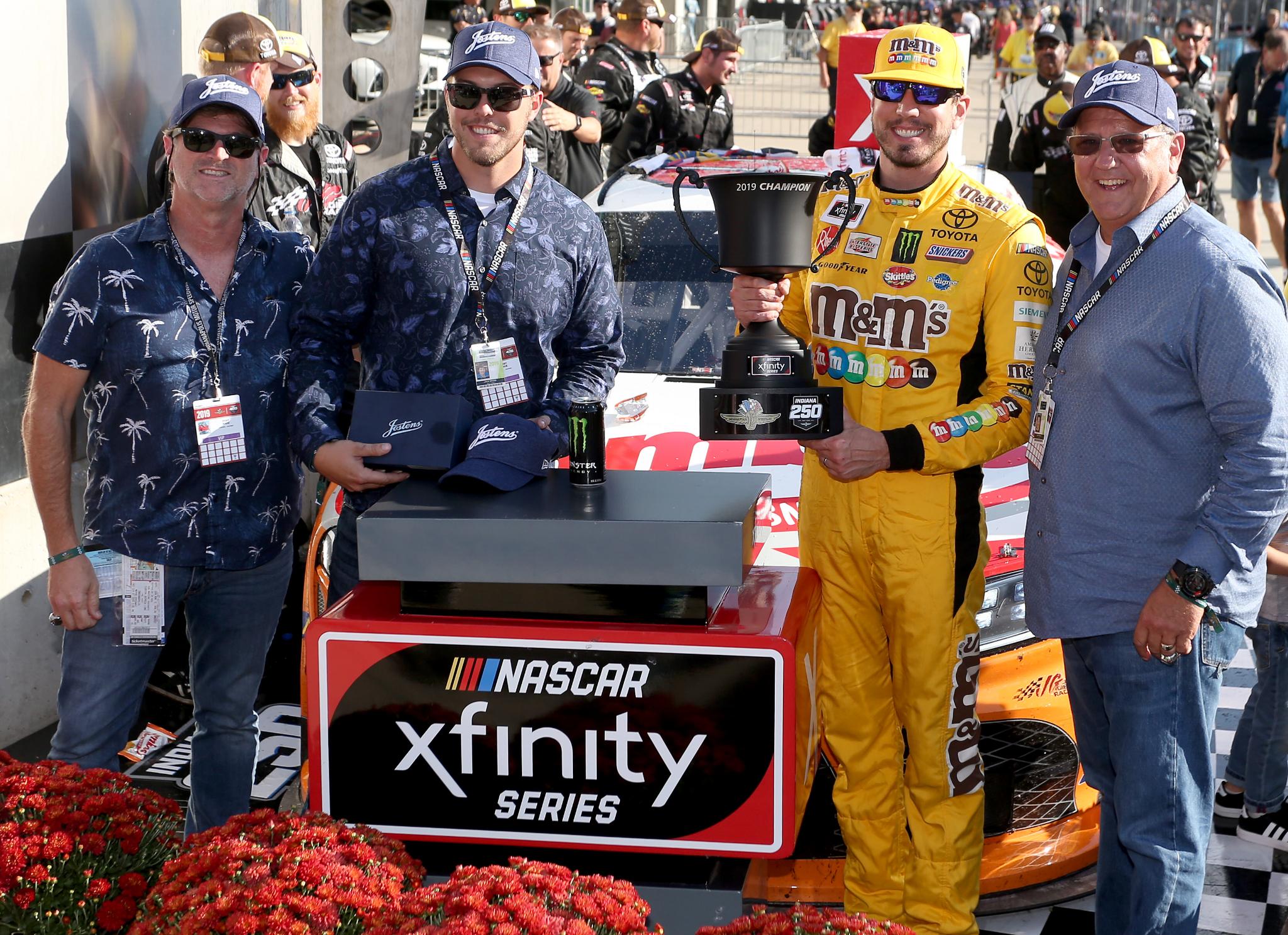 It was more of the same for Kyle Busch in Saturday's Indiana 250 NASCAR Xfinity Series race at Indianapolis Motor Speedway, but "more of the same" was anything but easy.

Busch held off Justin Allgaier by .132 seconds during a five-lap run to the finish at the 2.5-mile track, but only after a hard crash that took out frontrunners Christopher Bell and Tyler Reddick with seven laps left.

With a strong short-run car, combined with his unquestioned prowess on restarts, Busch took control after the final restart to win for the fourth time at the Brickyard, the fourth time in seven starts this season and the 96th time in his career, extending his series record.

In more ways than one, Busch benefited from the wreck that took out Bell and Reddick as they were battling for the lead. For one thing, it eliminated two of the strongest cars in the race. For another, it put Busch out front in clean air, greatly improving the handling of the No. 18 Joe Gibbs Racing Toyota Supra.

"It was really tough to pass, even when you had a run on a guy," Busch said in Victory Lane. "You could pass the guys who were set up for long-runs on the straightaways but some of those other guys, like (Bell, Brandon Jones) and the JGR guys, they were stupid fast.

"We got back in traffic and just really fought the handling of this thing and got stuck around fourth place. I'm real proud of this team. This Toyota Supra was awesome today, and glad we got to take it to Victory Lane."

Allgaier, the defending race winner, led a trio of JR Motorsports cars to top-five finishes, with Noah Gragson charging to third in the closing laps and Jeb Burton matching his career-best finish in his fifth start of the season. Justin Haley ran fifth and scored 35 points, enough to become the ninth driver to clinch a spot in the Xfinity Series Playoffs.

Three cautions in the final 14 laps doomed the chances of Allgaier, whose No. 7 Chevrolet was set up for long green-flag runs.

"Kyle's great, especially on restarts," said Allgaier, who led three times for 24 laps, half the total recorded by the race winner. "That's what sets him apart in the Cup Series and here in the Xfinity Series. Our Suave Men Camaro was on rails, especially on the long runs…

"You don't realize what it means to you until you come that close to tasting those bricks again. We'll go to Vegas (for the regular-season finale) next week, finish out the regular season strong and take this momentum into the Playoffs."

Bell and Reddick were running up front after a restart on Lap 93 of 100, but Bell's Toyota broke loose under Reddick's Chevrolet in Turn 2, sending both cars hard into the outside wall and eliminating them from the race.

Bell finished 29th, one spot ahead of Reddick.

"Of all my NASCAR crashes, this one takes the cake," Bell said after visiting the infield care center. The wreck deprived him of a chance to win for the seventh time this season.

Brandon Jones recovered from a spin after contact with Austin Cindric's Ford on Lap 87 to finish sixth, one position ahead of six-time winner Cole Custer. Chase Briscoe, Austin Hill and Ryan Sieg completed the top 10.

Reddick retained the series lead by 50 points over Bell and can clinch the regular-season title next Saturday by scoring 11 points.