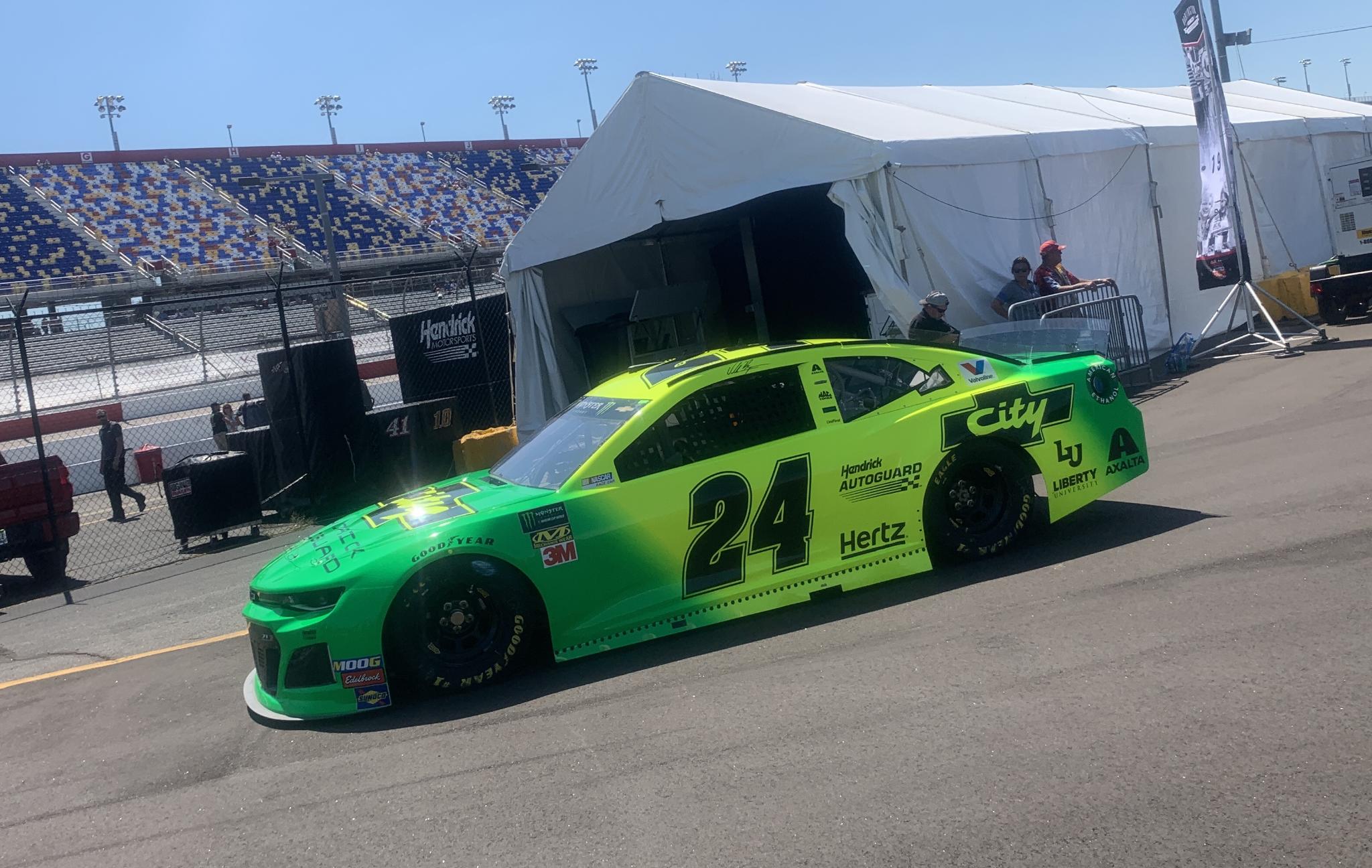 William Byron will lead the field to the green flag for Sunday's Southern 500 after clinching the pole position in Saturday's qualifying session at Darlington Raceway.

Byron turned a lap of 172.487 mph (28.510 seconds) around the famous 1.366-mile oval to beat out Brad Keselowski and Kyle Larson for his fourth career Monster Energy NASCAR Cup Series, including poles in three marquee events this season in the season-opening Daytona 500, the Coca-Cola 600 and now the Southern 500 – become just the third driver to win poles for all three events in the same season.

"It's awesome to get this City Chevrolet No. 24 on the pole and just see what we can do for 500 miles," said Byron, who joined Fireball Roberts and Bill Elliott in the exclusive club winning all three poles. "It seems we put effort into some of these qualifying efforts knowing how important track position is and we can have that No. 1 pit stall all day long and all night long, it's going to be a big deal."

Byron's No. 24 Chevrolet is sporting a throwback Days of Thunder paint scheme that honors Hendrick Motorsports involvement with the 1990 film starring Tom Cruise as the up-and-coming hotshoe Cole Trickle. Hendrick Motorsports provided the chassis and engineering support for many of the racecars used in the film. Randy Quaid's character Tim Deland was based in part on team owner Rick Hendrick.

"I don't even know. I guess we shaved this one like a bullet. So, we'll see what happens," said Byron. "It's a really long race. I just got to run all 500 miles. We're in a good spot in points so I think we can be aggressive."

Keselowski was the defending pole winner of the event but came up short of making it two in a row, falling to second with a lap of 172.088 mph in the No. 2 Ford, featuring a Rusty Wallace throwback paintjob. Kyle Larson will start third after turning in a lap of 171.842. Kurt Busch (171.764) and Daniel Suarez (171.321) rounded out the top five.

Kyle Busch cut his qualifying lap short after suffering a suspected engine problem and will start 33rd on the grid.