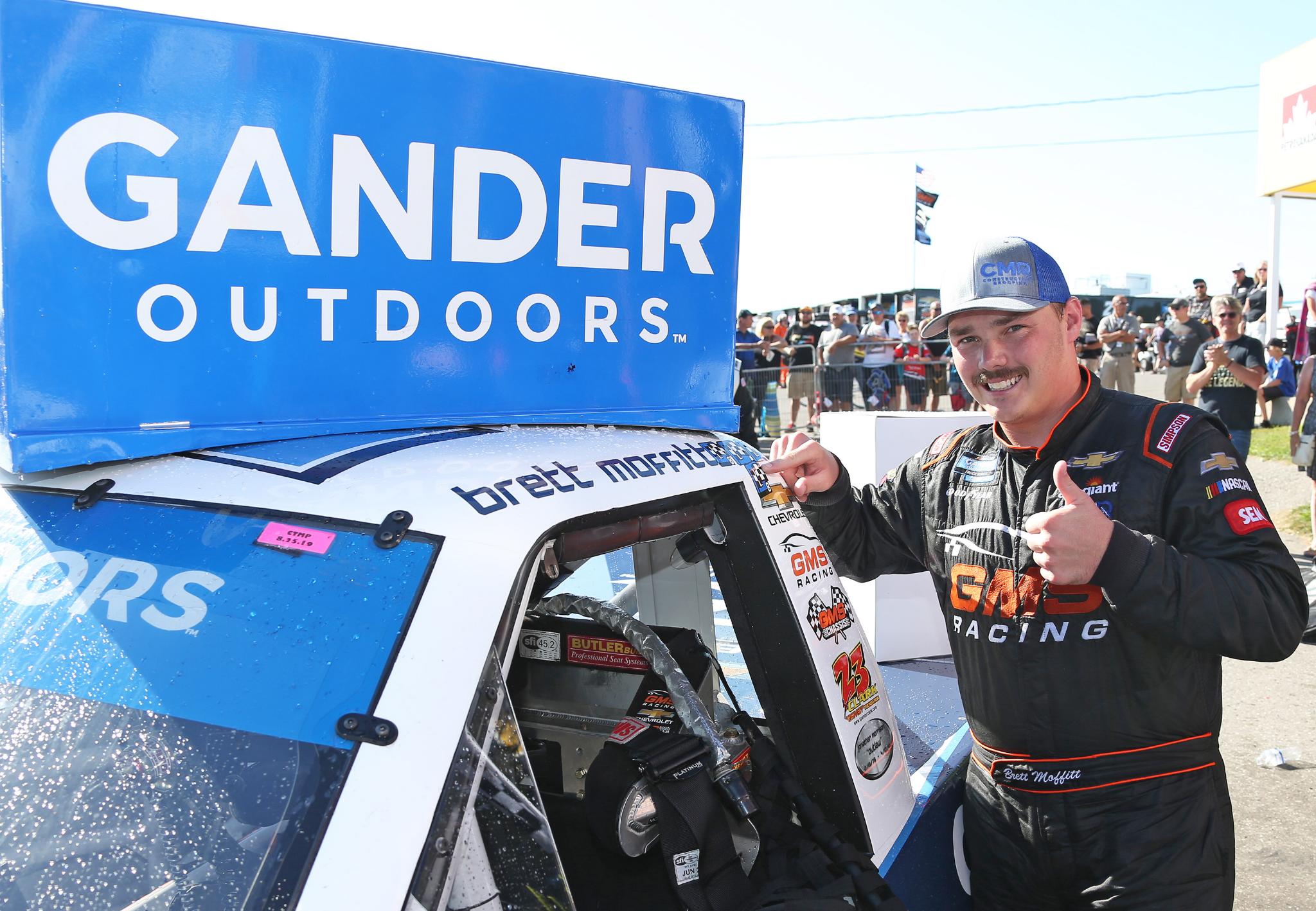 By comparison, Brett Moffitt’s 5.160-second victory in Sunday’s Chevrolet Silverado 250 looked like a drive in the Park. The current series championship leader earned his second playoff win in as many 2019 playoff races with the largest Margin of Victory in the race’s seven-year history over one of the very best road course racers in the world – Canadian Alex Tagliani.

Ben Rhodes finished third followed by Sheldon Creed. Austin Hill and Johnny Sauter got around another Canadian, fellow truck series playoff driver Stewart Friesen, on the last lap to round out the top-six. Friesen still had a solid day, an impressive rally from last place on the starting grid to seventh at the checkered flag – forced to conserve fuel down the homestretch.

Four of the first six series races at the track were decided on the final lap. This year for Moffitt’s strong No. 24 GMS Racing Chevrolet team, it was instead a matter of making a strong statement – earning a convincing win and extending his playoff win streak to two with the final race of this opening playoff round set for Sept. 13 at Las Vegas Motor Speedway.

Going back to the 2018 season – the defending series champion Moffitt has won four consecutive playoff races.

[adinserter name="GOOGLE AD"]"As far as the team goes, I just feel like everyone at GMS all the way back from the fab shop on up has been doing a better job," Moffitt said. "Our team personally has been communicating a lot better and just knowing what my words mean and what I need to find in the truck, I’d say we’re hitting our stride at the right time.

"It took a while to get here but before it was like we were missing a little bit everywhere and now we’re hitting on all cylinders." Moffitt led 45 of the 64 laps.

Playoff driver Ross Chastain finished eighth and his nine laps led was the most by any driver other than Moffitt. Among the other playoff drivers – Tyler Ankrum finished ninth, Matt Crafton was 11th and regular season champion Grant Enfinger was 13th.

There were only three caution flags on the afternoon – two for stage endings.

As has often been the case in this seven-year old event, again the action intensified in the final laps. This year it was behind the leader.

Harrison Burton lost a motor while running in the top-five with two laps remaining, but was able to get off the track without bringing out a caution flag. The driver racing him hardest at the time, Friesen had to back off himself to conserve fuel on the final lap.

"It was a battle for sure," Friesen said. "I screwed up in practice and wrecked the primary [truck]. But we were able to battle up through there and almost had a top-five but started running out of fuel at the end.

"We gave up a couple positions at the end but still got out of here with some points."

Two of the eight drivers will be eliminated from championship contention following the final playoff race of this round at Las Vegas in two weeks. With his two victories, Moffitt has an automatic berth in the next round. Chastain is second in the championship points standings, with a 22-point advantage on third-place Friesen.

Two-time series champion Johnny Sauter sits a mere two-points behind his ThorSport Racing teammate Enfinger just outside the playoff bubble and 18-year old Ankrum is 14 points below the cutoff.