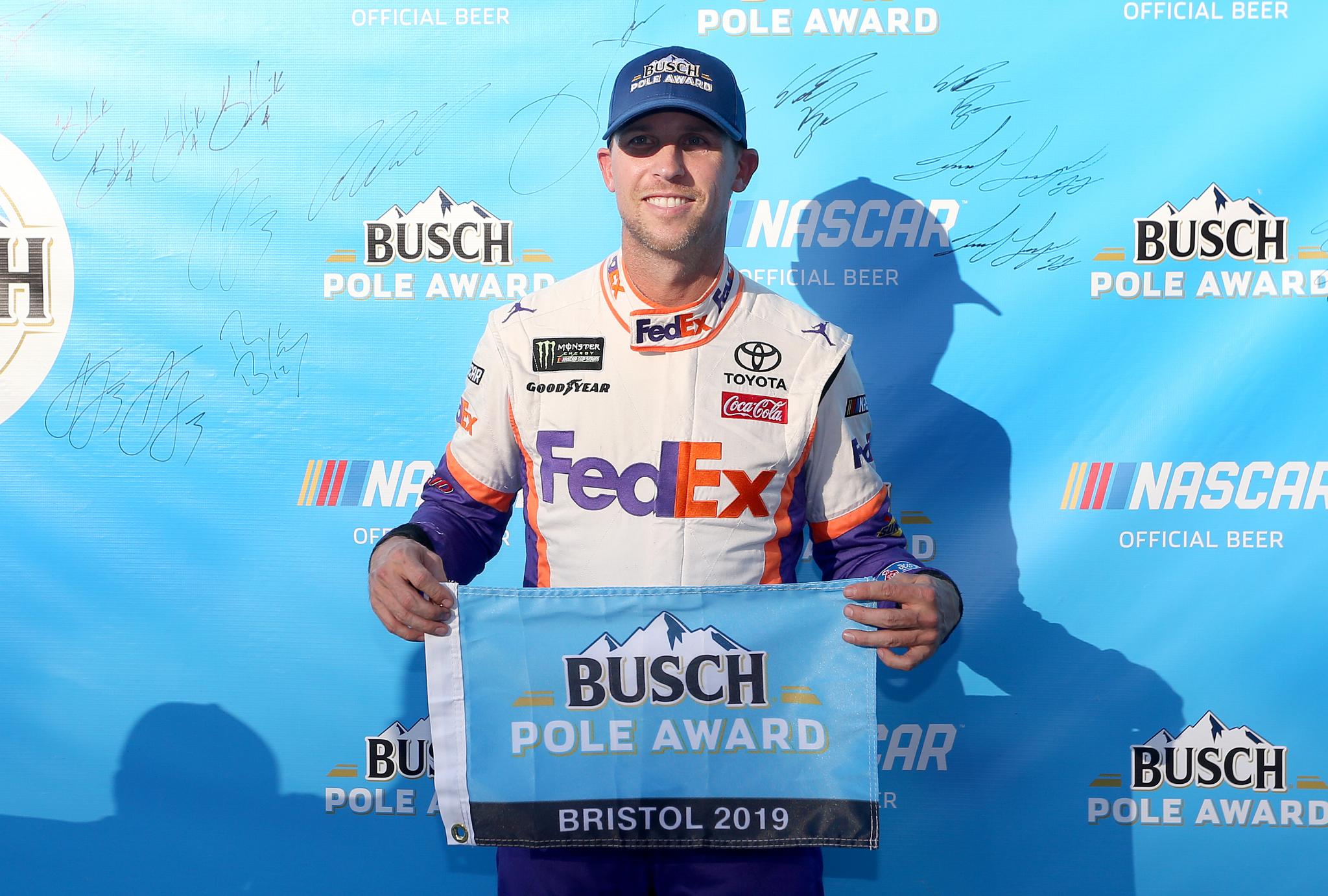 After 38 drivers made qualifying runs, it was Hamlin who was left at the top of the peak.

Larson was the 34th driver to take to the track, and his impressive lap at 129.004 mph (14.874 seconds) put him on the provisional pole for Saturday's Bass Pro Shops NRA Night Race.

Larson's stay on the pinnacle, however, lasted less than a minute, as Hamlin followed with a lap at 129.330 mph (14.848 seconds) to secure his first Busch Pole Award of the season, his fourth at the .533-mile high-banked concrete short track and the 31st of his career.

Strapped in his car as he readied for his run, Hamlin was unaware that Larson had jumped to the top of the speed chart. Even when he came to the media center for his post-qualifying interview, Hamlin thought he had beaten Joe Gibbs Racing teammate Martin Truex Jr. to earn the first pole position of the season for Toyota.

"It was Larson?" Hamlin asked. "I was wondering why he was giving me the finger when he went by. I thought it was Martin—even better."

Based on practice, though, Hamlin was confident he could make a run at the top starting position.

"I was confident, as long as the crew chief (Chris Gabehart) did his job, and I did my job, we definitely had a chance," Hamlin said. "I'm proud of this whole team for giving me such a great car. The guys are on it right now—it's just unbelievable with what they're doing with these race cars.

"I'm just trying to learn every week, doing everything I can to get better, and the results are showing it."

Hamlin has three victories this season, his most since an equal number in 2016, and he comes to Bristol riding a wave of five straight top fives and four straight top-three finishes, including a win at Pocono.

"I was just a little bit too tight to kind of roll through the center like I needed to and get to the gas just a little bit sooner," Larson said of his qualifying run. "But, overall, I'm happy with how we qualified and the grip I had in my car. In practice, I was really loose. So hopefully we'll have a good race tomorrow and try and get my first Bristol Cup win."

Bristol is one of Larson's favorite tracks, and he believes that the top groove will open up during the course of Saturday's race, whereas the NASCAR Gander Outdoors Trucks on Thursday night seemed dedicated to the lower lanes.

"We got up there enough in practice, and honestly, it felt so far the same (as in previous races)," Larson said. "But you never know how it's going to lay rubber down up there and things like that."