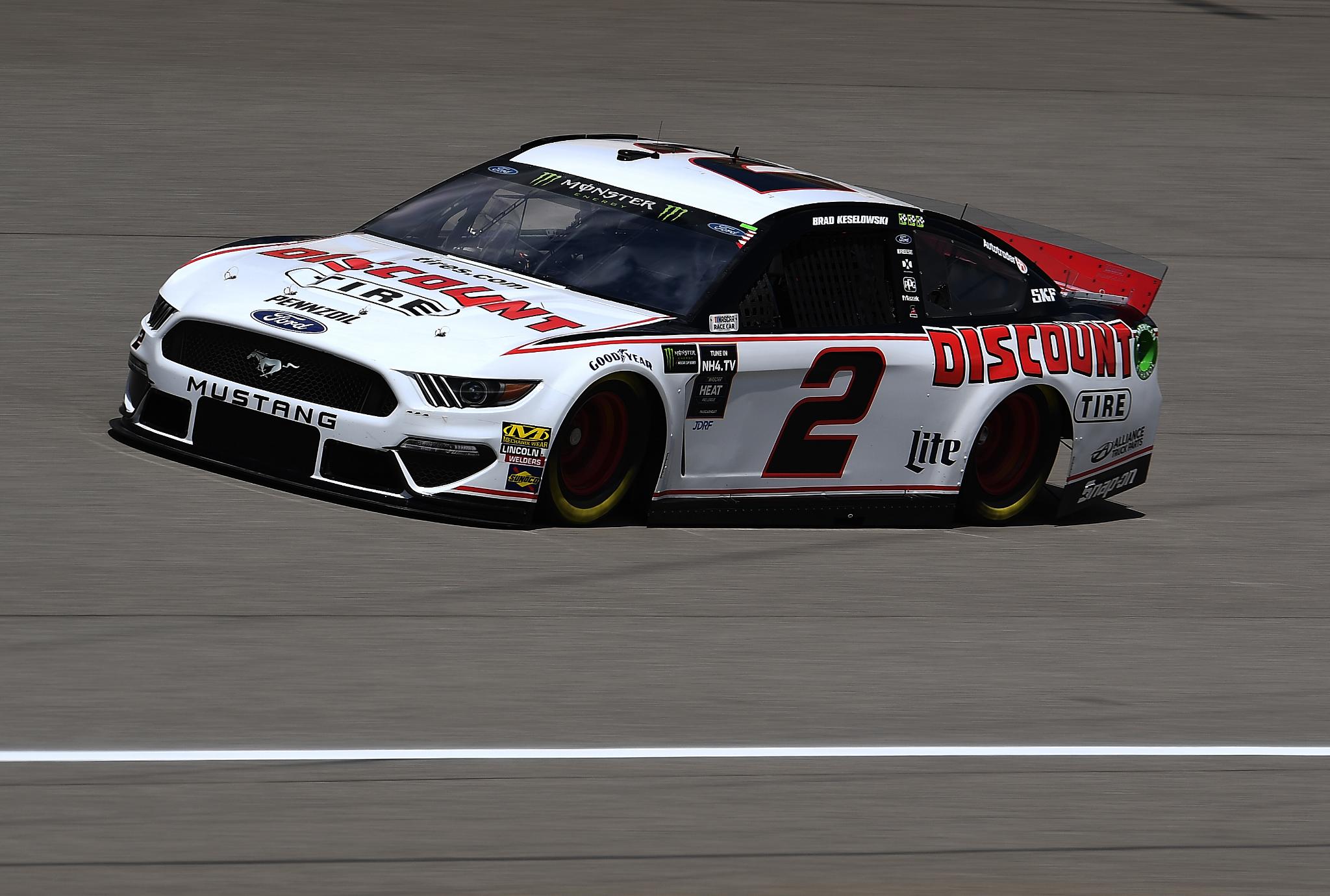 The last qualifier in Friday's Monster Energy NASCAR Cup Series time trials at Michigan International Speedway will be first to the green flag on Sunday afternoon.

The final driver to make an attempt, after shadows started to shroud the track, Brad Keselowski covered the 2.0-mile distance in his No. 2 Team Penske Ford in 37.801 seconds (190.471 mph) to knock Kevin Harvick off the provisional pole for Sunday's Consumers Energy 400.

Harvick had turned a lap in 37.877 seconds (190.089 mph) before Keselowski made it an all-Ford front row with his blistering circuit. The Busch Pole Award is Keselowski's second of the season, his second at Michigan and the 16th of his career.

Keselowski grew up in Rochester Hills, Mich., and the pole is the first step toward winning for the first time at his home track.

"The Discount Tire Ford Mustang has been incredible since we unloaded," Keselowski said. "We were really fast in practice, and then everybody started picking up a bunch toward the end of qualifying, and I got a little nervous.

"But (crew chief) Paul Wolfe and the team did a great job. We picked up just enough to get our second pole here. Hopefully, we can convert it into a win."

To do so, Keselowski will have to be fast in race trim as well. With Michigan being the last non-impound event for the higher-downforce, lower-horsepower competition package introduced this season, crew chiefs have considerably more latitude in preparing the cars specifically for qualifying and then making wholesale changes for the race.

"There's a lot you can do to optimize the car for today (in qualifying) that maybe won't carry over to Sunday," Keselowski said. "But still, it's good to be starting first, and I think we've got a lot of knobs to get her tuned in for the race."

Ryan Blaney, Joey Logano, Paul Menard and Jimmie Johnson completed the top 10 in time trials. Denny Hamlin was 14th in the fastest Toyota with a lap at 188.093 mph.

Harvick was pleased with his second-place qualifying effort.

"It was a good day for our Mobil 1 Ford Mustang," he said. "Track position is really important everywhere we go. Coming to Michigan, it is of the utmost importance, so this is a really good start to the weekend for us."

Bowyer is 15th in the standings, 12 points ahead of Johnson and Ryan Newman, who are currently tied for the last available spot in the Cup Series Playoffs. Newman qualified 20th, 10 positions behind Johnson.

Richard Childress Racing teammates Austin Dillon and Daniel Hemric posted the seventh and 11th fastest laps in qualifying, but their times were disallowed post-inspection because the cars were not running fully functioning alternators, as prescribed by NASCAR rules.

Dillon and Hemric will start from the rear of the field on provisionals.