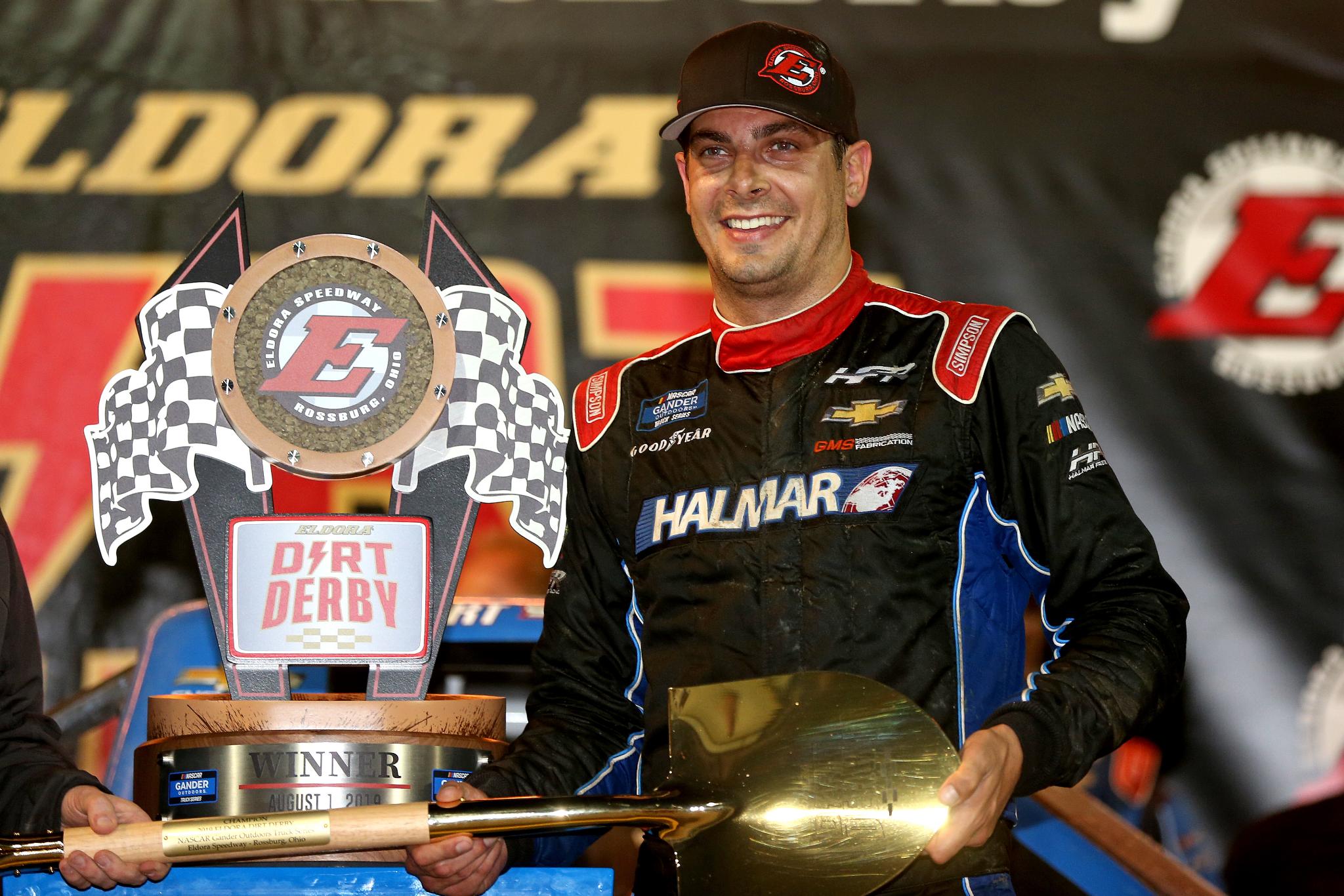 It was a typical Eldora night of close racing, hot tempers, and high drama on the Rossburg, Ohio half-miler. Friesen, the driver of the No. 52 Halmar Friesen Racing Chevrolet took the lead on Lap 95 of the 150-lap race and held off the field despite multiple caution periods and restarts – before prevailing in a two-lap shootout to the checkered flag.

[adinserter name="GOOGLE AD"]"Oh man, thank you to all the race fans that stuck with us," Friesen said in Victory Lane. "Today, this is the day. This is the week. Thanks to everybody. This is meant to be. We needed to get it done on the dirt. Thanks to everyone. What a special event."

Briscoe, last week’s NASCAR Xfinity Series winner at Iowa, won both the first and second stages and was caught up in multiple incidents on the night. However, he managed to keep his truck racing to take a hard-earned top-10 finish.

For many of the usual frontrunners, the unique Eldora challenge presented new obstacles. It was the dirt debut for several fulltime drivers, including three-race winner Ross Chastain, who ran impressively among the top five early in the race, spun out on his own after the Stage 2 restart but rallied to a 12th-place finish.

Sunoco Rookie Harrison Burton, who was making his Eldora debut, dealt with over-heating during the brief break following the opening stage. He was running eighth when he spun and brought out the fourth caution flag of the night and then was collected in another multi-truck accident. He eventually had to retire his No. 18 Kyle Busch Motorsports Toyota and suffer a 31st-place finish in the 32-truck field.

As for Friesen, who had been a symbol of "coming so close" to victory, this was finally his career highlight night. He has six runner-up finishes in the last three seasons – including two earlier this year. A last place finish last weekend at Pocono (Pa.) Raceway had really put him in championship peril – dropping him to last among the current eight eligible drivers. Instead, with Thursday’s win, he has an automatic berth to contend for the title.

The series moves to Michigan International Speedway for the regular season finale next Saturday.