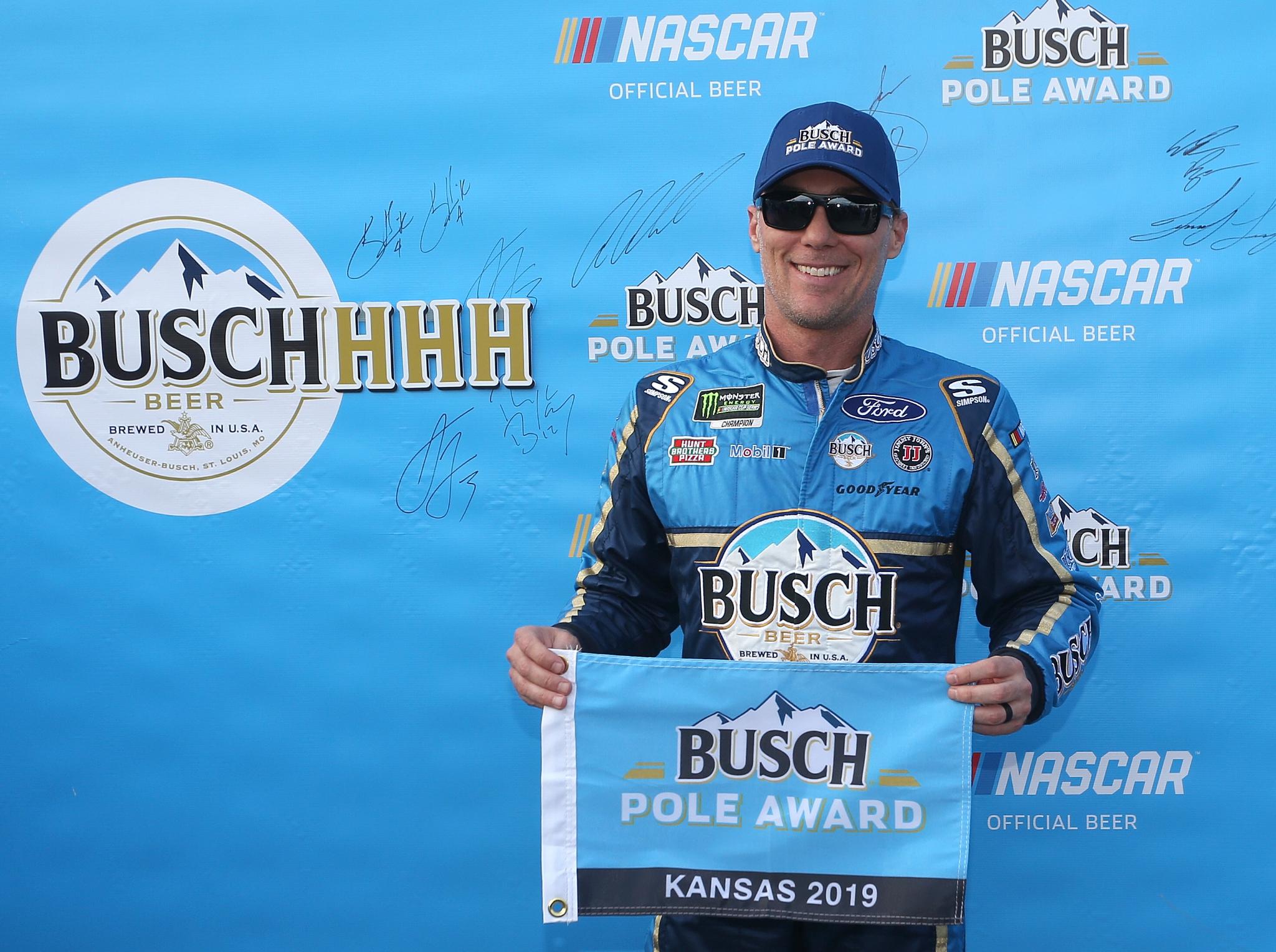 After Friday afternoon's Monster Energy NASCAR Cup Series qualifying session at Kansas Speedway, the question "What's wrong with the Stewart-Haas cars?" may be a dead issue.

[adinserter name="GOOGLE AD"]The Busch Pole Award was Harvick's third of the season, his fifth at Kansas and the 28th of his career. The driver of the No. 4 Ford picked up his third victory at the 1.5-mile track in this race last year, when he also started from the pole.

Harvick's performance in time trials backed up the speed he showed during Friday's final practice, when his fastest lap was fourth on the speed chart, and his consecutive averages for 10, 15 and 20 laps were fastest across the board.

"I thought we had a chance at the pole," said Harvick, who is looking for his first victory of 2019 after a banner eight-win season last year. "We didn't know exactly how fast it would run, and the guys did a great job. Really, this is a car that's been a couple months in the making.

"We knew we had some work to do on the mile-and-a-half race tracks with this particular package, and every department at Stewart-Haas Racing and the engine shop at Roush Yates—obviously, they've won a few races this year (with Team Penske). But they just continue to work, and the guys on this team have done a great job of detailing things out…

"I'm happy with how my car drove. It has a ton of speed, and hopefully we can capitalize on it."

Bowyer, from nearby Emporia, Kansas, held the top spot in qualifying until Almirola and Harvick surpassed him in quick succession.

"It's fun to be back at Kansas," said Bowyer, who best finish at the track (second) came in 2007. "It's fun to be in a fast car at home. That's the biggest thing. You come home and you just want to run good. I have been beat up pretty bad here.

"There are so many media members, fans, family, everybody tells me how I have to do better at home. Obviously, everybody at Stewart-Haas Racing has been working hard to get us in victory lane and I think their efforts are really starting to show."