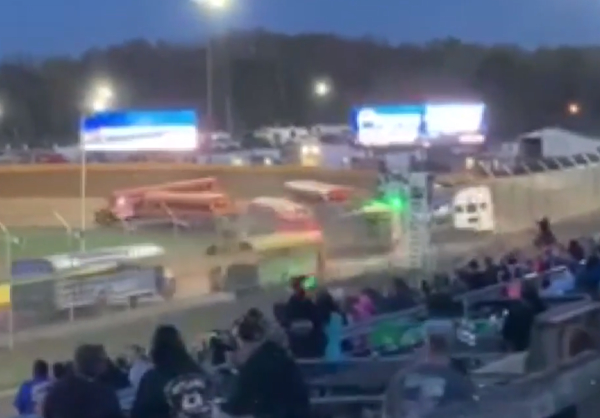 A man died Friday night after a school bus rolled onto him at the Cedar Lake Speedway in New Richmond, Wisconsin.

According to the St. Croix Sheriff’s Office, during the season opener, a safety crew member was clearing the track during the school bus races when a damaged bus rolled onto him. He died at the scene. The man was identified as 62-year-old Edward Nicholson.

"We said a quick prayer for the track worker, his family, his friends and the first responders that were there because that must have been a really horrible incident to witness and to be part of," said Kelly Gunderson, who was in attendance Friday night.

Gunderson said paramedics were on the scene of the crash within seconds.

"That they had to call in a medical helicopter is extremely serious, of course, but once it hadn't left after about 15 minutes, we all had kind of a sense of dread, that perhaps the person that was injured hadn't made it," she recalled.