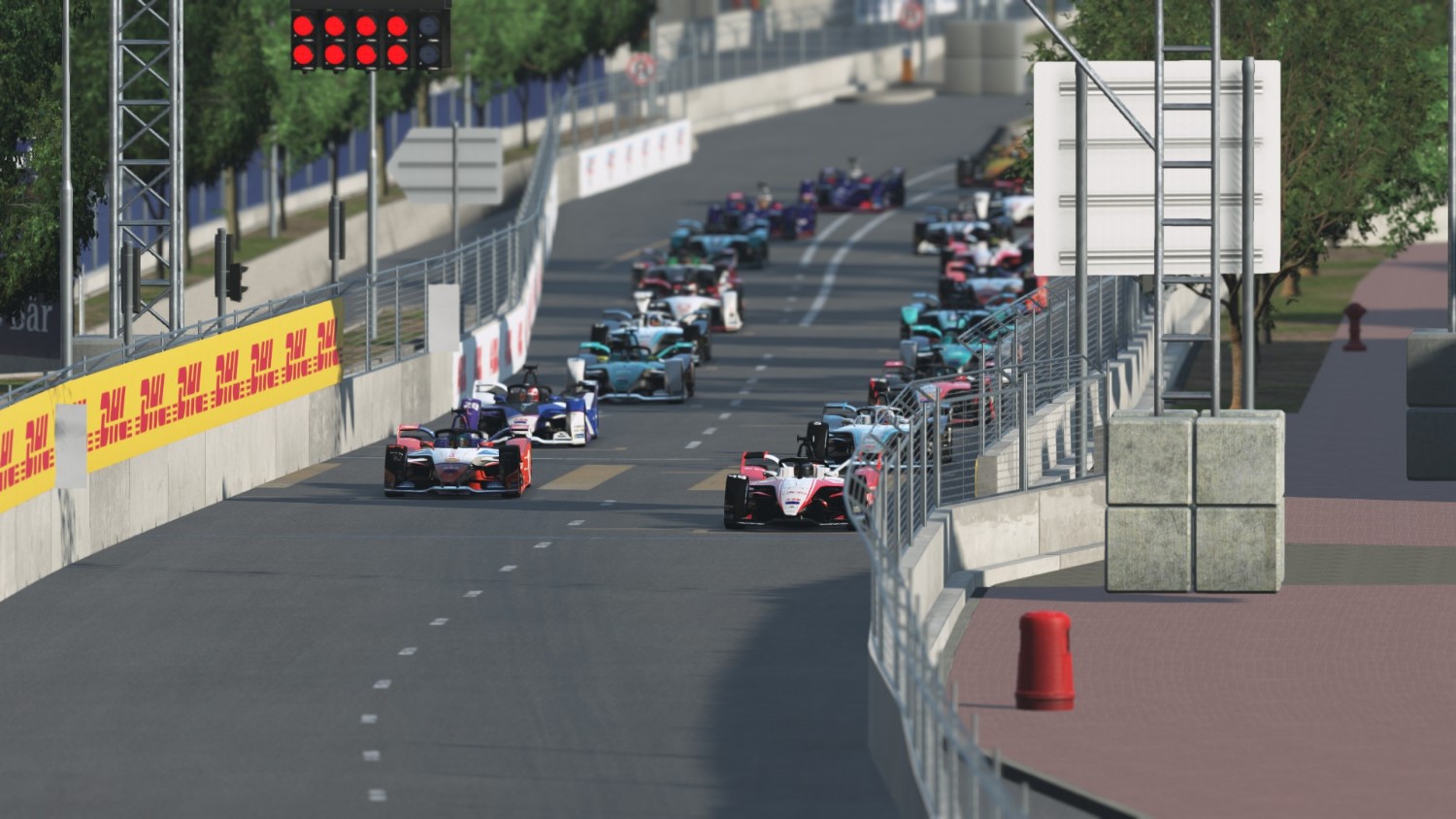 The halfway point of the eight weekend ABB Formula E Race At Home Challenge saw Mahindra Racing’s Pascal Wehrlein and Jerome D’Ambrosio head to the virtual Hong Kong E-Prix circuit for Round 4 of the sim series.

After qualifying in P2, Pascal Wehrlein was caught up in a first lap incident which saw him drop down to fourth place. Undeterred, Mahindra’s #94 driver moved up through the field, overtaking James Calado on lap four and then taking advantage of Edoardo Mortara’s mistake on the following lap to take the lead. He then opened up a commanding gap and cruised to a consecutive win, and to the top of the leaderboard.

Jerome qualified in 8th position and ran in a points-scoring position for a good portion of the race but was eliminated at the end of lap 10 due to the ‘Race Royale’ format, finishing 17th.

Earlier, Mahindra Racing’s Challenge Grid driver, Lucas Muller took a sensational victory in the closing stages of the race, moving him up to P2 in the Series; “I’m a bit speechless to be honest. I really wasn’t expecting to be fighting for a win but I think Joshua made a mistake in the chicane and then after that I was closing in and started to think that this could actually happen!"

PASCAL WEHRLEIN, #94: “Today was a bit special with the qualifying and the wet conditions, so it was unexpected for everyone. The race was chaotic at the beginning and my car ended up being slightly damaged – the steering was to the left – but I was able to be fast in these conditions and brought it home."

DILBAGH GILL, CEO AND TEAM PRINCIPAL: “It’s been another fantastic day for Mahindra Racing! It was a chaotic start to the race, but Pascal’s pace was lightning and he took a commanding win – his second of the series which puts him top of the leaderboard with four more races to go. And with our sim racer Lucas Muller securing victory in the earlier Challenge Grid and moving up to second in the series, we couldn't have asked for more!