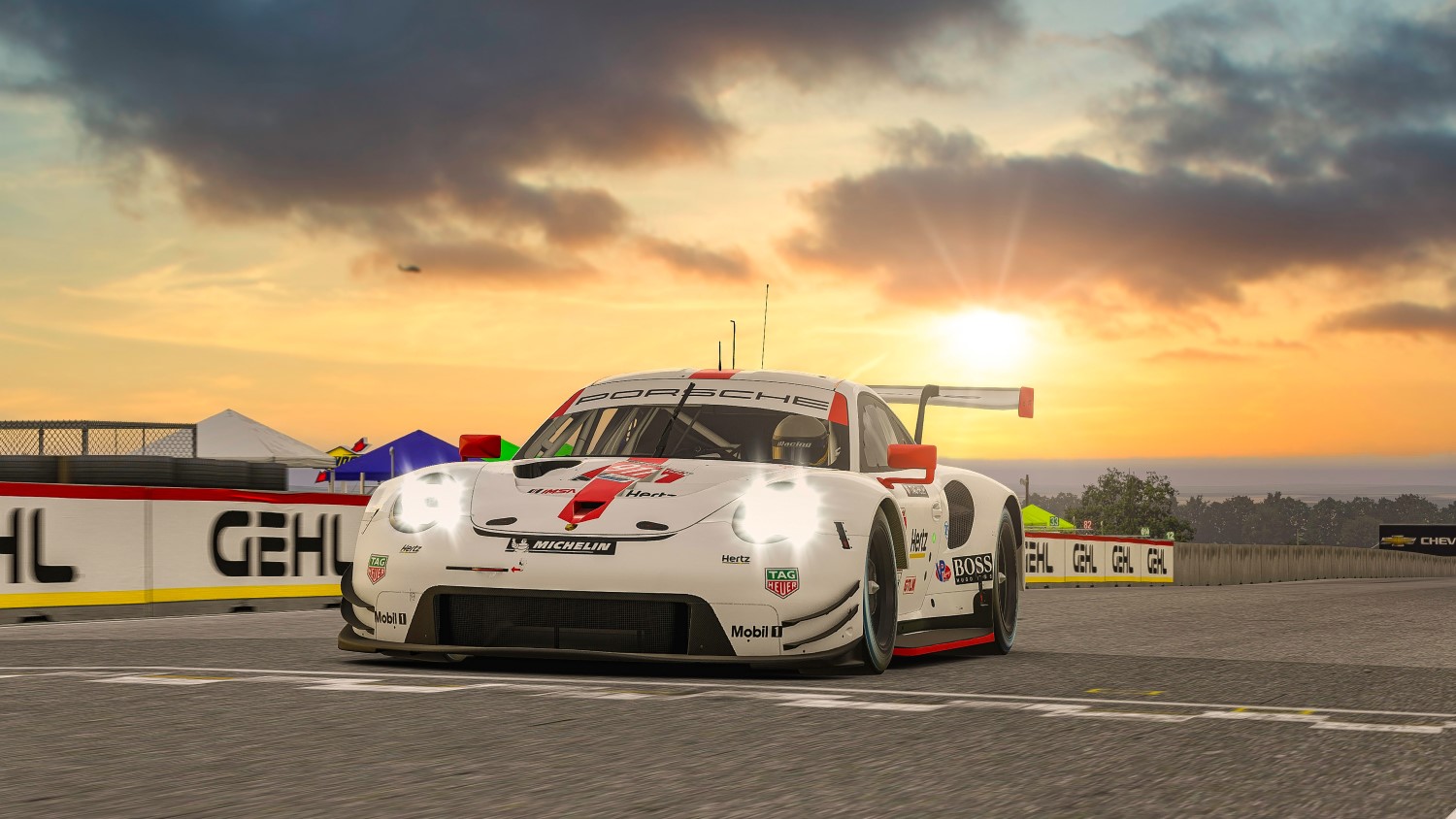 The experienced British racing driver put in an inspired performance at the wheel of his virtual No. 911 Porsche 911 RSR to cross the finish line at Road America with a lead of 2.845 seconds. During the 90-minute race on the iRacing online racing simulation platform, Tandy kept out of trouble in the tight and at times turbulent race to notch up the maiden victory for Porsche in the digital IMSA racing series. In the lead-up to the race, Tandy had garnered valuable tips from Joshua Rogers (Australia), the reigning champion of the Porsche TAG Heuer Esports Supercup.

Porsche Junior Ayhancan GÃ¼ven, however, was struck by major misfortune. After putting in a strong drive, the young junior driver from Turkey was running second behind his Porsche colleague Tandy. With around 19 minutes on the clock, his No. 913 Porsche 911 RSR sustained significant damages after making contact with a backmarker. Guven, who underlined his great skill as a sim racer by turning the fastest race lap by a convincing margin, was unable to continue.

One of the most impressive performances came from the American Shinya Michimi. The seasoned online driver from Ohio concluded the race in the Porsche 911 RSR entered by Meyer Shank Racing in fourth place.

The reigning IMSA champions Laurens Vanthoor (Belgium) and Earl Bamber (New Zealand) crossed the finish line in positions 21 and 24. Canada’s Robert Wickens celebrated a strong debut at the wheel of the virtual Porsche 911 RSR fielded by Pfaff Motorsports. The former DTM driver, who is fighting his way back into racing after a serious IndyCar accident, finished on 27th place.

Nick Tandy (Porsche 911 RSR #911): “That was great fun! If you’re competitive and win, that always puts you in a good mood, of course. I’ll go to bed tonight feeling very happy. I got a bit nervous during the last laps because I had a few glitches with my computer. The screen kept going blank, but it all turned out ok in the end. A huge thank you to Joshua Rogers. Our reigning champion of the Porsche TAG Heuer Esports Supercup gave me a lot of very helpful tips over the past few days. It paid off."