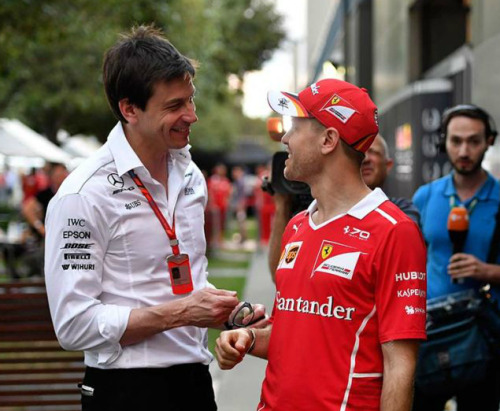 (GMM) Ferrari boss Mattia Binotto says he isn't sure what Sebastian Vettel will do beyond 2020.

The parties are splitting up after the current unusual 'season', with quadruple world champion Vettel now linked either with retirement or a move to Mercedes or Renault.

"I believe that the decision, with transparency and clarity, shows maturity," Binotto, who is replacing Vettel with Carlos Sainz, told Sky Sport Italia.

"I think it was right for him and for us to do it. What Seb will do in the future, only he knows. But he is a great driver and he will know how to choose the best for him."

He played down reports that Ferrari and 32-year-old Vettel have fallen out badly.

"He ran for six years with us and has Ferrari in his heart now," said Binotto. "After talking with Seb it was clear that we have different short and long-term goals. Sebastian is closing a cycle.

"Relations with him are good, even if when it comes to a separation that is not at all obvious. But the relationship has remained good and the reasoning behind this change has been understood," he added.

"I expect that he will do very well this year, because he is a great professional and he cares a lot. We will have to give him the ideal car to be able to do his best."

Binotto also appeared to play down the prospect of retirement for the German.

"I think he has a lot of passion for this sport," said the Italian. "He will want to race, although he will have to make a series of reflections."