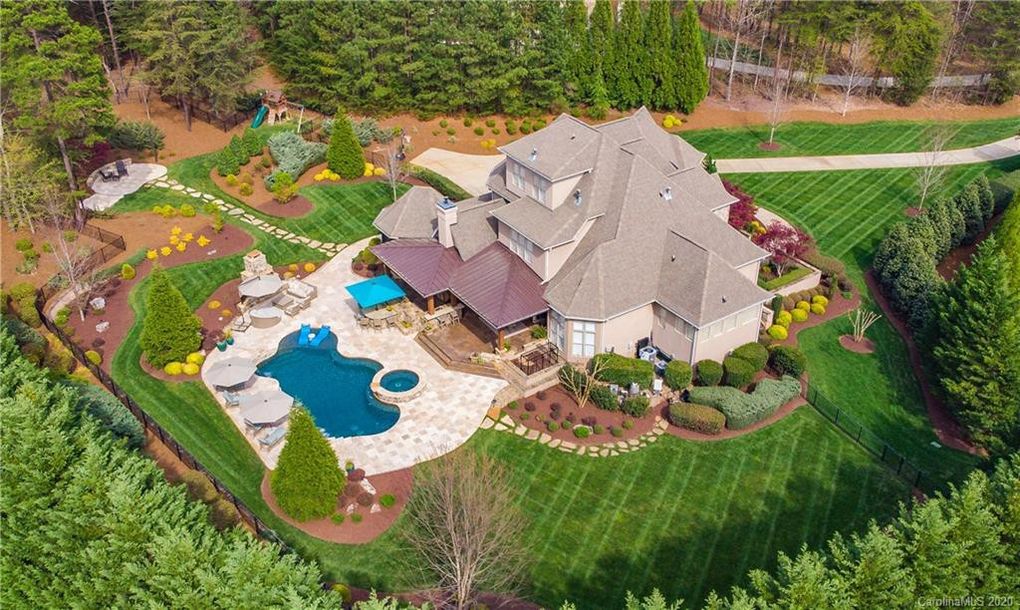 Kyle Larson, a racing driver who has been suspended by NASCAR and fired by his team for using a racial slur, is selling two homes in North Carolina.

Larson, 27, was dismissed from Chip Ganassi Racing in April, after using a racial slur during an online iRacing event.

NASCAR suspended him indefinitely, and many of his sponsors immediately terminated their relationships with Larson. Before his suspension, Larson had raced in over 200 NASCAR events and won six races.

His smaller Mooresville, NC, abode was just listed on May 1, with a price of $1.25 million (See Photos). The home currently appears with an off-market status. Either Larson has changed his mind or a deal for the property is imminent.

Built in 2006, the 5,149-square-foot home features four bedrooms and 5.5 bathrooms. It's situated on nearly 3 acres and is just down the street from the Trump National Golf Club Charlotte.

The open and spacious floor plan includes a folding glass wall that opens to the covered patio. A chef's kitchen is outfitted with custom cabinetry, high-end appliances, and a vast island, ideal for hanging out.

The formal dining room includes a 200-bottle, custom-refrigerated wine wall. The large owner's suite is on the home's main level.

Other awesome amenities include a media room with a projector and screen, an office/craft room, and a three-car garage with an epoxy floor.

Out back, there's a heated saltwater pool and hot tub, a covered patio with an outdoor kitchen, equipped with a grill and appliances, bar-top seating, and a stone fireplace. There's also a separate screened-in patio, if you want to avoid pests or bugs.

Larson’s much larger home has yet to be completed and is located on Lake Norman, just 3 miles away from his first home.

In November 2018, the driver purchased the land for $1.4 million. Some of the home's basic construction is complete, but a buyer will need to bring a contractor, as well as $5 million for the privilege of finishing the job.

When finished, the custom home is planned to have five bedrooms, seven bathrooms, and over 7,800 square feet of living space.

The home site is the main draw for a buyer right now—it sits on 300 feet of lakefront shoreline in one of Lake Norman’s most affluent communities. Located in a private cul-de-sac, the estate will offer enviable lake views upon completion.