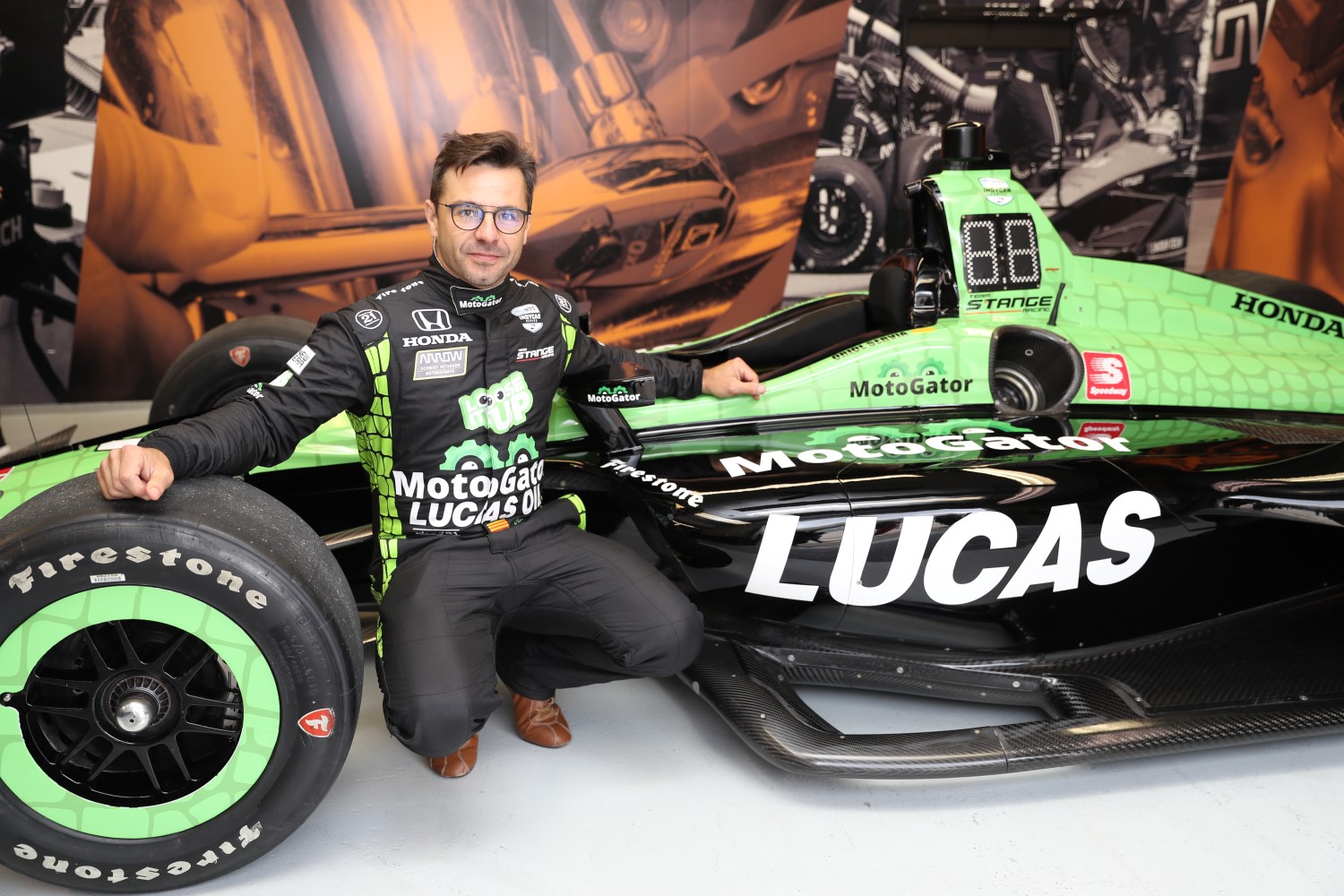 UPDATE We already had this rumor as 'fact' for Oriol Servia. Today it was confirmed.

Chicago-based Team Stange Racing, LLC (TSR) announces today a partnership with Arrow Schmidt Peterson Motorsports to field the No. 77 MotoGator Team Stange Racing with Arrow SPM Honda in the 103rd Running of the Indianapolis 500 with primary partner MotoGator and co-primary partner Lucas Oil. The entry will be driven by Indy 500 veteran Oriol Servia.

“I am so pleased to announce this great partnership with Arrow SPM today as Team Stange Racing makes its entry into IndyCar racing," stated John Stange, Jr., Co-Owner, Team Stange Racing, LLC. “We are so blessed to partner with a company like MotoGator who is committed to building a winning IndyCar program with TSR.

"Once we developed our plan, we knew that we wanted to launch at the world's greatest race with so much history and it being so special to me personally. The second thing to do was to partner with a quality team that we could align and grow with as we build our team to compete in the NTT IndyCar Series eventually full time in 2021/22".

Arrow Schmidt Peterson Motorsports President Jon Flack echoes Stange’s excitement saying, “We couldn’t be more excited about adding a pilot of Oriol’s caliber to our driver lineup for the Indy 500, and it is equally satisfying to partner with TSR and welcome MotoGator to the program. This is a really big step for Team Stange Racing and MotoGator, and Arrow SPM will give it everything it has to make them proud and leave a lasting impression on the motorsport community."

“I work and prepare all year for this race, so it’s kind of ironic that we are actually announcing a program this late," Servia commented. “I am proud to represent Lucas Oil again, and couldn’t be more excited to introduce the world to MotoGator and Team Stange, which you will hear a lot more very soon. At last year’s 500, I did perhaps the best driving I’ve ever done and came really close. I’m here to finish that job, and I know for a fact that everyone on this program has worked really hard preparing this event with the same aim. It may look like we are arriving almost late to the game, but we are arriving READY!"

04/23/19 It looks like just 3 additional drivers to those previously announced as we predicted., bringing the total to 36

Juncos told Racer that IMSA is their priority. They will run only a couple of IndyCar races this year but the entire IMSA schedule.

Why? The team makes more money running in IMSA.