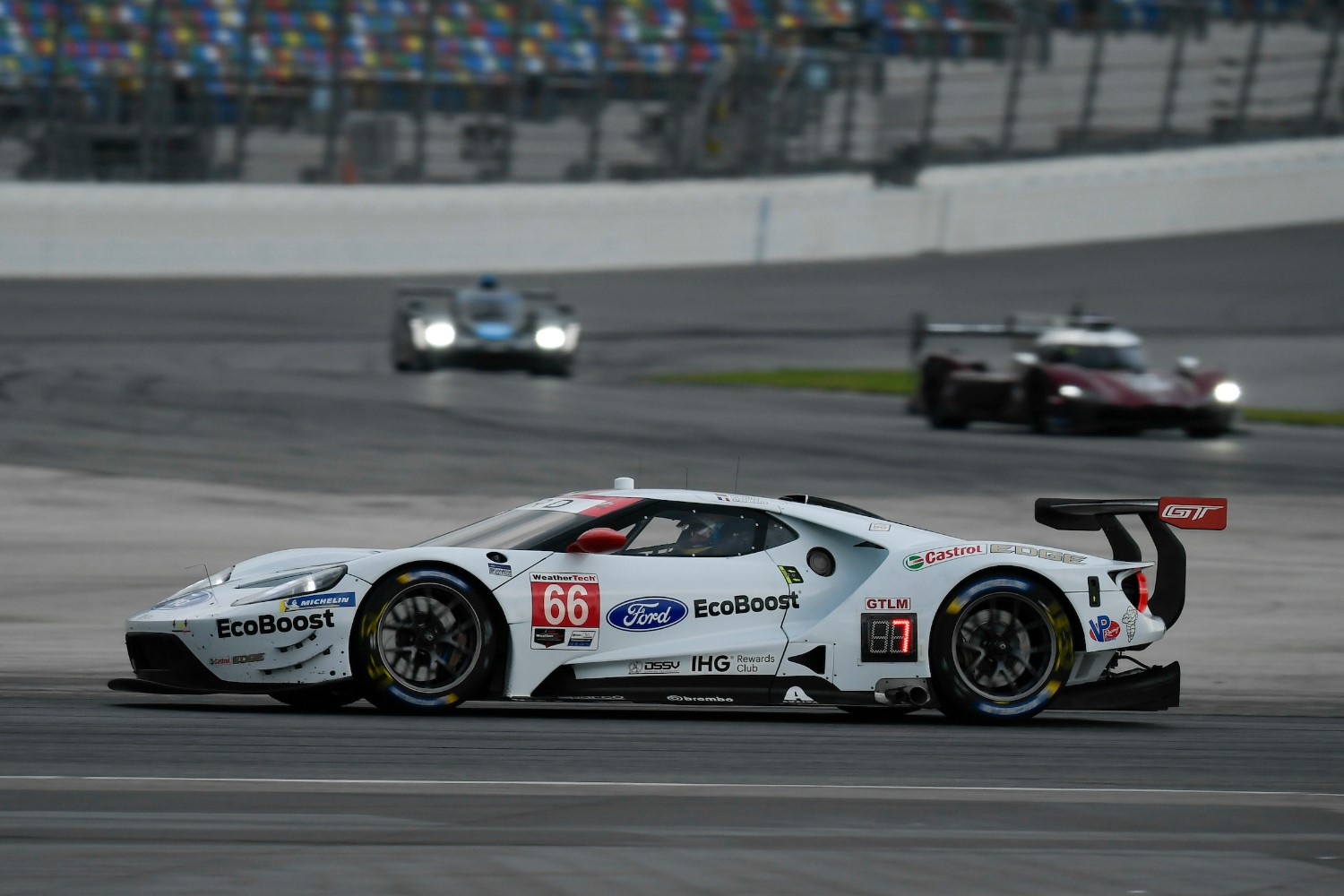 Ford Performance motorsports director Mark Rushbrook has indicted they wouldn’t necessarily need to enter DPi next year in order to be on the grid for IMSA’s so-called ‘DPi 2.0’ formula that’s slated to debut in 2022.

The American manufacturer, which has confirmed the Ford GT’s full factory involvement will end this year, has yet to detail any potential future sports car racing programs beyond global customer support for the Ford GT and Mustang GT4.

Ford, however, is known to be in evaluations for a potential DPi effort that could debut as early as next year, ahead of IMSA’s regulations overhaul that is set to feature hybrid powertrains beginning in 2022.

While acknowledging dialog with IMSA, Rushbrook has come short of confirming any particular direction for the ‘Blue Oval’ in terms its potential prototype future.

“We always continue to study our cycle plan and the best places for us to race," Rushbrook told Sportscar365.

“IMSA have been great partners, have been for years, especially though the GT program. We definitely appreciate their approach to the sport as partners to include stakeholders and manufacturers [in dialog].

“I would say specifically on IMSA DPi, as it exists today, they’ve done that with their current DPi partners.

“For the future with DPi 2.0, with hybrid, as they’re looking at that, they’re certainly involving new and potential partners in a good two-way dialog."

Sportscar365 understands that a Multimatic-based Ford DPi has been in development, in at least some stage, in recent months, although a green light on the program could be contingent on IMSA’s commitment to hybrid technology for its next-gen regs, among other conditions.

When asked if a short-term entry into DPi, potentially as a customer program, would be necessary for a full-works return in DPi 2.0, Rushbrook said it could go “either way".

“Nothing in this sport is easy, it’s just a matter of how you go about it," he said. “As you saw with our GT program, we used the DP program before that to prepare for the GT program and that helped us in many ways.

“We have a lot of great partners and great people that I think we could honestly do it either way. But that’s part of the decision that needs to be made."

Rushbrook confirmed that Ford has completed a feasibility study on whether an upgraded-spec of its current Ford GT could compete in the FIA and ACO’s proposed ‘Hypercar’ class at the 24 Hours of Le Mans and in the FIA World Endurance Championship.

It comes in the wake of increased talk from fellow GTE manufacturers on the possibility of more powerful versions of their current cars running in the yet-to-be-named top class, in so-called ‘GTE Plus’ or ‘Super GTE’ form.

“We’ve got technical resources that we always deploy or utilize to understand what it would take," Rushbrook said.

“Certainly as those rules have shifted a bit here recently, it would certainly give us the opportunity and the car would be capable of competing. But it’s study and no decision has been made for it."

“We’re anxiously watching to see where things ultimately end up," he said. “Sports car racing is great as a sport and we certainly hope it ends up as global as it possibly can be." John Dagys/Sportscar365