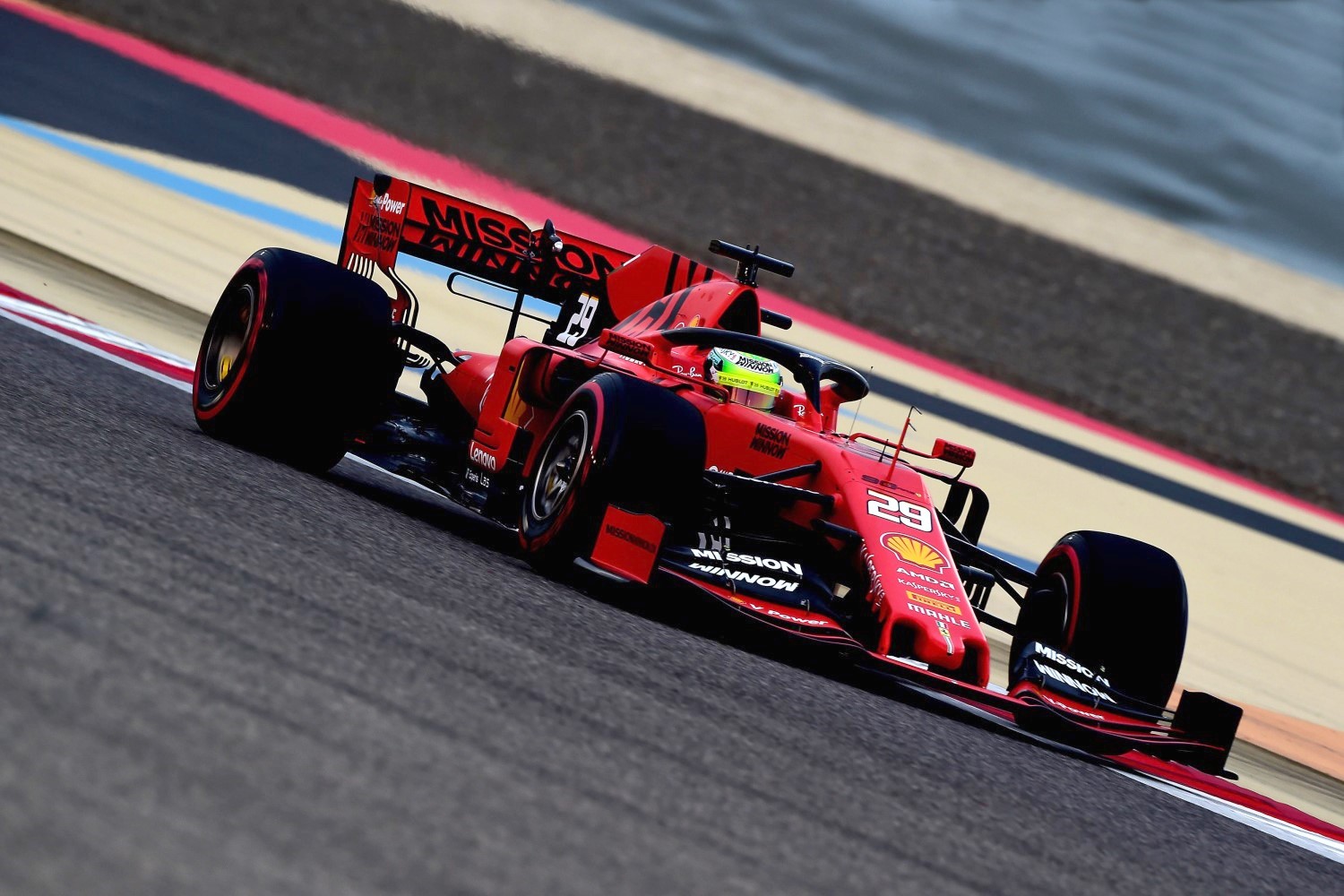 (GMM) Mick Schumacher may have let the cat out of the bag about the power of Ferrari's 2019 engine.

After a stuttering start in Australia, Red Bull's Dr Helmut Marko observed in Bahrain that the new Ferrari power unit for this year "goes like hell".

Schumacher, the son of F1 legend Michael Schumacher, got his first taste of modern F1 machinery this week with a test in Bahrain.

Auto Bild quotes him as saying: "The car accelerates out of the corners so well. But you still need to have respect.

"If you don't, with over 1000 horse power it would be dangerous," Schumacher said.

For a few years now in the 'power unit' era, there has been speculation the hybrid engines are producing four-figure horse power figures.