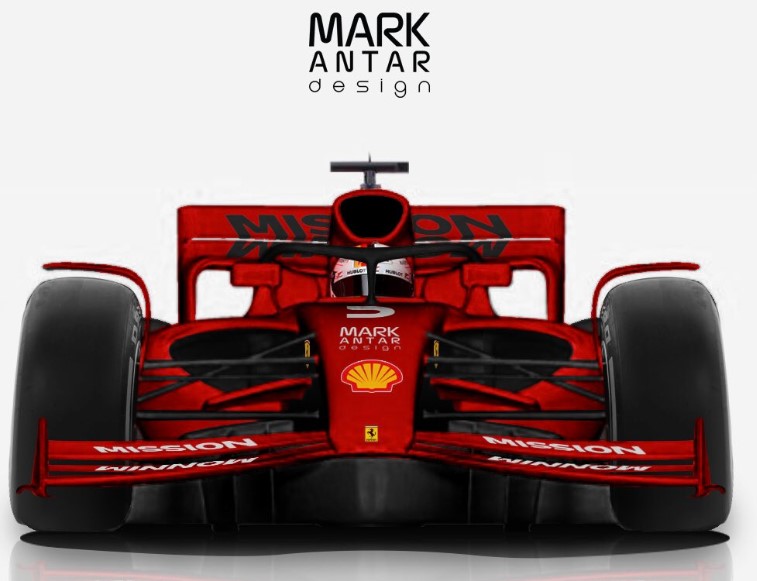 Photos have been leaked of what the 2021 Formula 1 cars could look like by Mark Antar Design. The new look is quite different from what the cars look like currently and resemble the current IndyCar in many respects.

Formula 1 is looking to implement a number of changes by 2021 in a bid to make racing more exciting and as we know, IndyCar racing takes far more talent because the cars are harder to drive. IndyCar Racing is also superior in the number of passes you see in the races. F1 cars may be a lot faster but in F1 the car is 99% of the equation, which pretty much means the engineers, and not the driver, are everything.

One of these major changes is allowing the cars to follow each other better. This would make for closer racing as there would not be as much of a disadvantage in the midfield. So it appears F1 has learned from IndyCar that racing is supposed to be a sport about athletic ability, not an engineering exercise, and are going to remove all those aero crutches and make the cars much cleaner aerodynamically.

Formula 1 and the governing FIA presented teams with a detailed post-2021 vision for the sport at a meeting in London on Tuesday.

The global package presented put flesh on the bones of a presentation to teams and other stakeholders in Bahrain a year ago, and also provided reassurance that Liberty have not been standing still in the meantime.

It includes thorny subjects such as a cost cap and redistribution of revenues as well as changes to the sporting and technical regulations, power unit rules and sporting governance.

A Formula One source said there was no vote on the 2021 regulations and none had been planned. Teams are racing in Bahrain this weekend, the second round of the 21 race championship.

FIA President Jean Todt told reporters earlier this month that engine regulations had already been sent to the teams while the cost control initiative was “quite well advanced".

The Strategy Group includes six teams as voting members — Mercedes, Ferrari, Red Bull, McLaren, Williams and Renault — but the remaining four were able to attend on Tuesday as observers.

The FIA’s Formula One commission includes all the teams as well as race promoter and sponsor representatives.