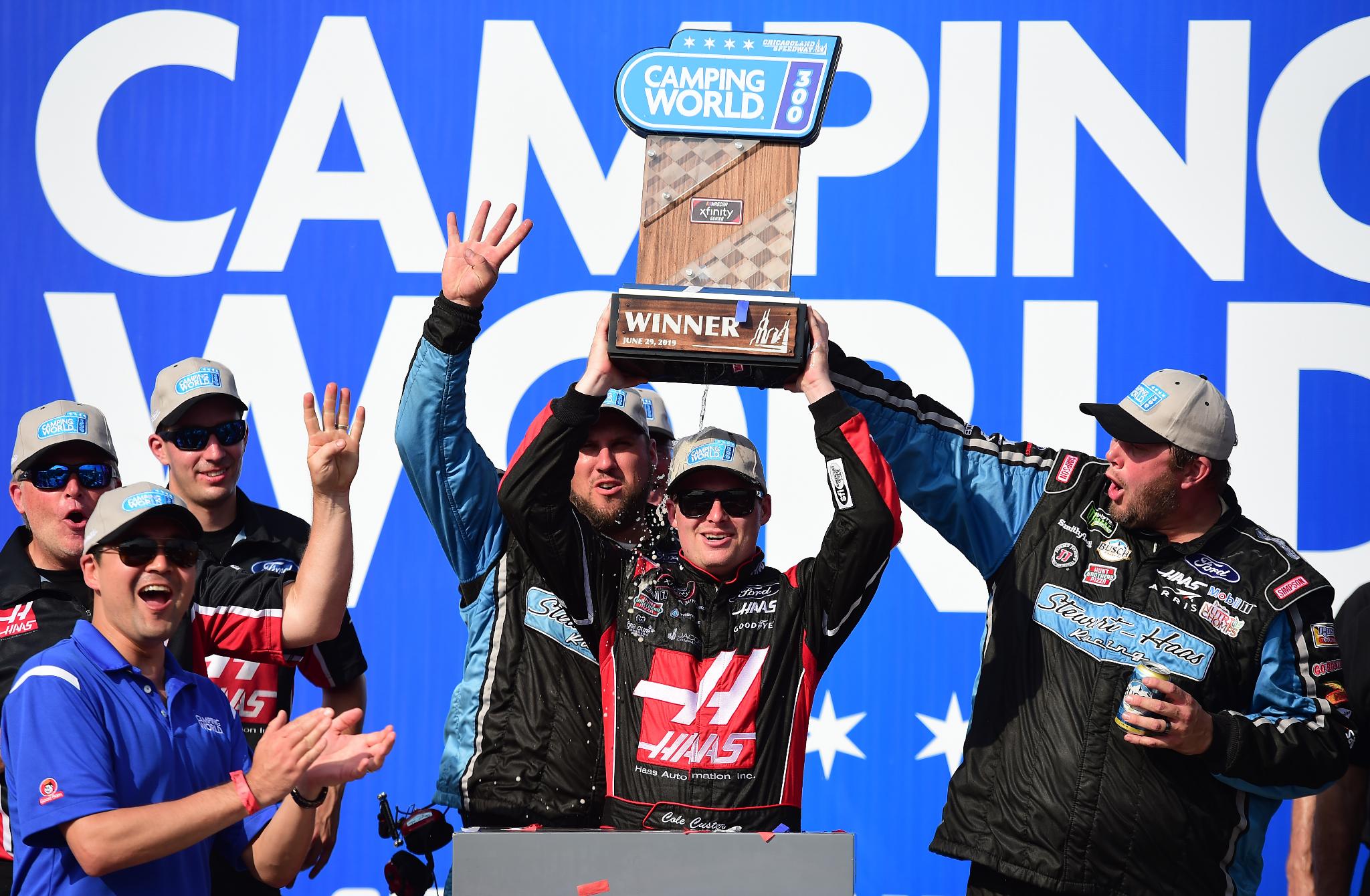 For the vast majority of Saturday’s Camping World 300 at Chicagoland Speedway it looked like another non-too-subtle reminder of how good the NASCAR Xfinity Series triumphant trio has been – championship leaders Cole Custer, Christopher Bell and Tyler Reddick showed the way.

Ultimately it was Custer’s time to celebrate this weekend, leading a dominant 151 of the race’s 200 laps to take his fourth Xfinity win of the season in the No. 00 Stewart-Haas Racing Ford and the sixth victory of his career.

“I think we’re going to hit it this summer, we have some awesome cars,’’ Custer excitedly told the front grandstands. “I don’t know how to get the car any better, I’m just lucky to drive it.’’

Custer, Bell and Reddick have now combined to win 11 of the season’s 15 races, including the last nine consecutively. Custer and Bell have a series best four wins apiece.

At times – especially following a restart – the affectionately well-worn Chicagoland Speedway surface helped sustain four and five-wide racing in a free-for-all that set the tone of the race behind Custer.

The SHR driver never seemed to have a problem retaking the lead – he passed polesitter Logano only three laps into the race, en route to the Stage 1 victory. Logano, who started from the pole position, retook the lead late in Stage 2 and held on to claim that stage victory.

But Custer’s No. 00 Ford was just too much for the field, losing the lead only briefly at times but then forcefully and easily retaking it at every opportunity. He passed Michael Annett on a restart with 22 laps to go and never looked back. It’s Custer’s second win in the last four weeks (also including Pocono) and he was runner-up to Bell in the last race at Iowa.

The effort in the oppressive 90-degree heat was impressive even to Custer’s competitors.

When asked where he was getting beat by Custer on track, Logano grinned and deadpanned, “At Chicagoland.’’

“They did a good job. They had the fastest car in practice and Cole did an amazing job.’’

Bell, who failed to lead a lap for the first time this season, kept the championship competition honest and seemed to consider the race a good learning experience for the championship finale on the 1.5-mile Homestead-Miami Speedway finale – a venue similar to Chicago.

“Our car was really good, really balanced,’’ Bell said. “Felt really good in practice, just lacking a little bit on that double zero car (Custer). They were the class of the field at Homestead (a similar track to Chicagoland) and were here today too.’’