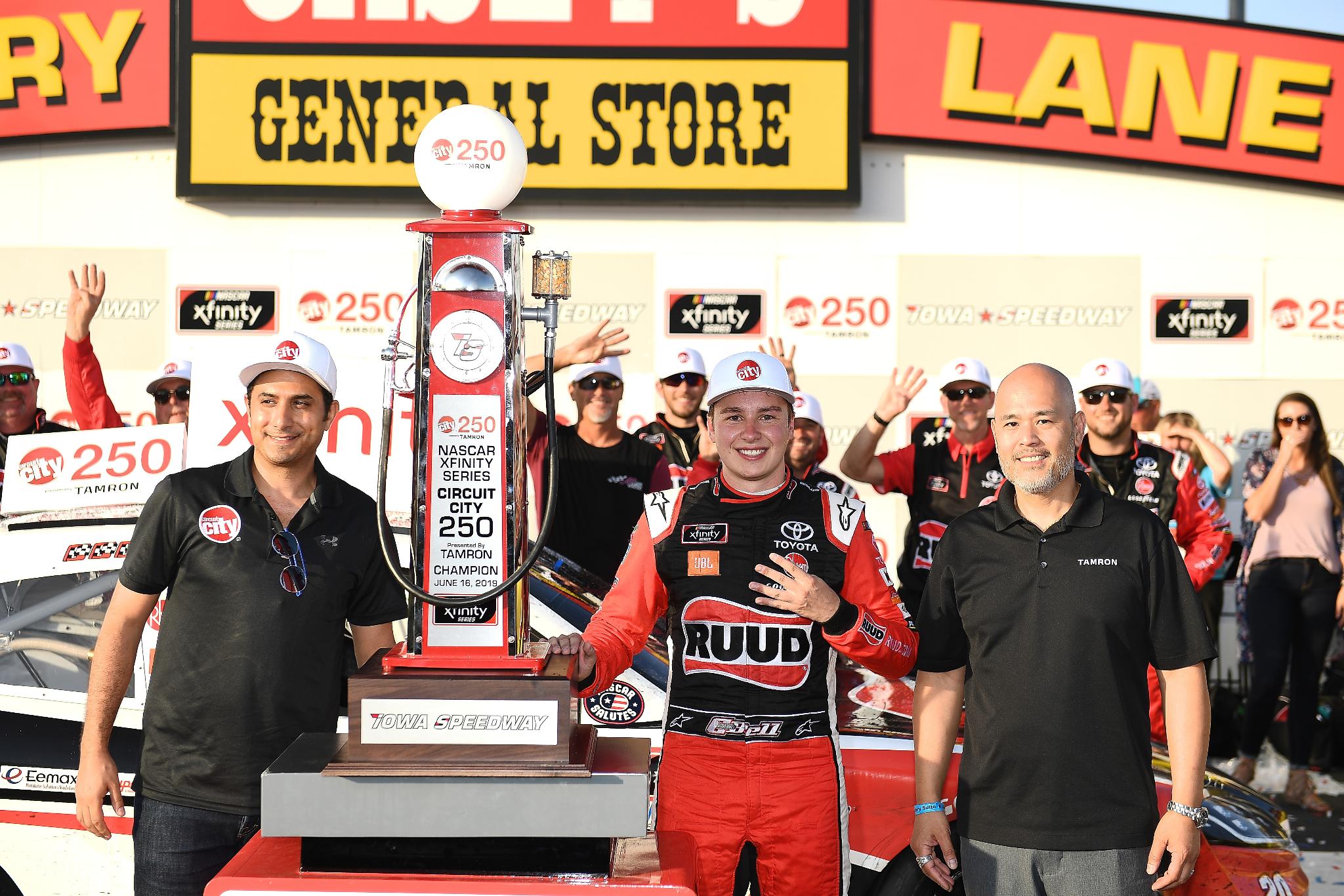 The driver of the No. 20 Joe Gibbs Racing/Ruud Toyota pulled away from Cole Custer on the final restart with 10 laps to go and powered to his series-leading fourth victory of the season on Father's Day.

"Man, I got to win at Dover on Mother's Day weekend, or, I guess it was the week before with me mom there," said Bell, who has won five of the past eight short track races in the series. "Now I just won on Father's Day with my dad here with my dad here, so it was pretty special.

Custer settled for second and adopted a no-hard-feelings approach to the slight contact from Bell that preceded losing his brief late lead.

[adinserter name="GOOGLE AD"]"I think it was racing," said Custer, who led the first 54 laps before Bell seized near-total control. "I think every driver will agree that this place puts on the best racing that we go to, so it was fun. Christopher and them had the best car all day. I feel like we caught up to them a good amount. We just need a little more time to work on it."

Justin Allgaier — who edged Bell in this race a year ago — took third. Harrison Burton and Zane Smith rounded out the top five.

Tyler Reddick, who finished 15th after battling early car trouble, saw his points lead over Bell shaved from 89 to 51.

Bell's won two straight races at Iowa and has powered to Victory Lane in five of the past eight short track events.

"This Ruud Supra was outstanding," Bell said. "Hopefully we can continue to bring these type of race cars to the race track."

Bell won all three stages. He led 160 consecutive laps at one point, but Custer narrowly edged him in the race off pit road with 28 laps to go. That gave Custer the favored line up high, but Bell eventually found enough grip on the bottom to regain the lead six laps later.

The race's final caution flag flew after Chad Finchum's No. 42 car dinged the wall in Turn 2.

Custer gamely tried to mount a challenge on the low side, but Bell's car again proved to be too fast and nimble to be overtaken.

Custer posted his eighth top-five finish of the season. Both he and Reddick — who along with Bell make up the series' so-called "Big Three" in 2019 — own three wins each this season.

Bell's second straight series victory at Iowa ended a streak in which there had been nine different winners in a row at the 7/8-mile track.

And other than Custer, no one stood a chance at preventing Bell's repeat triumph in the heartland.

"I think our potential is really high," Bell said. "Our big track stuff, I feel like we still need to gain on a little bit and obviously we're working hard to do that. This was a much-needed win."

But what's the next step?

Bell was asked about whether he deserves a Monster Energy NASCAR Cup Series ride, but he wouldn't bite.

"My dream was to make a living driving a race car," Bell said. "And I've been able to do that for numerous years now. So if I'm truck racing, sprint car racing, midget racing, I'm already fulfilling my dream. So whether I'm running Xfinity or Cup, I'm living my dream right now, so I'll be happy."