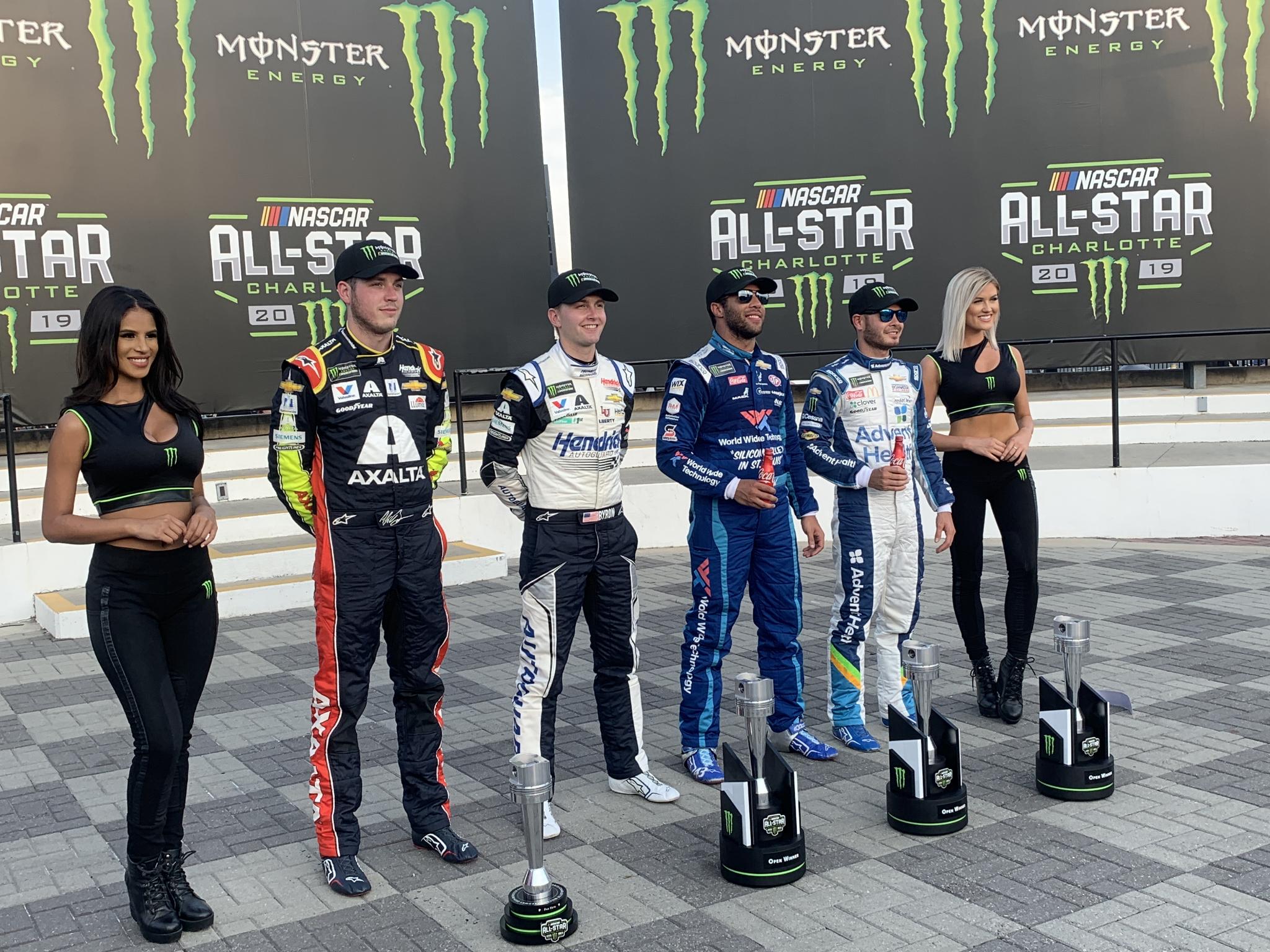 "I'm really excited," Byron said. "It feels awesome. I've been coming to this race since I was about five or six years old. It's really exciting to be a part of it. It was huge, we needed this. We've had some really good qualifying efforts this year; we just needed to finish it off with something positive and this was definitely positive for us. I'm excited for it."

Despite losing Stage 1 by a nose, Wallace didn't waste time in joining Byron in the All-Star Race.

The Richard Petty Motorsports driver who, like Byron, grew up racing Legend Cars at the speedway, enjoyed a special trip to the winner's circle after he edged Daniel Suarez – who spun coming to the line to finish Stage 2.

"I gave up the first stage win and I didn't say anything on the radio," Wallace said. "My parents always said and everybody who's always helped me said I drive better when I'm pissed off. … My mental game is shot right now, but it feels good to win something. We'll see what we can get tonight."

A last-gasp, 10-lap Stage 3 saw Kyle Larson emerge victorious after he passed Ty Dillon and sped away from Matt DiBenedetto and Alex Bowman to collect the 18th spot in the All-Star Race field.

"It was stressful," Larson said. "I thought I was in a good spot at the end of that first segment, but Bubba did a really good job of side-drafting me and then William did a good job of getting the win. I felt like I did a good job of going through the gears in the final 10 laps. … I knew I probably had the best car in that race. We didn't do as good a job as we needed as a team in the early parts of the race."

By winning the fan vote, Bowman earned the final position in the field and made it four Hendrick cars in the show for the 35th running of the biggest all-star event in sports.

"It was just a really bad restart on me," Bowman said of a frustrating finish to Stage 2 that prevented him from advancing earlier. "We'll keep digging. Obviously, our race car is really fast, and we'll have a good shot at it in the All-Star. You want to race your way in, and we did that last year and had a car very capable of doing that this year. Restarts didn't go our way, and it is what it is."