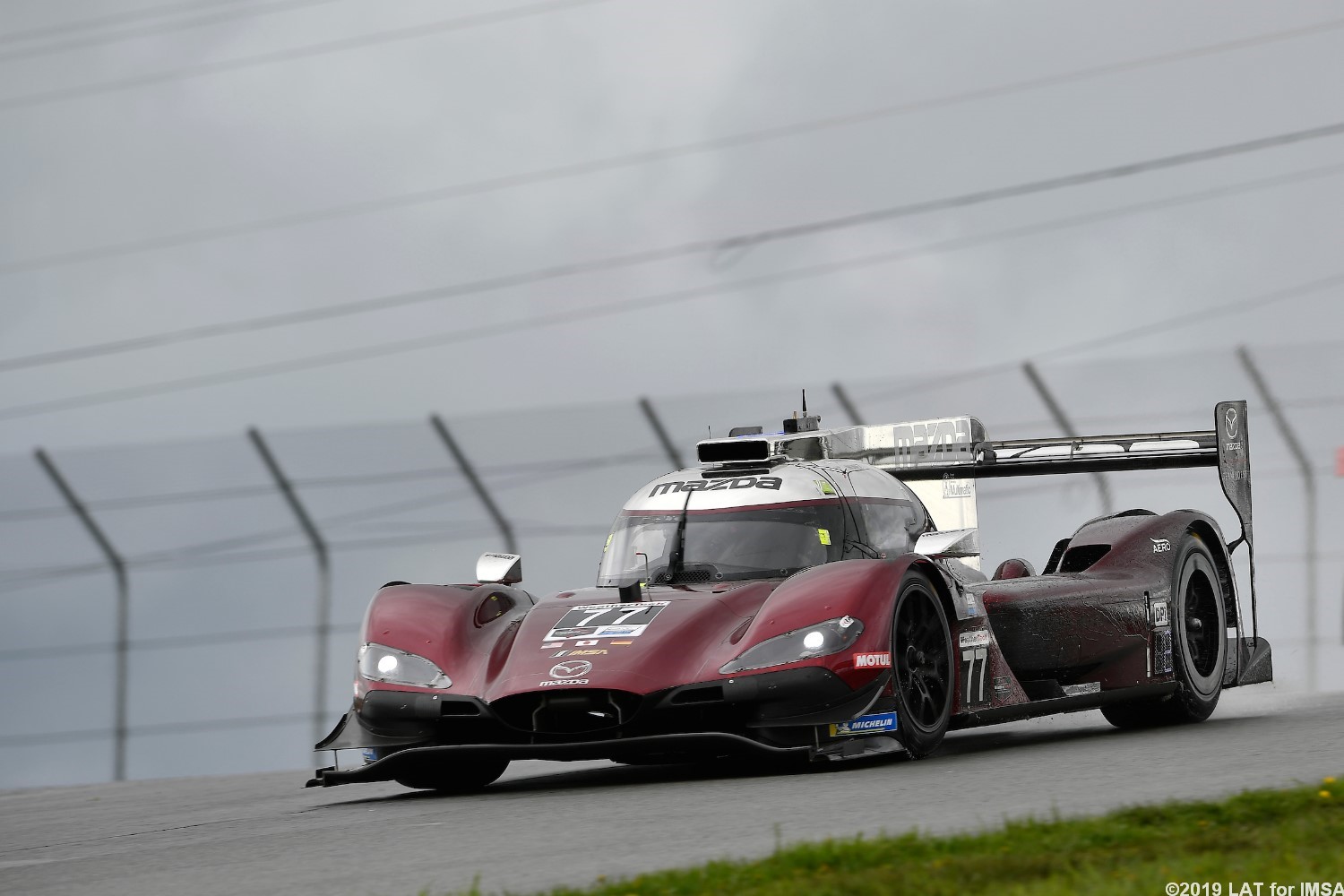 Oliver Jarvis won the pole position for the Acura Sports Car Challenge at Mid-Ohio Sports Car Course Saturday afternoon, beating out Helio Castroneves for the top spot despite slowing on the final lap.

“That’s a special pole because we know the Penskes are very strong here," Jarvis told reporters following his pole run.

“I just gave it everything we got and to get [the] pole by a few hundredths [of a second] at the end, it’s a great start to the weekend."

[adinserter name="GOOGLE AD"]The qualifying session got off to an unusual start when Castroneves made contact with Pipo Derani in the No. 31 Whelen Engineering Cadillac during his out lap. Castroneves’ car suffered minimal frontal damage.

Bourdais on Pole in GTLM

Sebastien Bourdais took the pole in the GT Le Mans class after an exciting qualifying session that saw the provisional pole go back and forth between Bourdais, who is subbing for Joey Hand in the No. 66 Chip Ganassi Racing Ford GT, and Laurens Vanthoor in the No. 912 Porsche 911 RSR.

The two drivers swapped positions on the leader board four times, with Bourdais finally posting an elapsed time of 1 minute, 19.124 seconds in his final flying lap of the session to edge out Vanthoor by 0.275 seconds.

Richard Heistand won the pole position in GT Daytona, piloting the No. 14 AIM Vasser Sullivan Lexus RC F GT3 to the top of the class with an elapsed time of 1 minute, 24.281 seconds.

Keating initially had qualified second in the class, but lost his best time due to a pit infraction committed during a red flag, which was brought out due to the No. 73 Park Place Motorsports Porsche of Marco Seefried going off-course.

Seefried lost two of his fastest laps due to the incident, and him and teammate Patrick Long will start tomorrow’s race from the 36th and final starting position.

Kyle Masson piloted the No. 38 Performance Tech Motorsports machine to the top spot in the two-car Le Mans Prototype 2 field, with an elapsed time of 1 minute, 14.877 seconds. Masson had no trouble taking the top spot as he was nearly seven seconds faster than his lone class competitor, Eric Lux, who could only post a fastest lap of 1 minute, 21.752 seconds after making contact with Dane Cameron’s No. 6 DPi during the session.

The Acura Sports Car Challenge at Mid-Ohio gets underway Sunday at 1:30 p.m. EDT, with live coverage on NBCSN and IMSA.tv.