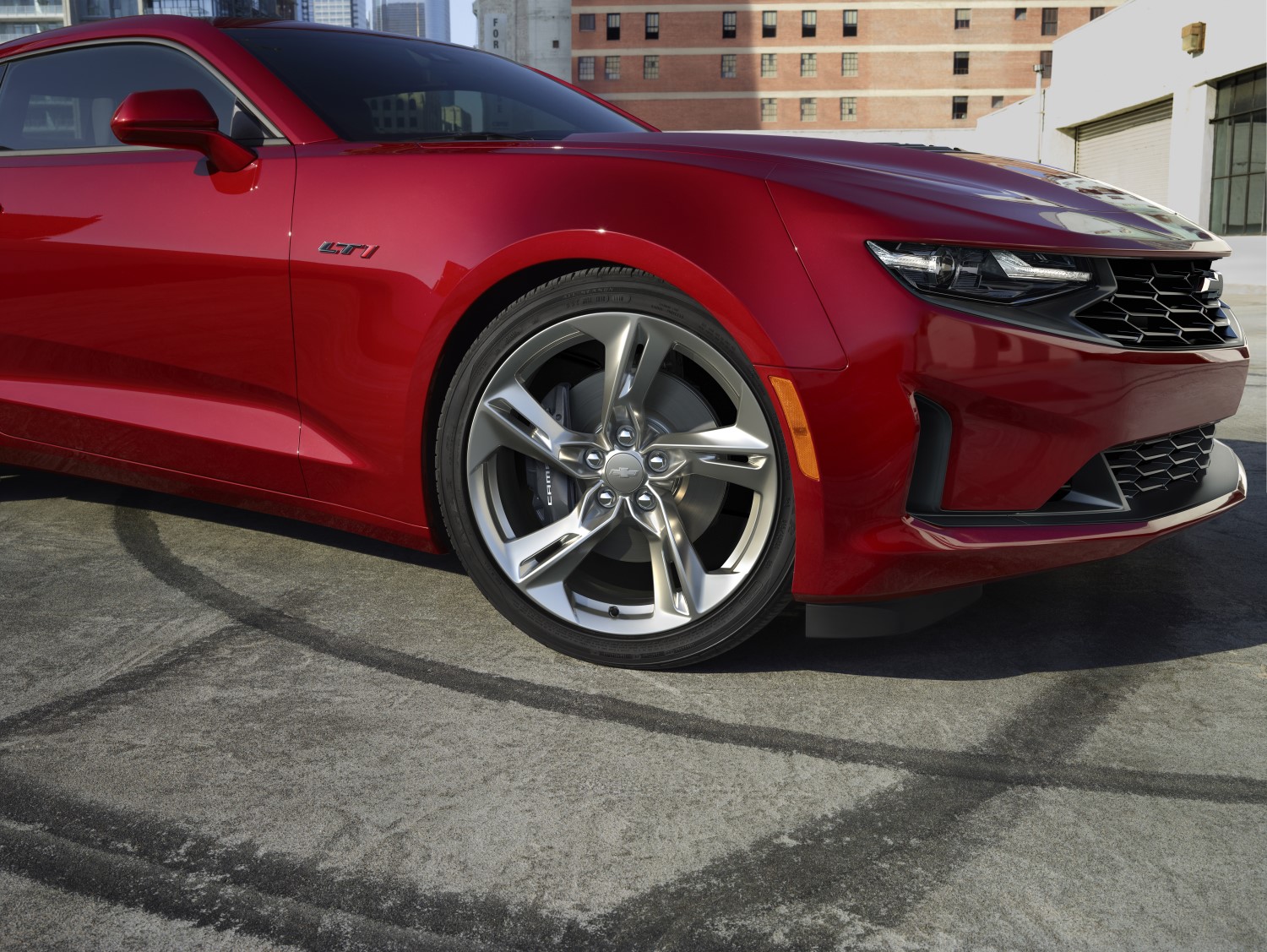 A new front-end appearance for the SS and a new LT1 V-8 performance model add style and choice to the 2020 Camaro lineup, while a newly available 10-speed automatic transmission enhances models equipped with the available 3.6L V-6 engine.

The new Camaro SS front-end appearance is based on the distinctive design of the Camaro Shock show vehicle that debuted last fall at the SEMA Show. The SS now features a repositioned bowtie emblem in the upper grille and a body-color bar between the upper and lower grilles.

“Customers spoke, and we listened," said Steve Majoros, director of Chevrolet passenger car and crossover marketing. “The overwhelmingly positive reaction to the Shock’s stylized design helped prompt its transition from concept to production."

The new LT1 model combines the content and design of the Camaro LT (1LT trim) and SS. It is powered by the 455-horsepower (339 kW) LT1 engine, making it the most affordable choice for V-8 performance in the Camaro lineup with a starting MSRP of $34,9951 (including destination).

The Camaro LT1 is offered in coupe and convertible models, with a standard six-speed manual transmission or an available 10-speed automatic. Additional details include:

“The new Camaro LT1 is a great choice for those seeking a pure V-8 performance experience," said Majoros. “And at less than $35,000, it will be one of the most affordable V-8 performers on the market."

A newly available 10-speed automatic transmission is now matched with the 3.6L V-6 engine in Camaro LT models. It is based on the 10-speed design offered with the Camaro SS and ZL1 but tailored for the performance parameters of the V-6.

Additional 2020 updates include a new exterior color and an expanded range of available features across the lineup, giving customers more ways to personalize their new Camaro: