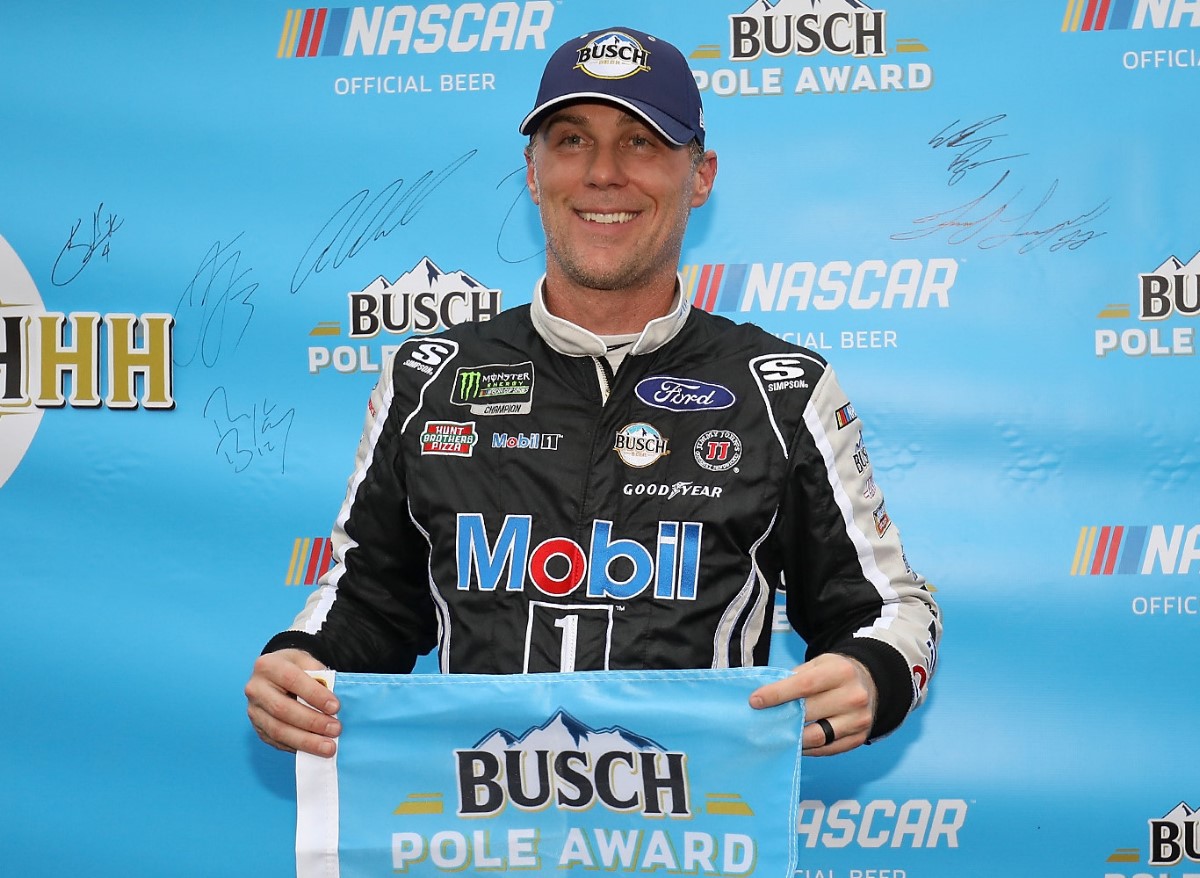 On Friday afternoon at Richmond Raceway, Kevin Harvick and his No. 4 Stewart-Haas Racing Ford got through the corners better than everyone else in winning the unofficial pole position for Saturday’s Toyota Owners 400 at the 0.75-mile track.

The unofficial Busch Pole Award was Harvick’s third at Richmond, his second of the season and the 27th of his career, setting up a showdown with the Joe Gibbs Racing and Team Penske cars that have monopolized Victory Lane in the first eight Monster Energy NASCAR Cup Series events of the season.

“The cars definitely had a little fall-off," Harvick said. “I was just really just managing the fall-off and just trying to be consistent with the laps, but stickers (new tires) were definitely faster in the first round than they were in the second and third round."

Harvick was sixth in the first round, second to Kyle Busch in the second round and first with the pole at stake. Martin Truex Jr., Chase Elliott, Austin Dillon, Daniel Suarez and Jimmie Johnson earned positions six through 10 on the grid, respectively.

For the first time, NASCAR limited each round to five minutes, with seven minutes between, condensing the entire qualifying session to 29 minutes. For Jones, who had a pit stall near the exit from pit road, the time limits weren’t an issue.

“Short tracks, I think it’s fine," Jones said. “It’s a little hectic in the first round and even in the second round, but it’s easy for me to say. We had a great pit stall being first out. I could just roll out, and here it doesn’t benefit you to wait so you just roll out and get your lap in."

Harvick was fast last week at Bristol, only to have his prospects crushed by a pre-race penalty for multiple inspection failures and an early loose wheel that forced an unplanned pit stop. But at Richmond on Saturday, he’ll be leading the field to green.

Nevertheless, there are plenty of unknowns, including a new Goodyear tire combination.

“As you look at this place, this is really one of those places where you kind of have to go off of what happened last time," Harvick said. “New tire, so you don’t really know exactly what the cars are going to do deep into runs as far as how bad they will push, will the get looser.

“What conditions will you be fighting? We wind up guessing a number of times when they change the tires like this, because you don’t know what to anticipate."