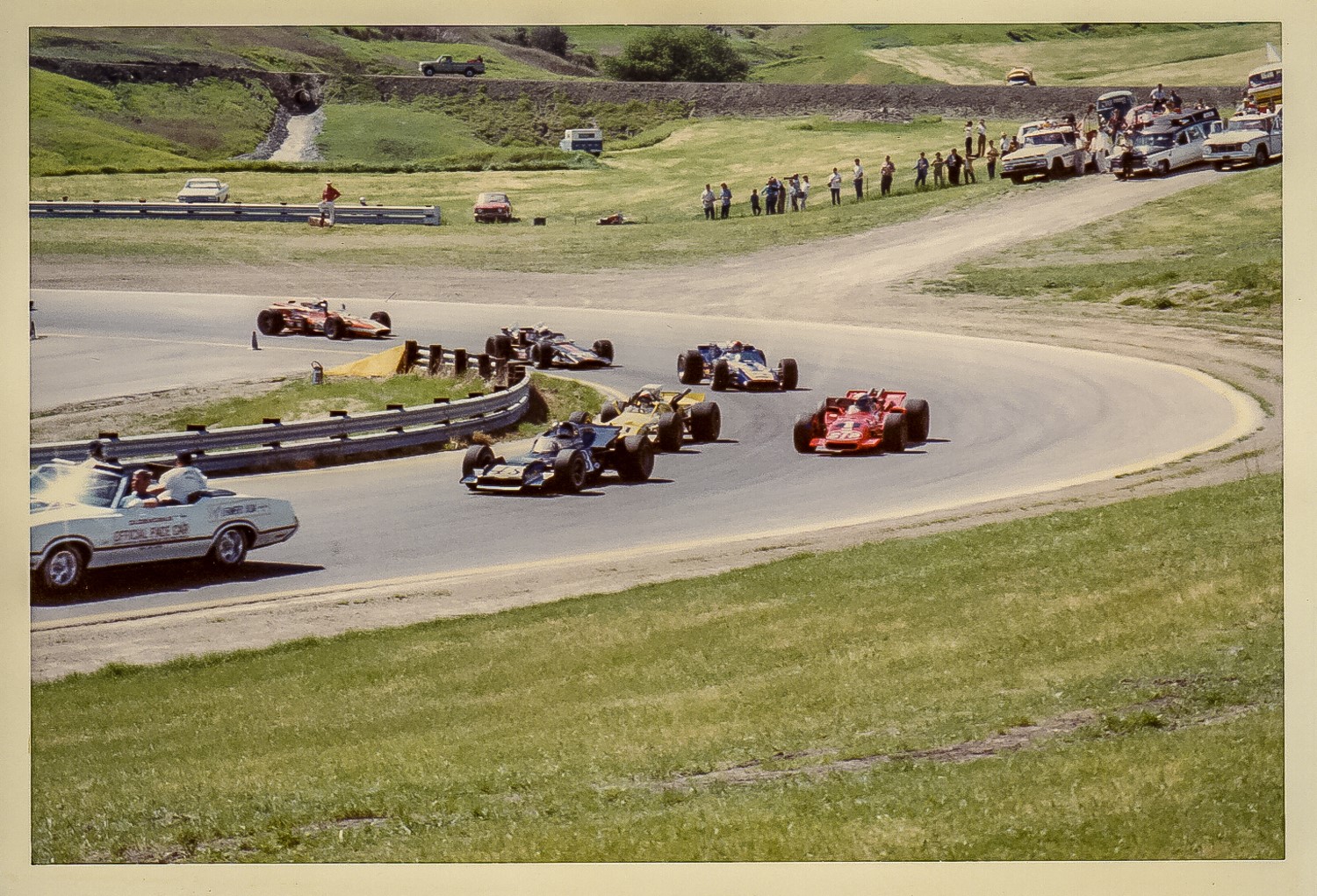 In addition to practice and qualifying on Friday, Saturday’s main event featured the 60-lap Golden Gate 150, as well as a stock car demonstration and motorcycle side car race.

[adinserter name="GOOGLE AD"]Andretti claimed the pole for the race and led the first three laps, but Gurney took the lead on lap 4 and never looked back before taking the checkered flag. Al Unser, Johncock and Rutherford rounded out the top-five finishers.

Only eight of the 25 cars that started the race crossed the finish line. The bulk of the field was eliminated by mechanical issues.

After this event, major open-wheel racing wouldn’t return to the Sonoma Valley until 2005 when the Indy Racing League (IRL) made its road-course debut. The Argent Mortgage Indy Grand Prix, held Aug. 26-28, 2005, marked the first-ever event on a permanent road course in the 10-year history of the IRL, as well as the first world-class open wheel race in Sonoma in more than 30 years.

Tony Kanaan did push-ups in victory lane after claiming victory in the 80-lap inaugural event.