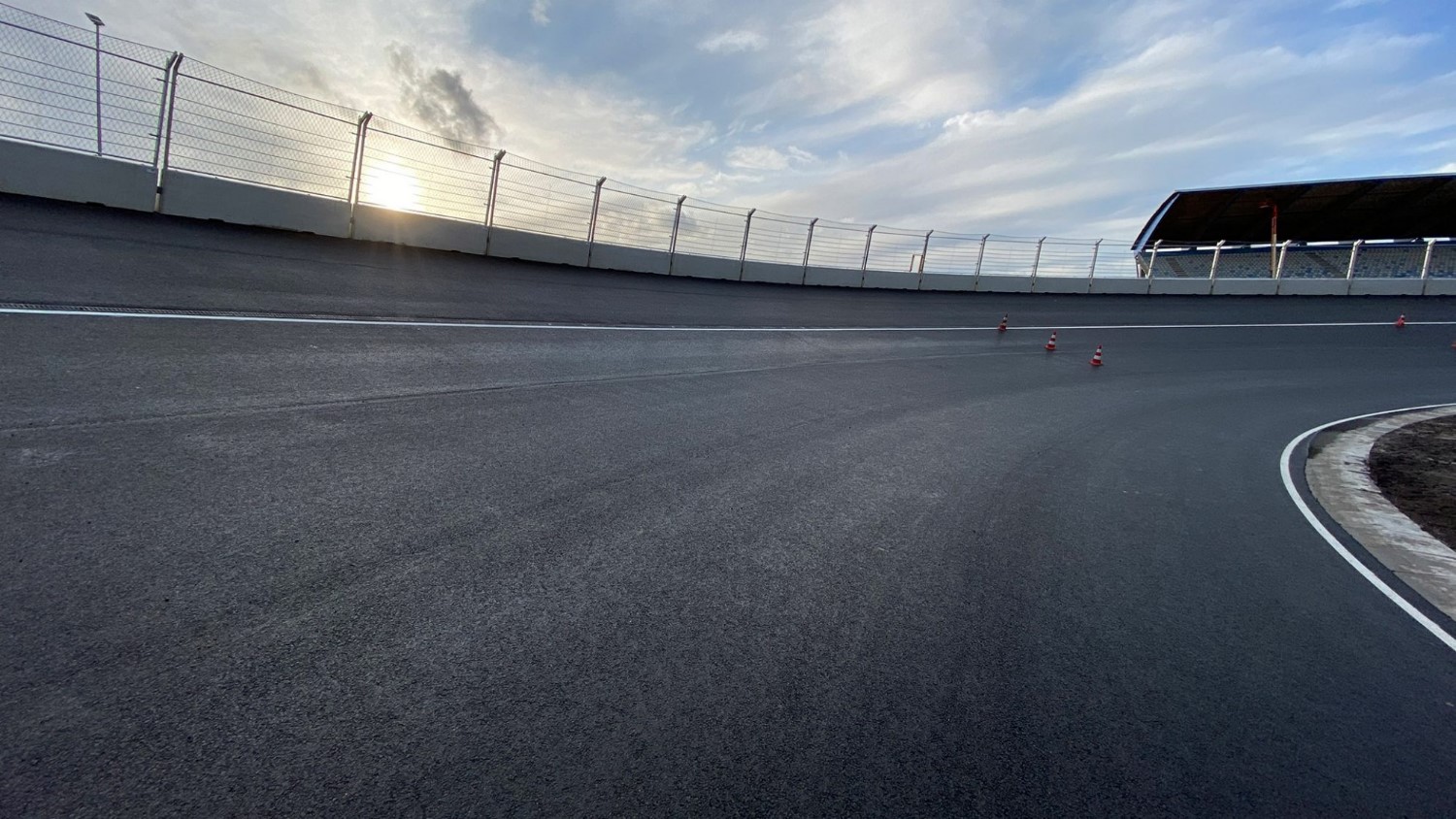 "Although it is still a work in progress, a number of things do not correspond to reality," the Italian told F1 Maximaal.

"It is especially clear to me that the corners are noticeably less dramatic than is the case in the real world. The old, unchanged corners are pretty much the same, but the Hugenholtz bend, for example, is much steeper in real life.

"In the game, the corner even looks somewhat flat. This is very different to what the drivers will experience in real life," Zaffelli added.

He said the best evidence of his claim is the feedback he received when Max Verstappen became the first driver to steer a F1 car around the track recently.

"He said to me 'Wow! I couldn't even see the apex of the corner'. The same applies to turns 11 and 12, the former Audi S, which will be much more challenging for the drivers in real life," said Zaffelli.

"It is what makes the circuit such a big challenge for the drivers – a lot of corners are blind."

Zaffelli said other details of the circuit are also not depicted correctly in the game, including the grandstands in the approach to the first corner.

"That whole dune is no longer there," he said.

He said he thinks he knows why the errors appear in the game. "As far as I know, Codemasters obtained the data about Zandvoort from FOM at an early stage, before any adjustments were made to the circuit at all.

"I assume they did not receive an update since the track was rebuilt. Dromo (Zaffelli's company) was not approached for that, but it does not alter the fact that we would like to help to get the circuit in the most realistic way possible," he added.

"If Codemasters make some adjustments before the game is released and they can dot the i's, it will be a great experience for the players."