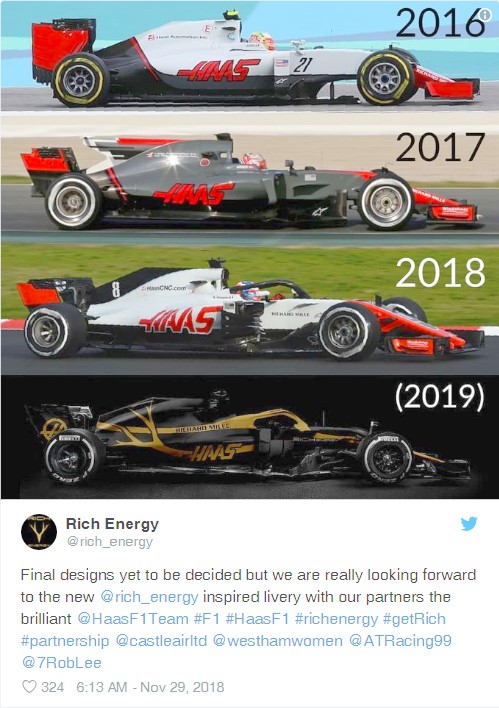 Black & Gold may be back in Formula 1 next year as Rich Energy revealed a livery option for the Haas cars they will sponsor next year via the tweet to the right.

The first time the black and gold livery broke cover was for the 1972 season as John Player Team Lotus and the final season in 1986 on the Lotus 98T.