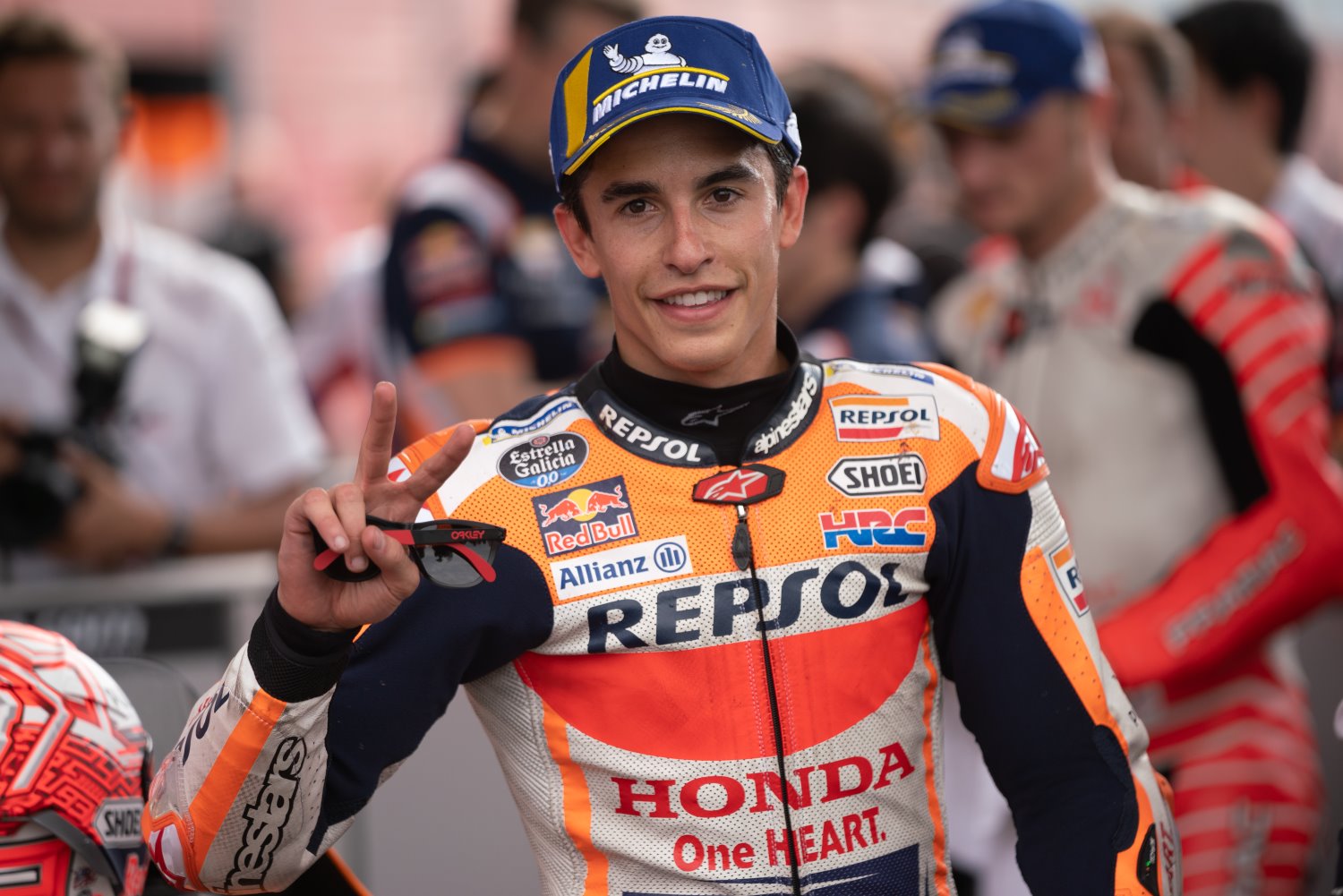 Valentino Rossi will launch from P4, ten places higher than where he started in Qatar, with last season’s pole man Miller completing a top five covered by just 0.244.

Saturday’s proceedings at the Argentina GP opened with the always-exciting Free Practice 3 session. Marc Marquez was fast from his first lap and quickly moved to top the session and became the first rider to set a 1’38. The final ten minutes of the session saw the customary time-attack for passage to Q2.

[adinserter name="GOOGLE AD"]Despite early fears, the weather held for qualifying and an ambient temperature of 27Â°C and track temperature of 39Â°C helped produce a riveting Q2 session. Marc Marquez continued to show impressive speed aboard his Honda RC213V and claimed his fifth pole position at the sixth running of the Argentina GP with a lap of 1’38.304. The reigning champion is confident in his race pace, but knows he will have to wait and see what weather Sunday brings.

Franco Morbidelli (Petronas Yamaha SRT) will start from his best MotoGP™ qualifying position in sixth, with teammate Fabio Quartararo continuing to impress in seventh – just 0.011 splitting the YZR-M1 duo. Crutchlow, who won from P10 on the grid last season, will start from eighth as he aims for the podium on Sunday, with the British rider joined on the third row by teammate Takaaki Nakagami (LCR Honda Castrol) – the Japanese rider 0.734 from pole in P9 after graduating from Q1.

At over 120 kilometers long, Sunday’s Argentina GP is amongst the longest on the calendar. Lights go out on the 25-lap race at 15:00 local time.

Marc Marquez 93
1ST 1’38.304
“In Qualifying I was really focused to push to the maximum and fight for pole position. On the second tire I made a small mistake at the first corner so I cancelled the lap and went back in. We had planned to do three runs and my team was ready. I am happy because it’s never easy to get pole position here, especially this weekend. Our rhythm is there but we need to wait and see what the weather does!"